I had 51 photos to choose from this week.  Remember the slim pickings of January and February?  We've left that far behind.
Up in the Knot garden the iris are really getting going, and a few lupins are starting to show some colour. 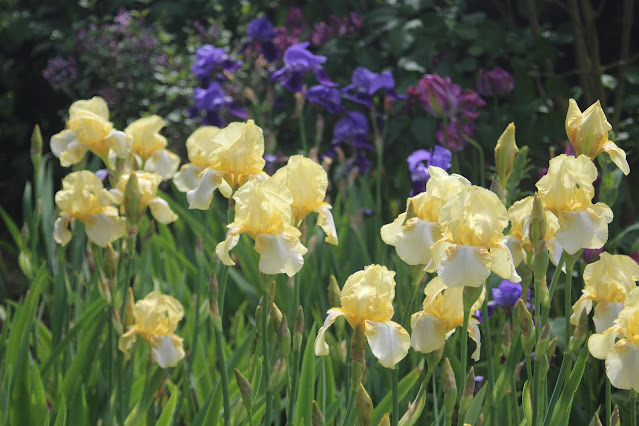 These pale yellow and white iris are a looking wonderful just now. 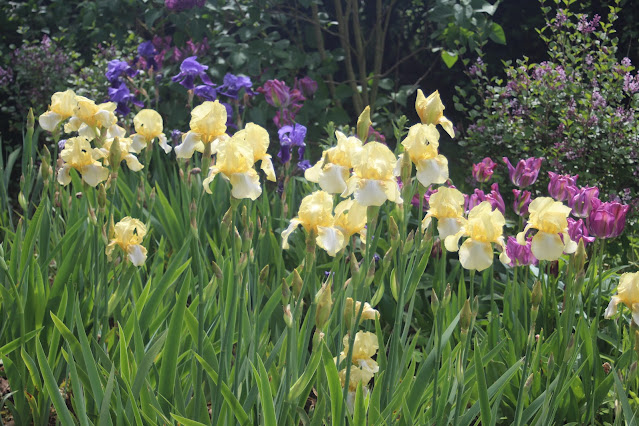 I would love to know the proper names of all the iris, but mostly I don't.  In this case I ordered a variety called 'Latest Style' which is pale blue.  These came instead. 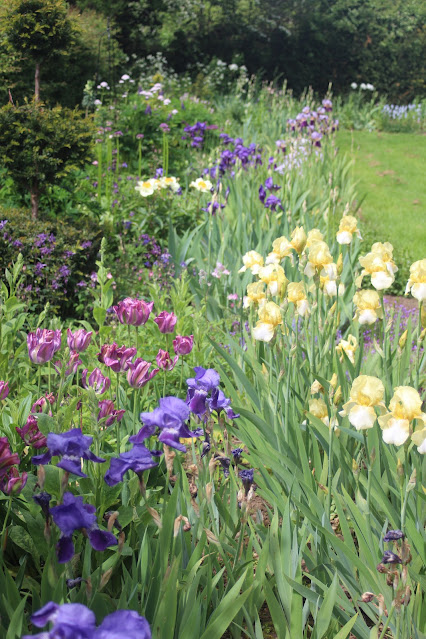 This stunning lavender variety came from an open garden plant stall.  They had been dug up and dumped in a bin liner - no indication of colour even.  I took a chance on them and it worked out well. 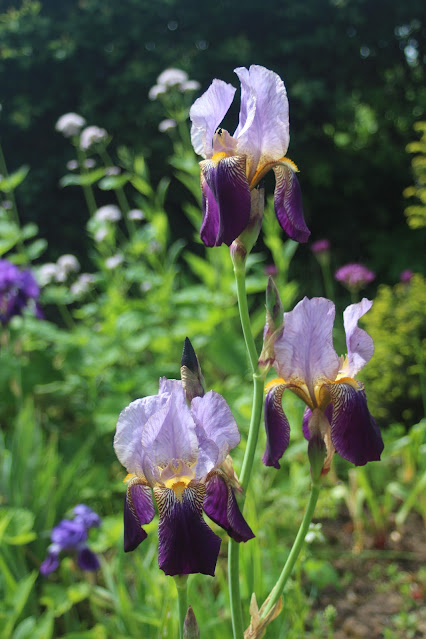 My second choice this week is these Centaurea montana.  On the left is 'Amethyst' and on the right is 'Jordy'.  I think I prefer the slightly brighter 'Amethyst'. 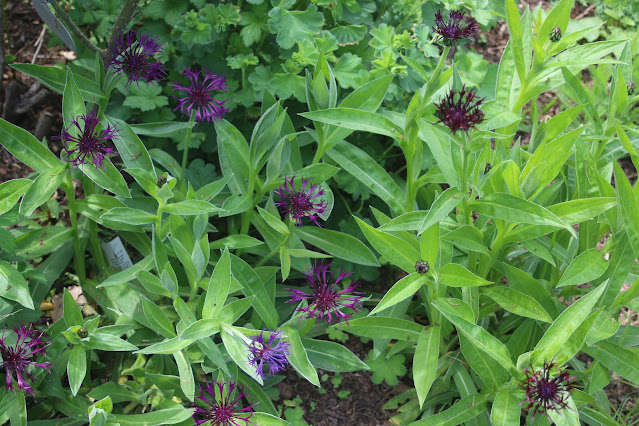 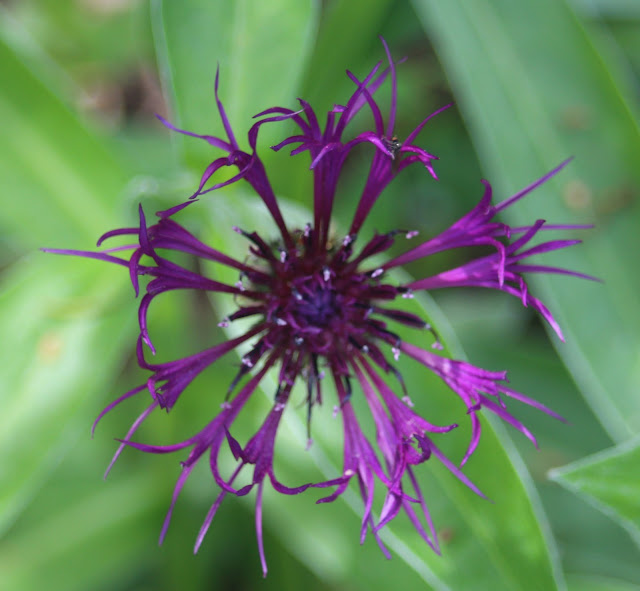 I usually go for a more subtle colour scheme, but  I inherited this planting combination and I enjoy the bright splash of colour it provides.  It reminds me of those rather garish 1950s colour photos.  The Rhododendron luteum is echoed in the yellow Rosa 'Golden Showers' on the house wall. 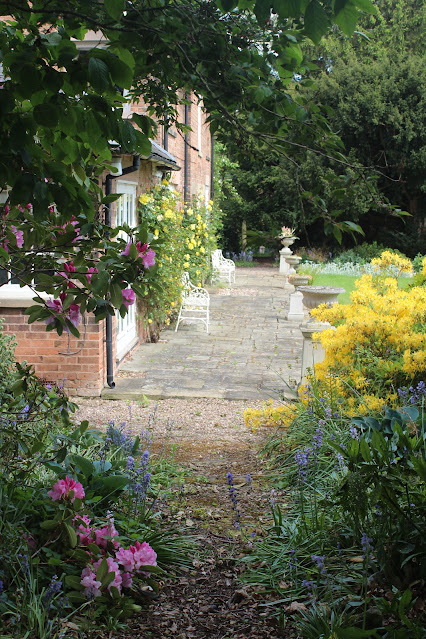 They clash delightfully with the bright pink of Rhododendron 'Pink Pearl' with a scattering of bluebells to compliment them. 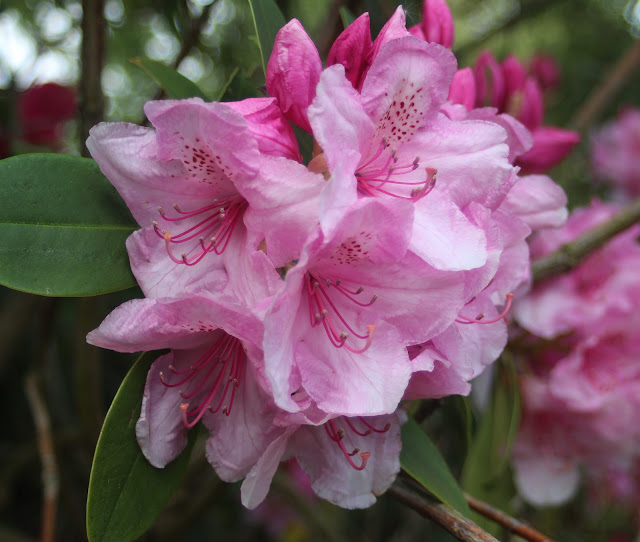 Away from the carefully bred and cultivated garden plants, the Anthriscus Sylvestris is also a magnificent sight. 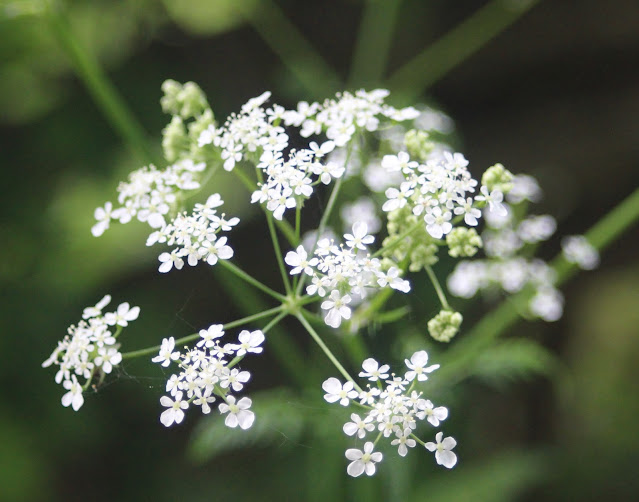 I have my first peony in flower too.  I planted this a couple of years ago, but this is the first time it has flowered.  It is 'Claire de Lune', which is a cross between. P.lactiflora and P.molokosewitschi.  I really wanted a P.molokosewitschi, but if you've ever looked at the price of them you'll see why I chose this one instead.  It isn't the same colour though; it tends towards the cream rather than that delicious cool lemon yellow. 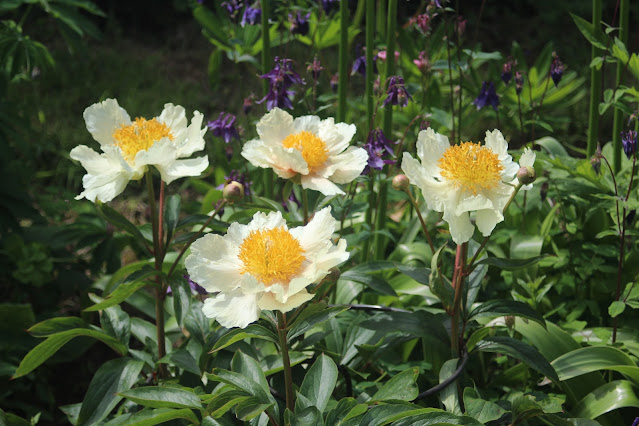 Meanwhile, over at the greenhouse, it's time for the hokey-kokey as the plants are moved in and then out again as they are hardened off. 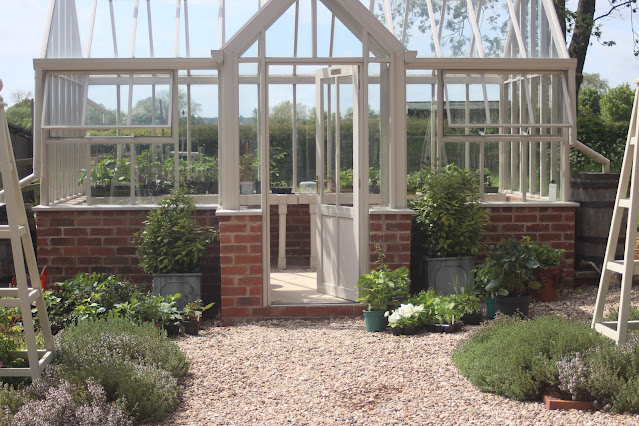 It's mostly Dahlias and some Cannas, but a few bedding plants are in there too so I have something to fill the pots on the terrace.  Last year I planted the Dahlia tubers straight in the ground, and they grew OK but not brilliant, but I've gone back to potting them up as it's not that much more work.
(Who am I kidding?) That's my Six for this week, but I couldn't resist showing you this.  Can you spot them? 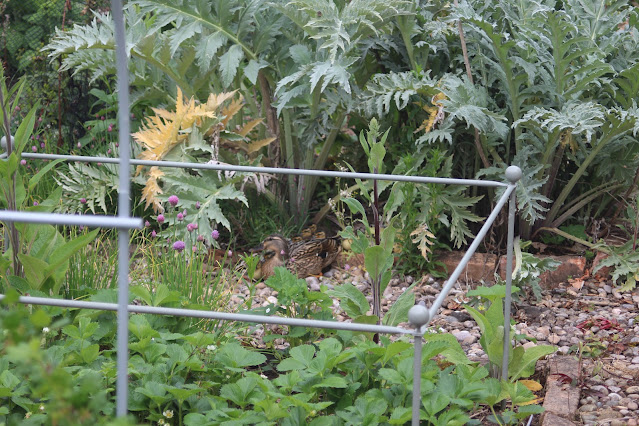 Since Easter a duck has been nesting in the corner of the Potager, snuggled in the corner of the compost bin.  Yesterday those eggs hatched.  I realise I'm not going to win Countryfile Wildlife Photographer with these photos, but they didn't want me to get too close and within an hour or two they had moved on. 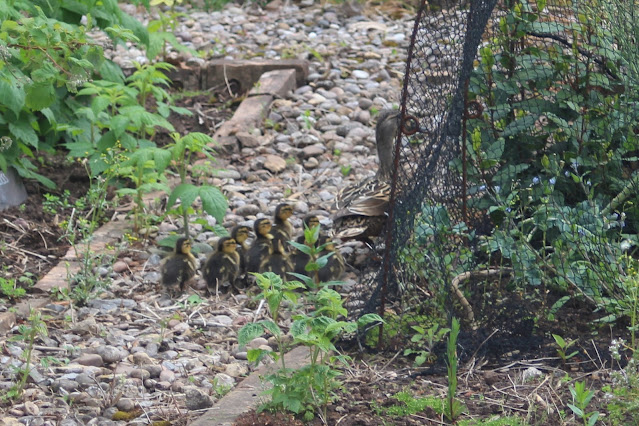 As always, thanks go to the Propagator for hosting Six on Saturday.  Until next week.