After a 'week off' due to Covid, so much has changed in the garden.  Well. it is Spring, so what did I expect?  So by way of a weeny cheat, I'm featuring Six areas of the garden rather than Six things this week.

I'm starting off in the Knot Garden to admire these Tulip 'Apricot Pride'.  If you want a tulip that comes back year after year, then I would recommend this one, which haven't dwindled in size at all. 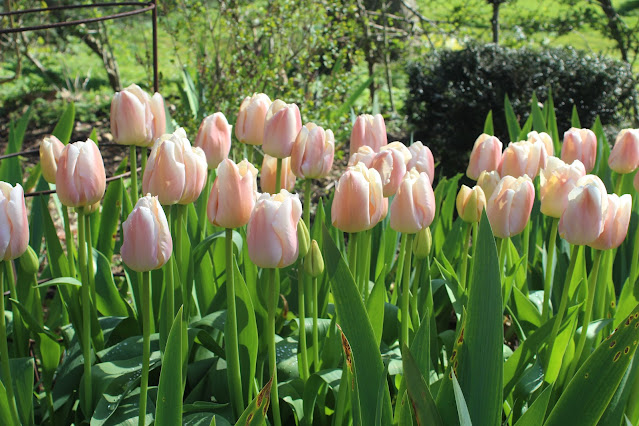 Further along the border is Tulip 'Recreado' which has also come back year after year, although some flowers are a little smaller. 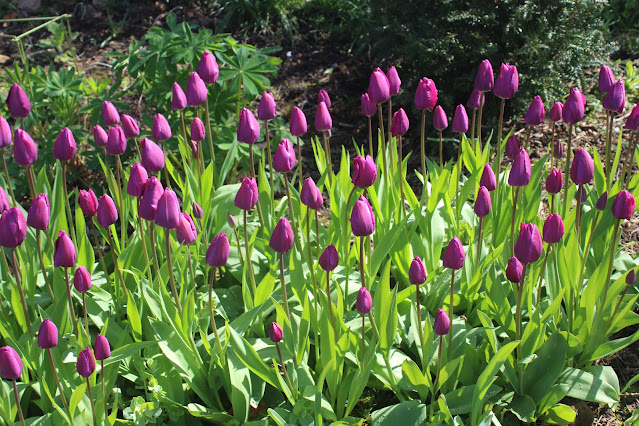 In the Arboretum, the daffodils are out in force.  Delicate white Thalia in the background and a mix of Narcissus 'Bestseller' and 'Actea' in the foreground.  I find the sun shining through the branches of the trees is just as attractive as the flowers. 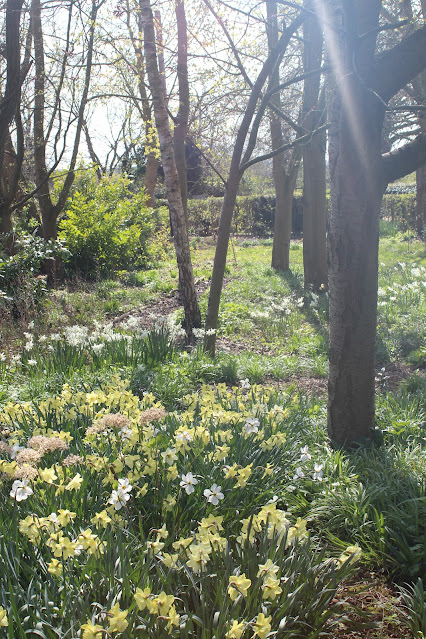 I was glad to see the piece about the narcissus at Cotehele on Gardener's World last night.  These ones badly need splitting up and apparently it is OK to do this now, as if you wait until they have died back you have no idea where they are and what they are.    Which is precisely why I've never got round to doing it before. 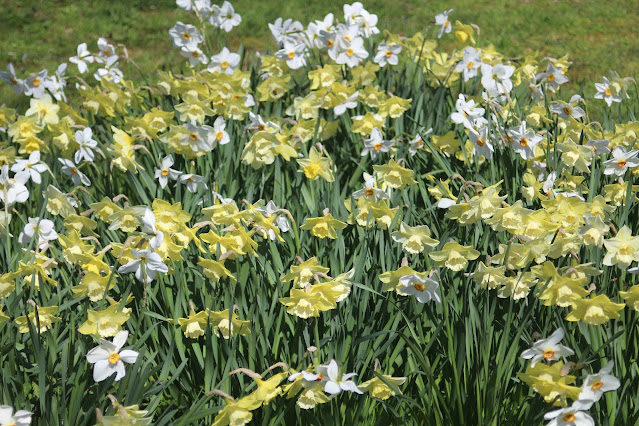 Over in the Front Garden (which obviously needs a better name and any suitably pretentious suggestions are welcome), there are two different white tulips.  In the foreground are Tulip Purissima (White Emperor) and in the border behind is a double tulip Exotic Emperor. 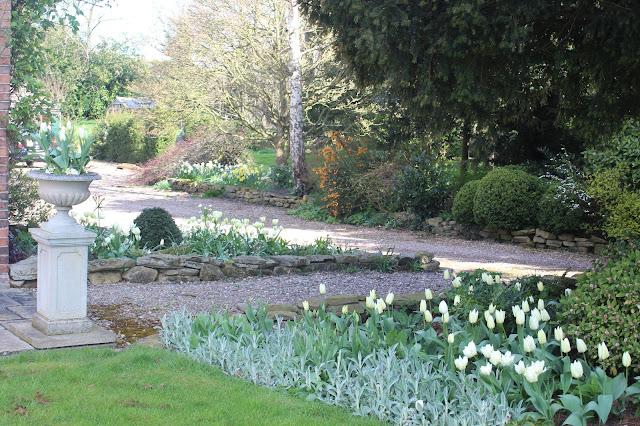 Here is a close up of Exotic Emperor. 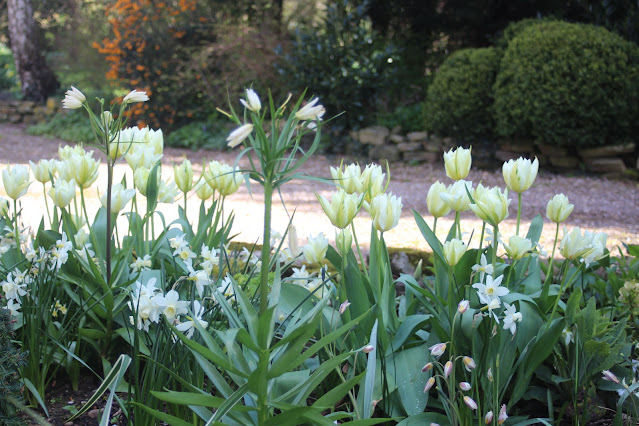 The opposite border is dominated by this Magnolia Soulangeana, looking none the worse for some recent frosty spells (as long as you don't get too close). 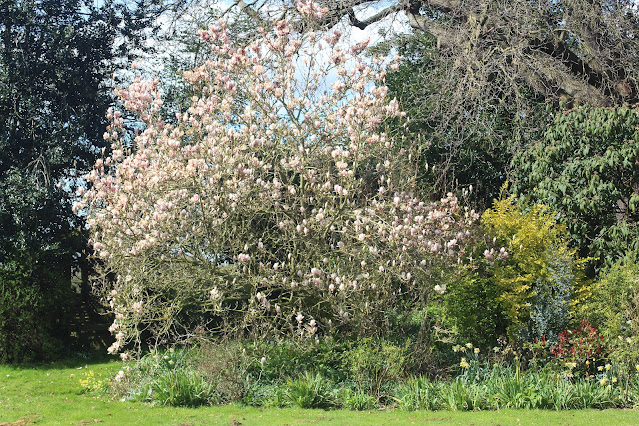 In the Potager, there is some planting to be done this weekend.  I have some potatoes which are nicely chitting.  They are Duke of York (no comment).    The Broad Beans are ready to plant out too I think. 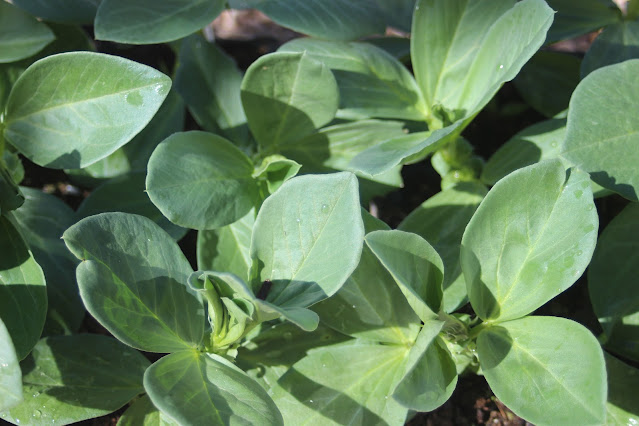 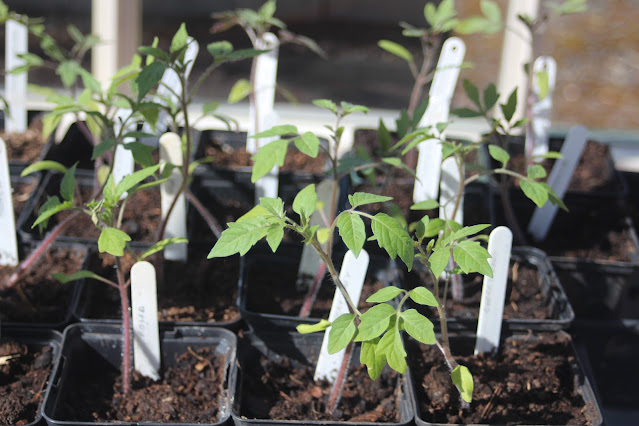 In the Rose Garden the mixed daffodils (not planted by me) make a cheery backdrop. 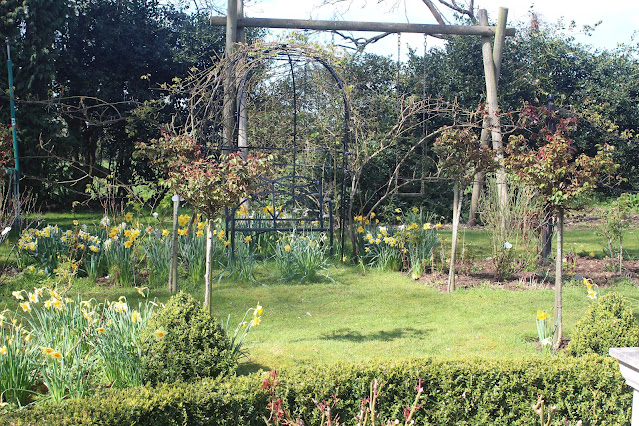 In the central bed, the tulips are white so they don't clash with the daffodils. 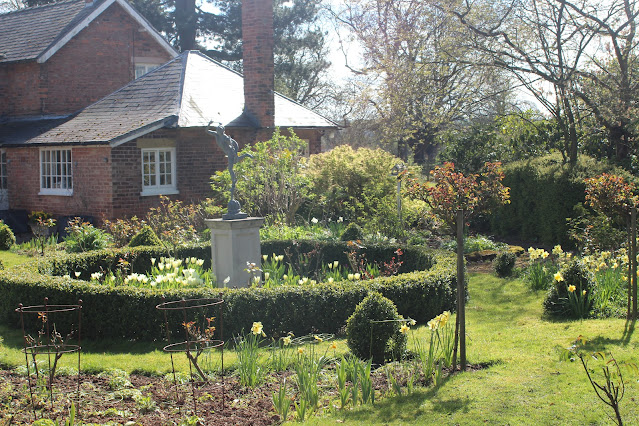 The Rose Garden is bounded by some shrubs, including this Amelanchier planted last year which has had a bit of a hard life (it's leader has died off) but is still flowering its socks off. 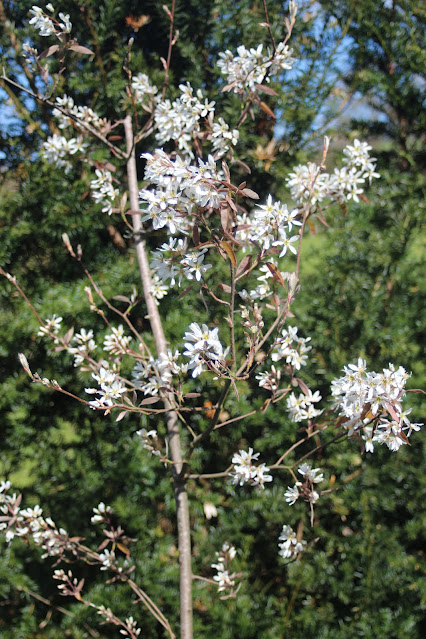 The Pieris is looking good too, its flowers having been joined by some fetching red shoots. 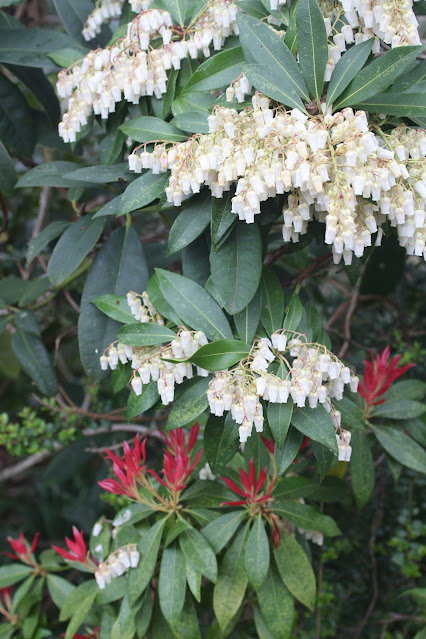 To finish (and about blooming time I hear you mutter) I bring you round to the terrace by the house where there is this little trough of Tete a Tete daffodils.  Cheap as chips from Wilko, this was a surprisingly large bag of bulbs and filled quite a few pots large and small. 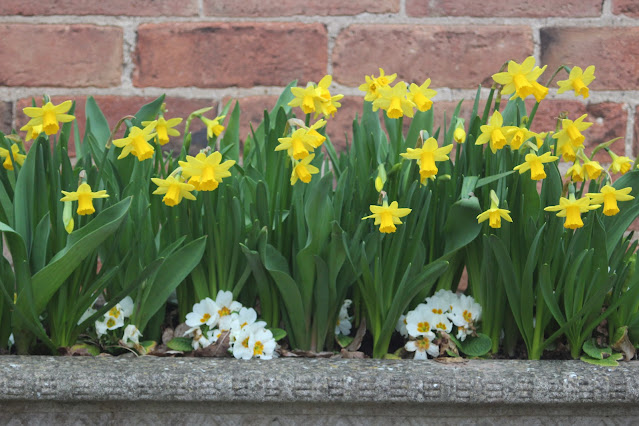 That's all from my garden for this week.  Many thanks to the Propagator for hosting Six on Saturday.