There's been some lovely sunshine this week, and not too much rain, so I've managed to switch into full on gardening every day mode.  It's just as well really, as there is plenty to do.  Not quite panic stations yet, but there are still some roses to prune and they are beginning to put out their new leaves.

Round by the back door there are pots filled with a mixture of Spring flowers that are giving me lots of pleasure at the moment.  It's the first time I've grown Hyacinth 'Woodstock' and they are just beginning to open, and its always exciting to grow something new isn't it?

Up on this windowsill is Narcissus 'Tete a tete' growing in a mixture of pots. 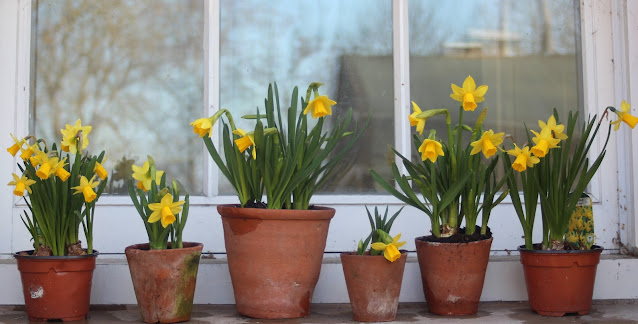 The big task this week has been training, or rather taming, this rose.  It is Madame Alfred Carriere of course, and being a fool I planted two of them, when one would have been quite sufficient.  The first picture is before I started, obviously, but it is just one seasons growth. 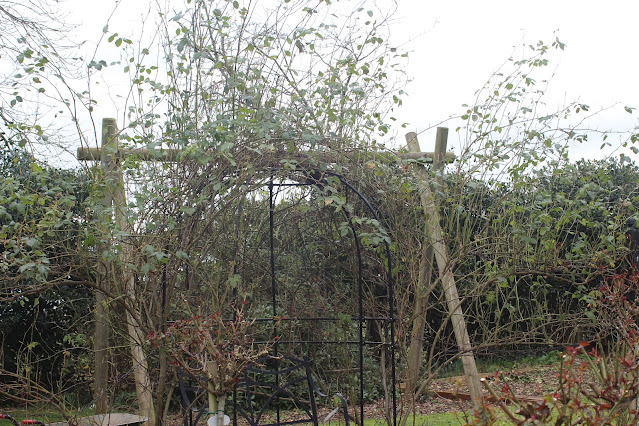 And now for the after picture.  Order is restored.  I had to take the whole thing off it's supports though to get some coverage lower down.  There is a central arbour with a bench in it and then chains extending to either side fastened to upright posts. 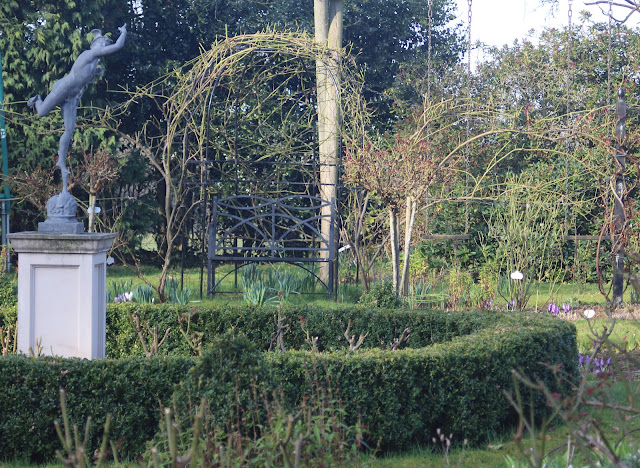 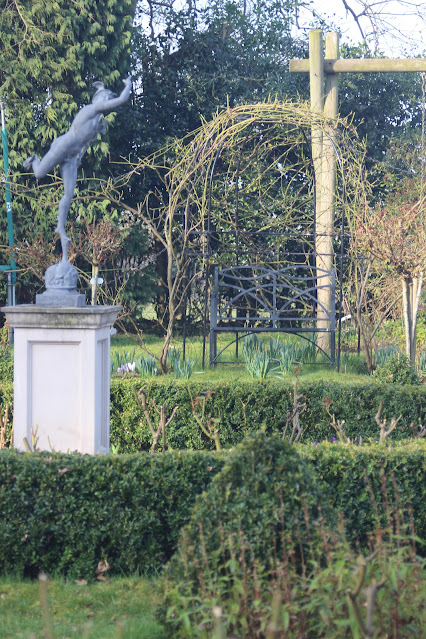 In other rose news, I planted Rosa 'Gertrude Jekyll'  who arrived last week.  There can be problems with rose replant disease, as you know, so I followed the advice of Bunny Guinness who recommends planting them in fresh soil a wine box.  The idea being that the box prevents the rose coming into contact with the contaminated soil and by the time the box has broken down the rose is well established.  (Fun fact - I found out today that Bunny Guinness is David Austin's niece.) 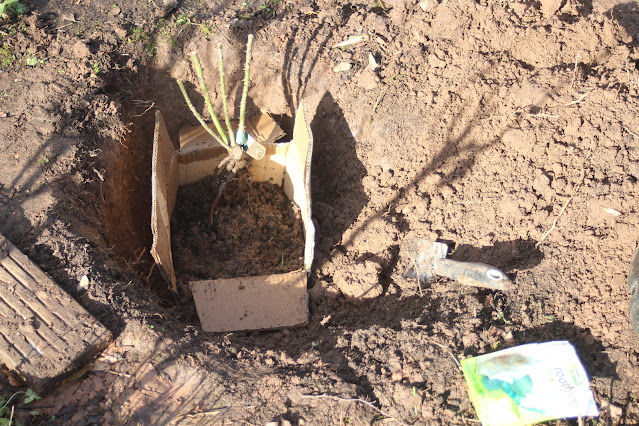 Most of the floral interest in the garden is provided by the daffodils at the moment.  There are double yellow ones (Narcissus Telamonius Plenus) in the orchard ... 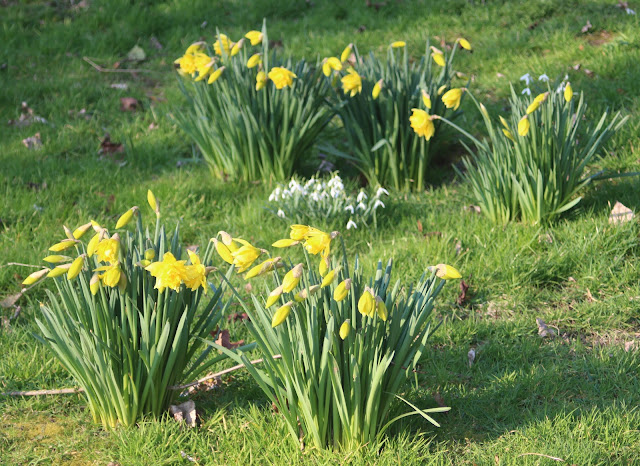 and 'February Gold' continues to open up in the woodland. 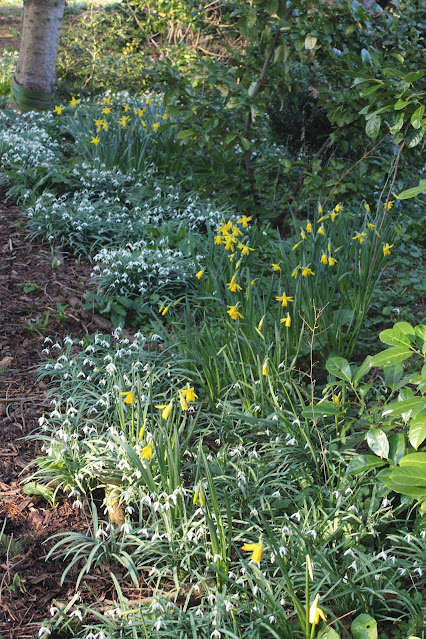 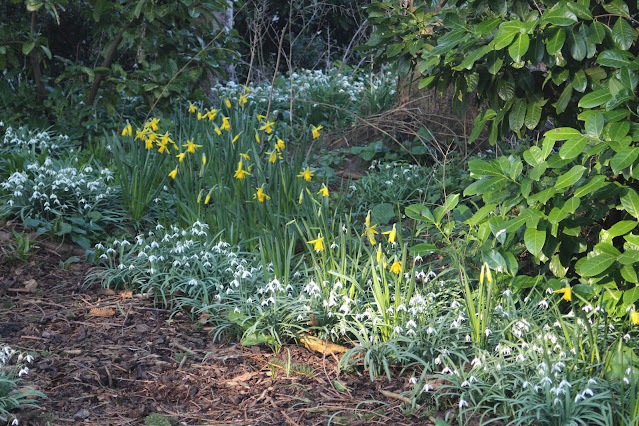 I was surprised to see this aubretia in flower already.   The rest of them are sensibly waiting a little longer. 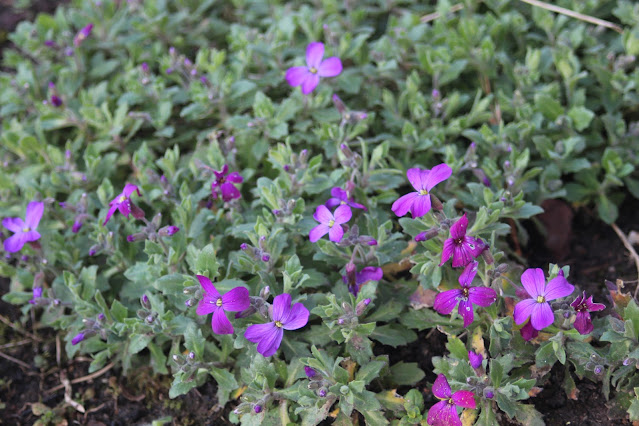 That's my six for this week, but there are plenty more over on the Propagator, who kindly hosts Six on Saturday.
Labels: daffodils Spring Gardens The Rose Garden