Happy New Year to you all.  I'm not sure quite when the garden decides the old year is over and a New Year has begun?  There are signs of new growth - bulbs pushing through their pots of compost in the greenhouse, and of course the ever reliable snowdrops are beginning to sprout too.

I found my first Hellebore flower today.  It was hiding its face under the leaves, as they do.  It's nothing fancy, just one from a plant stall at an open gardens many years ago.  I find the single white flower with its purple speckles just as welcome as the fancier kinds. 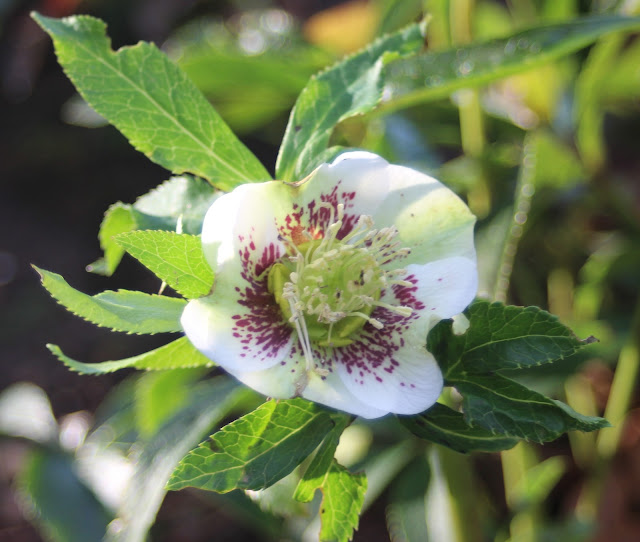 This Sarcococca is looking fine at the moment.  The black berries and white flowers both at the same time are rather eye catching.  Sadly the one other other side of the front door has been looking rather sickly for a while now.  It's leaves are light green rather than this nice deep colour.  I'm not sure why it's so unhappy. 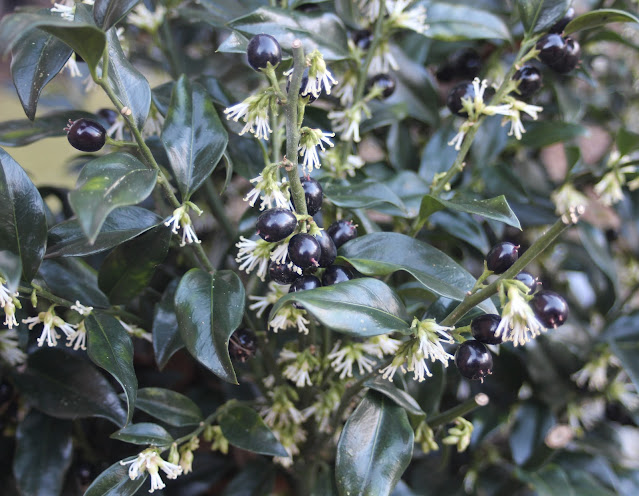 The next picture shows a half completed job.  The soil in the Potager leaves a lot be desired, so Mr B has built a raised frame for me to fill with lots of good stuff, so that the courgettes and beans will be fabulous this year.  All that remains is for me to get a move on spread these bags of manure and top up with barrow loads of home made compost. 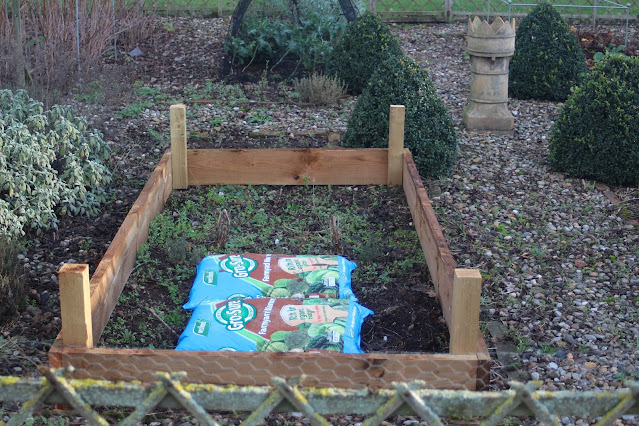 Next we have the first seeds to be sown for 2022 - Sweet Peas.  These are a mix from Sarah Raven called 'Midnight Blues'. They are soaking overnight before being planted in cardboard tubes.  I read that a heated propagator is then recommended to get them to germinate.  I'm tempted to try putting them on the kitchen floor which has underfloor heating, but I think the cats won't be able to resist poking  battering them. 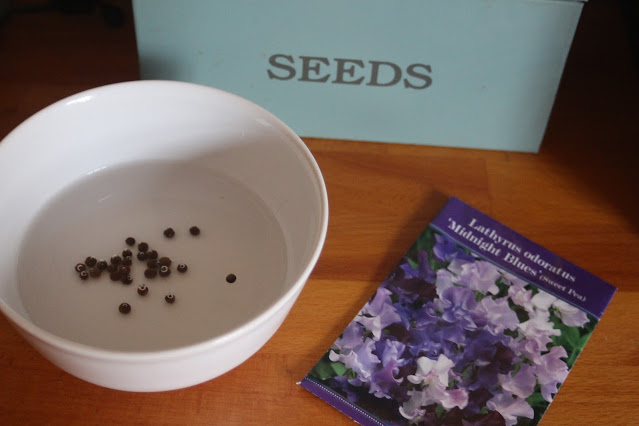 Back outside now, and this foliage combination caught my eye.  The Sisyrinchium and the Bergenia both produce plenty of dead leaves which need to be removed by hand, but it is worth it to have some green to look at among all the dead browns of an herbaceous border. I'm finishing with Helleborus Niger, which I did include in a previous six - but that was last year.  So under the rulz (I just made up) I'm including them again because they are simply covered in flowers, and therefore probably the best thing in the garden at the moment. 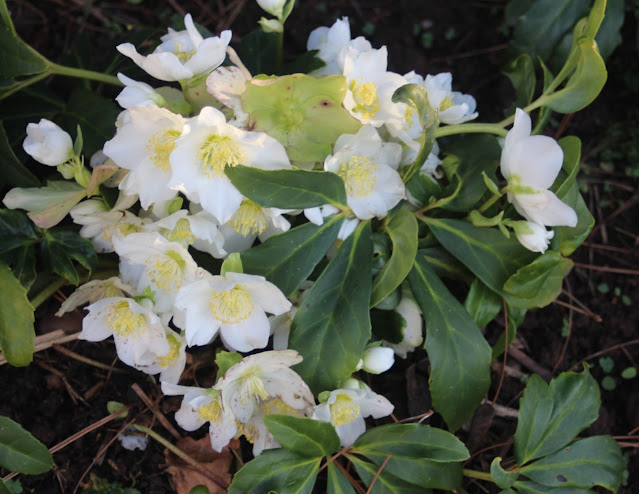 I just need to persuade them to grow a little closer and cover the gaps.  You'll notice that the Scots Pine has covered everything liberally with pine needles. 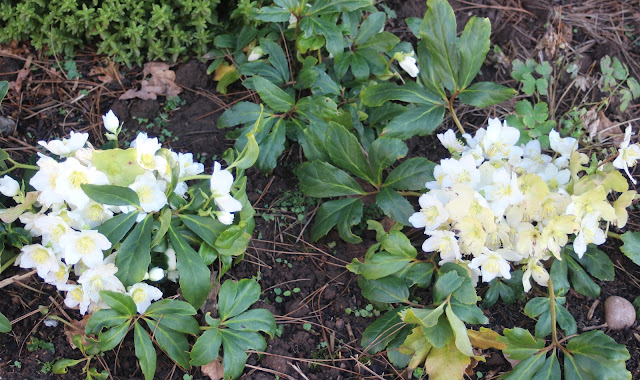 That's all from my garden for this week, but there is much more to find on The Propagator who kindly hosts Six on Saturday.