It has come to that time of year again when the excitement of sharing what's going on in the garden, turns to worry about whether there will be enough to fill my Six on Saturday.  Keeping this going right through to Spring is a challenge, but who doesn't love a challenge?

So lets go straight in to number one with this Mahonia x media. 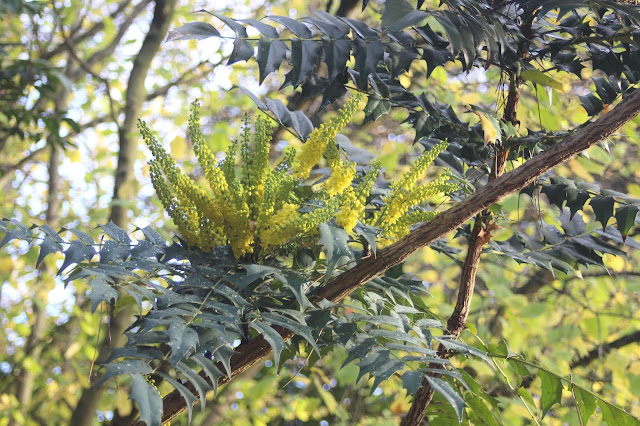 It looks particularly good with against the yellow of the Beech behind it.  This plant is being gradually reduced back, so next Spring the last of these 10ft branches will be removed. 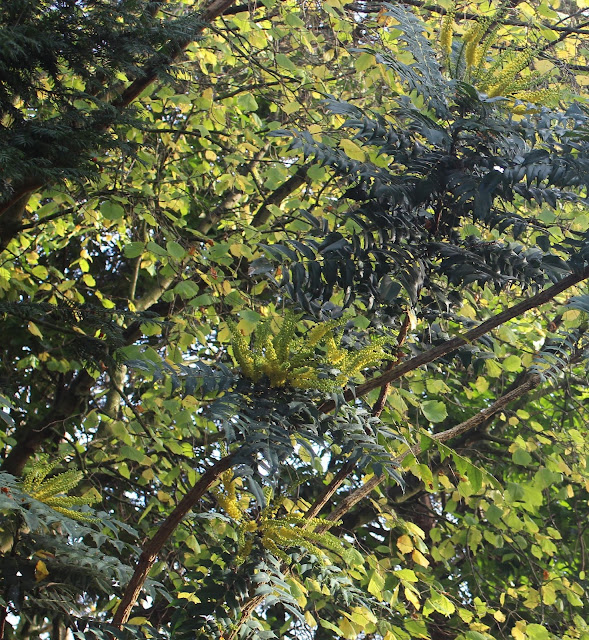 Cotinus Royal Purple is still hanging on to most of its leaves, particularly on the higher branches.  They are a good autumnal burgundy.  I'm not sure whether this one is ready for cutting back next year.  The plant is three years old and is planted in the Long Border, so I don't want it to get too large. 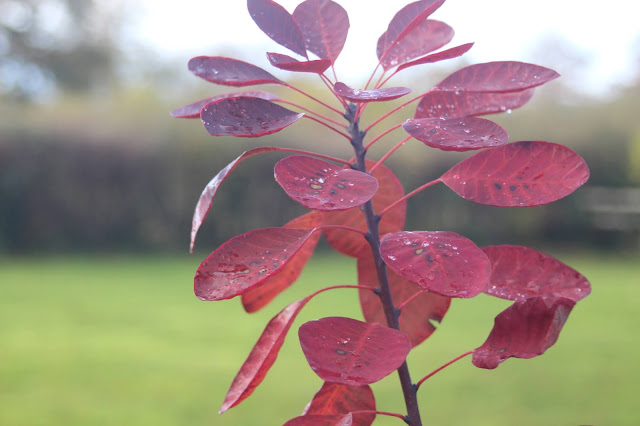 Further along the border is Euphorbia Wulfenii, whose glaucous grey colouring (is grey ever not glaucous?) contrasts with the brown of the birch leaves covering the ground behind.  I love the way the stems curl over at the end as if they are having a little sleep. 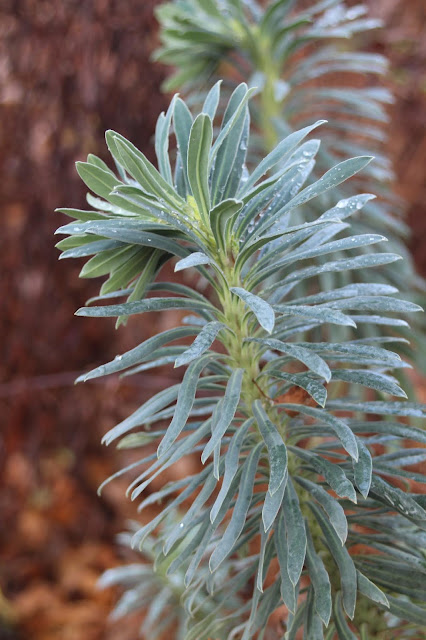 If I wrote a description of this next photograph I fear that I would end up in 'Pseuds Corner'. (It is, or at least was, a column in Private Eye magazine which poked fun at pretentious writing).  So I will keep it short and simply say I think that the dark purple of the Sedum looks rather nice next to the green and brown Persicaria leaves. 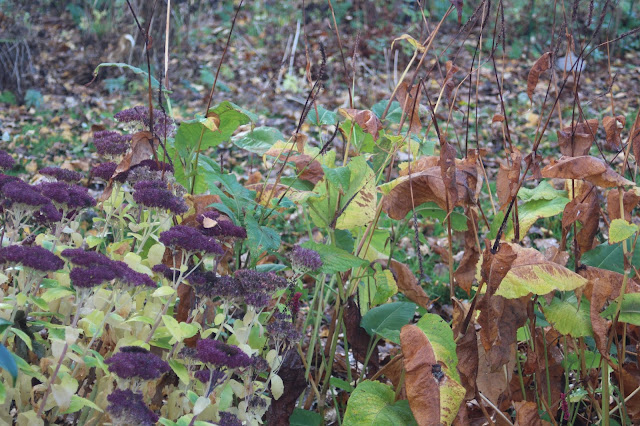 If you are a fan of brown in the garden (and we take our pleasures where we can at this time of year) you may admire the faded flowers of this Wood Aster. 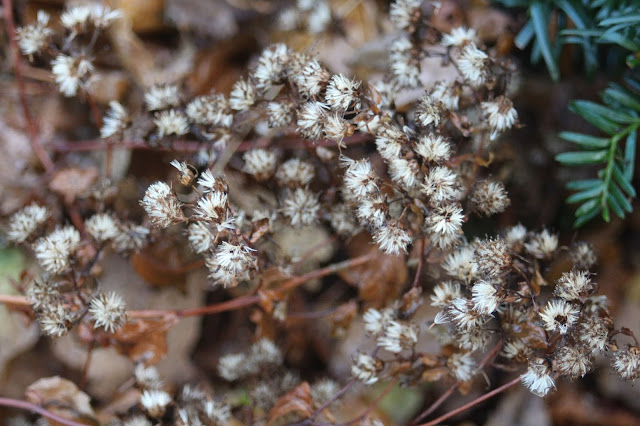 As we approach the beginning of December I've noticed a few Christmas decorations appear in shops and front gardens.  And so it is here, where this Christmas Rose has begun to flower. These Helleborus niger had struggled to get through the hot dry Summers we've had recently, but this year the weather has suited them better and they are looking quite happy and healthy. 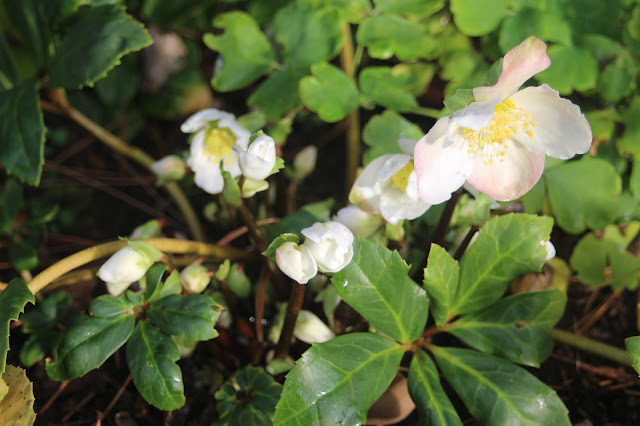 That's the end of this weeks Six, but if you would like to see more gardens from around the world do head over to the Propagator who kindly hosts Six on Saturday.