The heat wave of last week has been followed by strong winds and heavy rain.  The plants have suffered somewhat from this harsh regime.  Thank goodness for some plants from the southern hemisphere which are starting to do their thing.

First stop is South Africa, where the Agapanthus are blooming away.  I had a clump of these from my Nana's garden, via my parents, so they are a family heirloom. They are now being passed further along the chain and have made their way to my Sister-in-Law too. 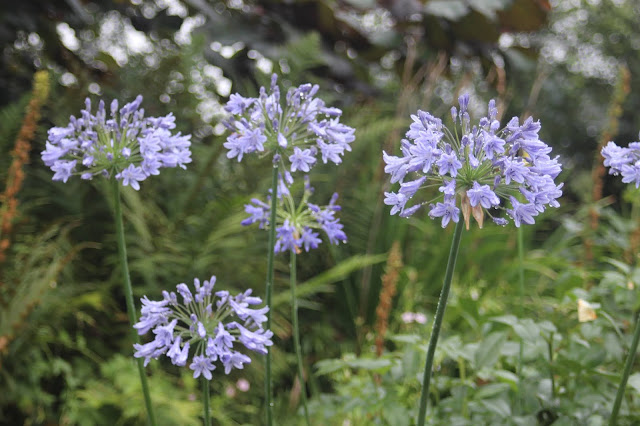 Next stop is South America where the marigolds originate I believe.  These are 'Space Hopper', a good tall variety. 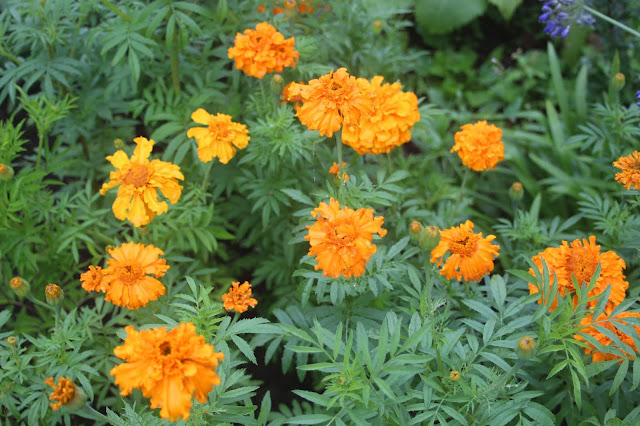 They sit in the Long Border between Rudbeckia, which are just coming into flower, and another clump of Agapanthus. 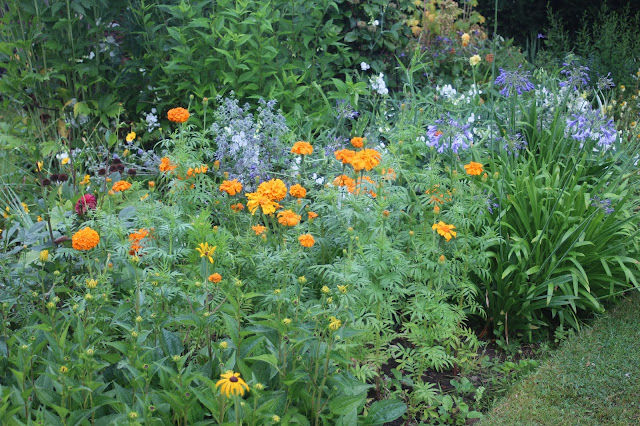 Over in the Rose Garden, the first flush of the roses is nearly at an end.  After a final deadheading, it's time to cut back all the Geraniums, Alchemilla and similar plants which are looking past their best.  The theory is that they will then produce some new fresh foliage, and in some cases, maybe even a few flowers. 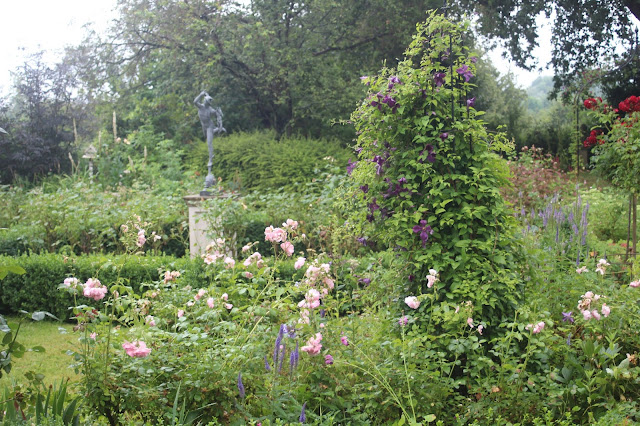 These were grown from seed when I first planted the Rose Garden.  They have gently self seeded through the borders.  In an attempt to not weed the seedlings out, I end up with borders full of weed seedlings instead.
They do a good job of providing some vertical accents once the foxgloves have finished and I love the violet blue colour.  They are all the same colour by the way.  There doesn't appear to be any variation in the 'Shades'. 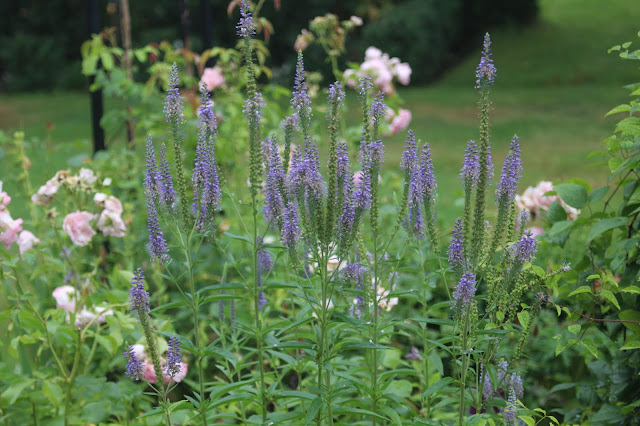 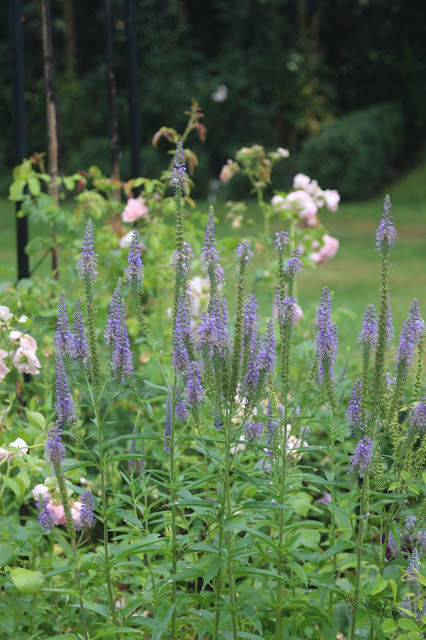 You can see this in picture 3 too.  I bought it a new obelisk earlier in the year, which it has cheerfully outgrown too.  I love the gorgeous deep purple blue of the flowers.  They aren't huge flowers, but there are plenty of them.  I've mentioned before that this started off as one of those Morrison's cheapies, grown on the greenhouse for a year before being planted out.
(This was obviously intentional, and not because I hadn't made a space for it). 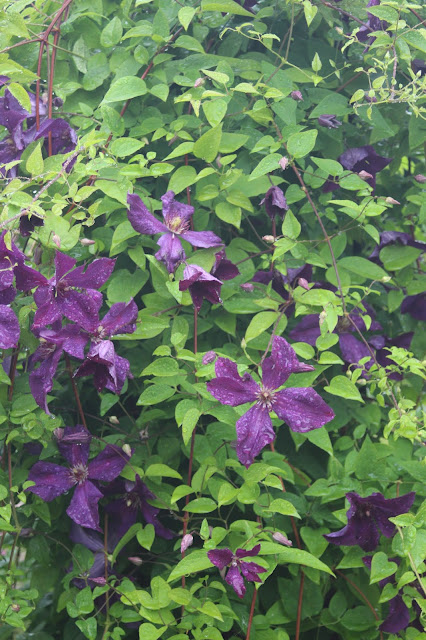 A last look at Rosa 'Roald Dahl', a perfectly cupped small apricot rose.  Can you tell I'm feeling a little sad?  The roses flower so beautifully.  I rush round trying to keep up with the deadheading and then all too soon it's over.  But most of them will be back for another show later in the Summer. 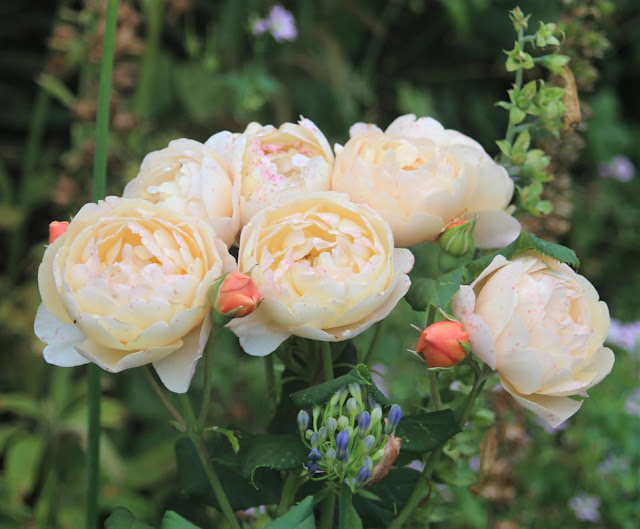 Hasta la vista, baby.
(Sorry - I don't know how Arne got in here).
That's all for this week, but do pop over and see The Propagator for more gardening fun.
Labels: Clematis Roses The Long Border The Rose Garden