There's been plenty happening in the garden this week.  The leaves are beginning to unfurl on the hedges and trees and perennials are making rosettes of leaves too.  There are many things to do at this time of year and this prolonged dry spell, while in some ways unwelcome, has meant that those jobs have been done.

But before all that hard work, a morning stroll through the Arboretum (note the capital A) is required.  The Spring sunshine casts wonderful shadows.  A few Bluebells are beginning to open and a scattering of Forget-me-nots add touches of colour here and there. 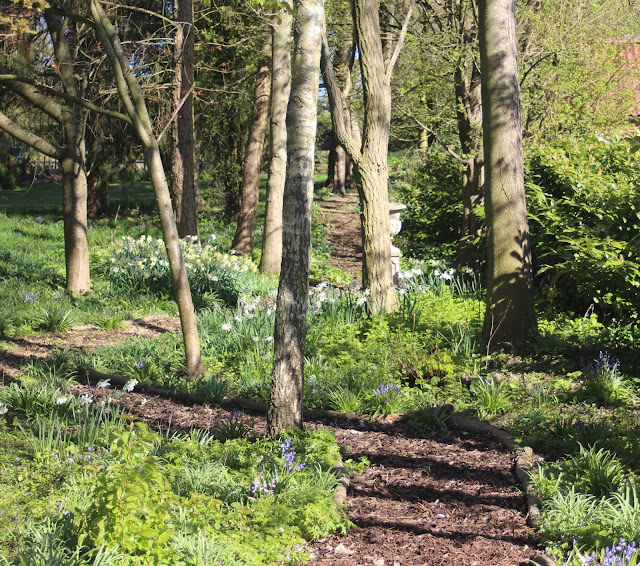 The last of the Narcissus and the Erythroniums add yellow highlights to the lime greens of the emerging foliage. 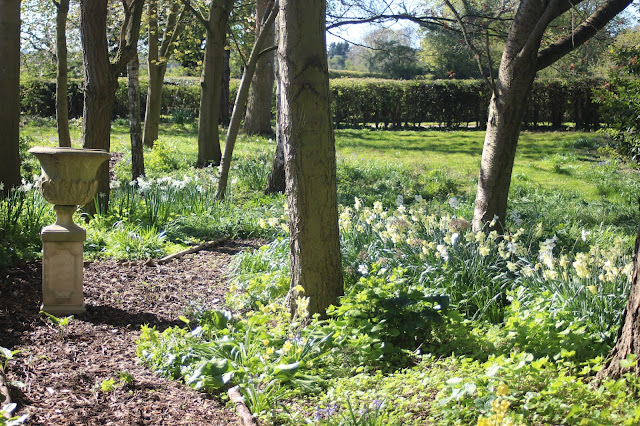 At the bottom of the Arboretum is a very large Cherry tree with sprays of double white blossom.  I think it is a Prunus avium 'Plena', a cultivar of the native wild Cherry. 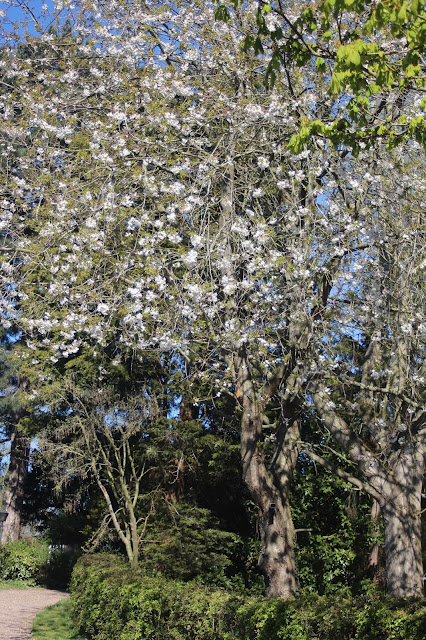 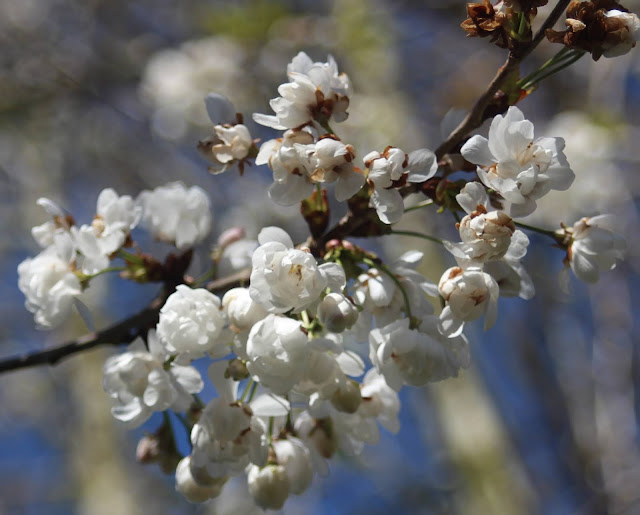 Lovely - but what about all the jobs you've got done? you may well ask.  But the photos are so dull, I reply.

If you zoomed in on this picture you would see all the little plastic tags marking where the dahlia tubers have gone in.  For the last few years I've potted most of these up and grown them on in the greenhouse, so that by the end of May I'm not looking at bare soil.  But it's a lot of work so this year the tubers have just gone straight in.
Also put straight in were the Nasturtium seeds to fill the space at the front.  If it works this should be another time saving as I've always sown them in pots before. 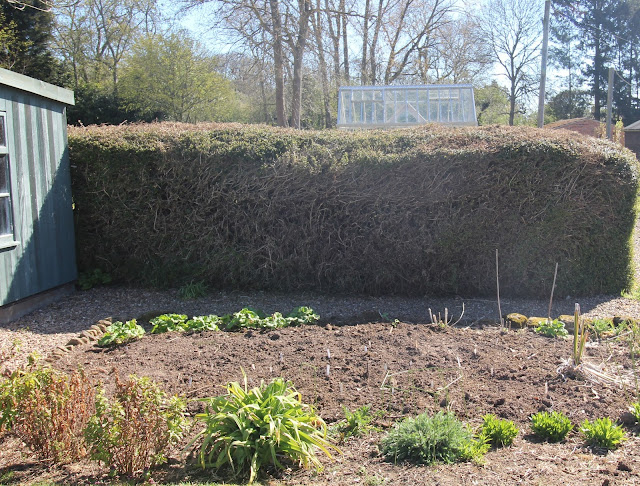 More beautiful blossom has opened on the Crab Apple trees.  The combination of the deep pink buds opening to white flowers is quite lovely. 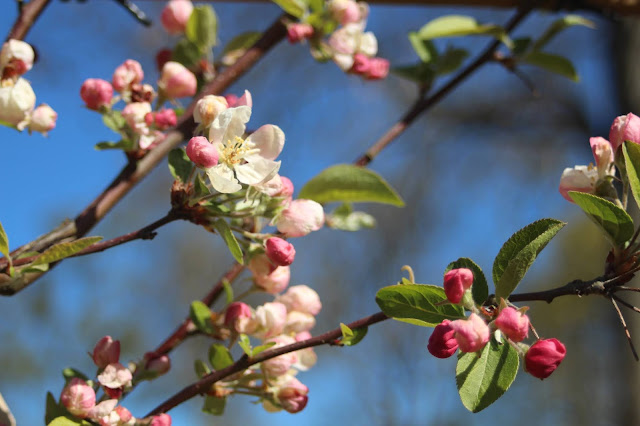 I hope you enjoyed that, because another dull one is coming up.

Yes - I finally got round to putting in the onion sets.  My excuse was its been a bit on the chilly side, so they probably wouldn't get growing until it warmed up a little.  I'd slightly (!) over ordered, being enticed by the thought of three different varieties, so they've filled up a whole bed, meaning I won't have room to sow the carrots (which have never come up anyway). 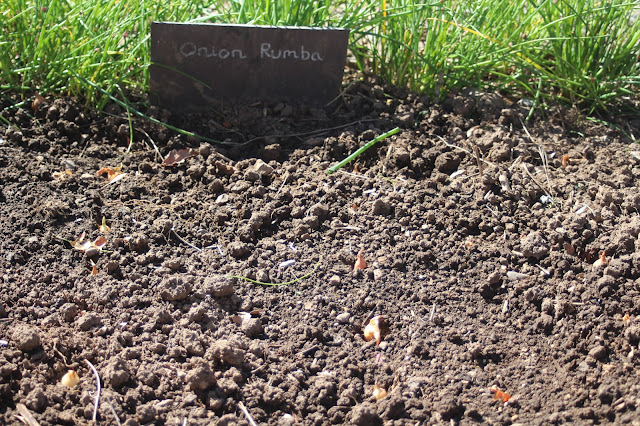 Ready for another pretty one?

I've tried a few new (to me) miniature Narcissus this year.  This has been the last of them to flower and is called Segovia. 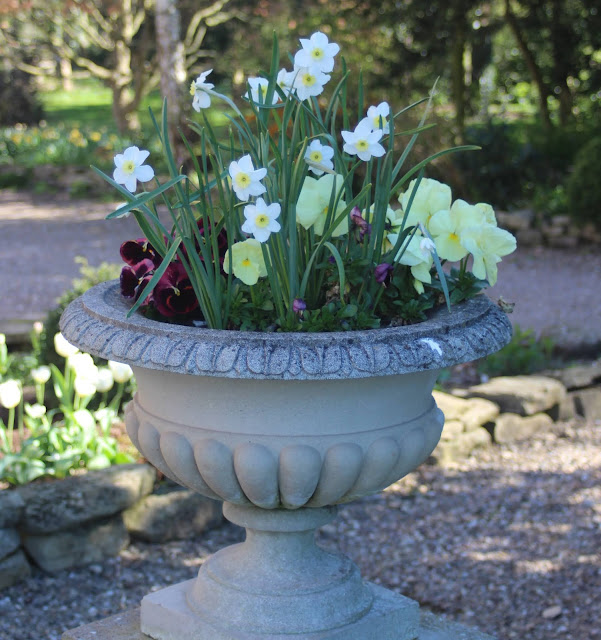 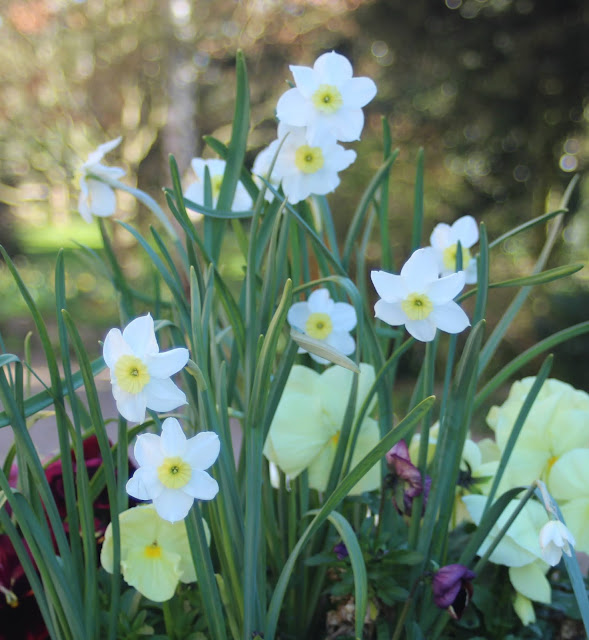 It was a toss up between a picture of an overflowing greenhouse or Myrrhis Odorata for number six.  I figure that you probably have the first option at home anyway so I went for the Myrrhis.  Also known as Sweet Cicely (which is lovely or terribly twee depending on your taste), this ferny foliage looks like many of the white flowered umbellifers which are widely grown but is a perennial. I confess to having failed to grow this from seed, and had to buy the plant instead. 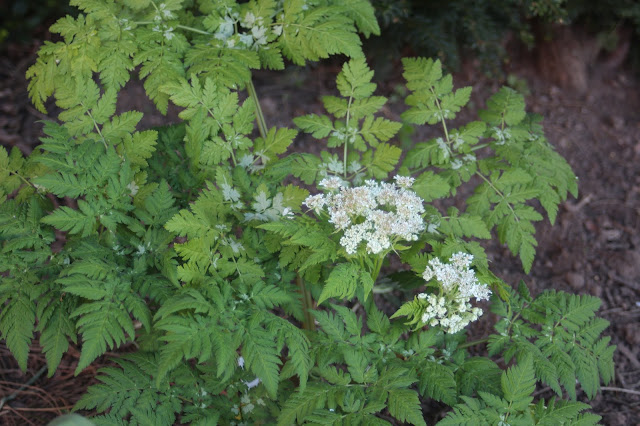 That's all I have time for this week, but do check out the other posts on the Propagator who kindly hosts Six on Saturday.
Labels: Garden diary Spring Gardens The Long Border The Woodland Garden