EARLY MARCH IN THE GARDEN

We had some gorgeous sunny weather last weekend.  It brought out the bumble bees who could be heard happily buzzing, face down in the crocus.

A pretty clump of these grow in the Rose Garden.  A survivor from a previous garden scheme, these were next to a gravel path which had been grassed over before our time.  I'm going to split them up to encourage their spread, but would ideally like some more.  They are larger than some of the species crocus, but not as large as some of the Dutch ones.  Any suggestions as to what they might be? 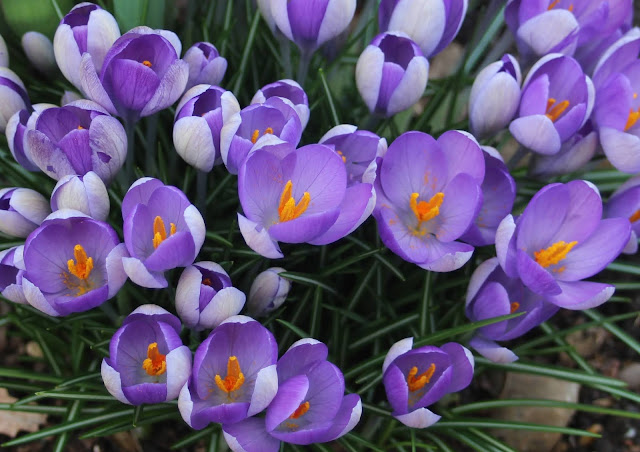 This week I listened to a talk given by Fergus Garret of Great Dixter garden on 'Layered Planting through the Season', which has inspired me to add more early bulbs among the shrubs and later perennials.  If you are interested, this talk and others are available to watch on demand here.

A few white crocus escaped the notice of a squirrel raiding party, and survived to pop up among these primula. 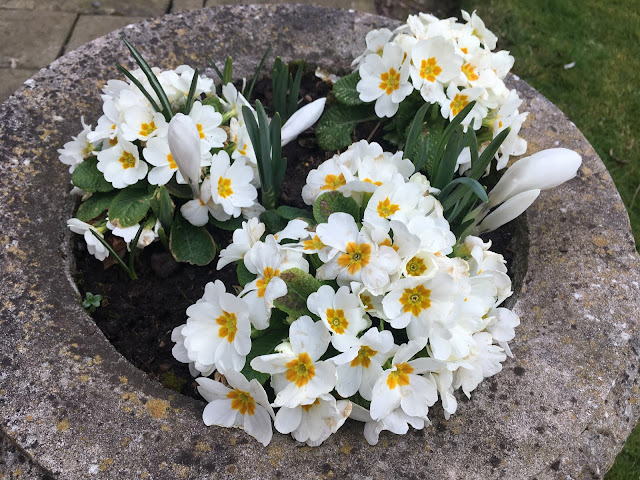 I've been moving around some self seeded foxgloves at the back of the Knot Garden.  It probably should have been done in the Autumn, so it will be interesting to see if they do OK. 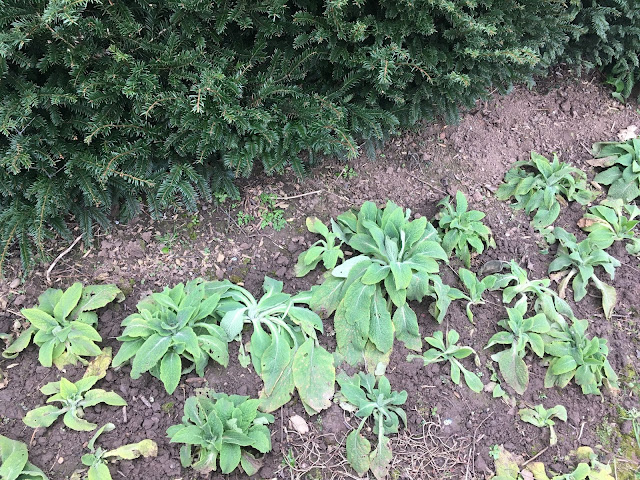 So far a rather underwhelming plant, which could do with pulling its socks up and actually growing a bit. 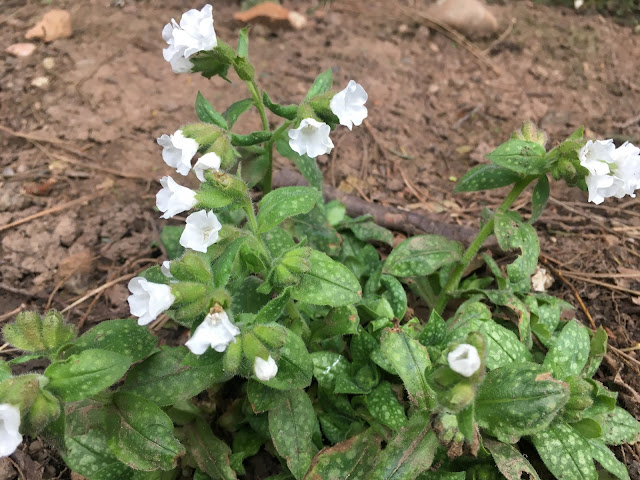 No hair cuts for us for a few weeks yet, but time for this clematis to have a good trim.  It had managed to detach itself from the trellis and so, despite being Group 2 (prune lightly) there was nothing for it but to cut most of it away.  Whether it will flower this year, time will tell. 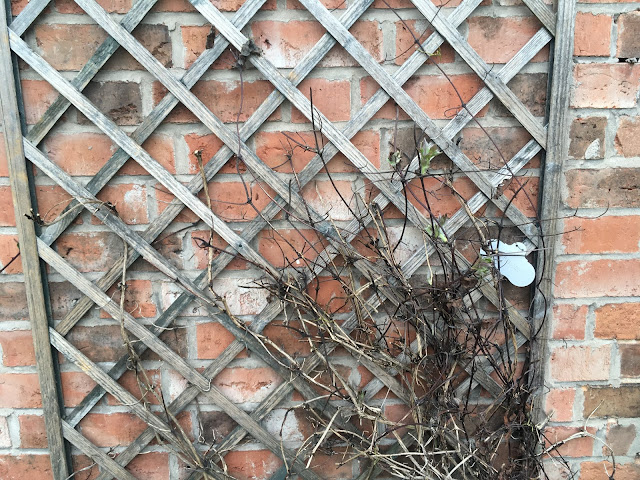 Rosa Golden Showers was another candidate for a haircut.  I'm really undecided about this rose, but since I haven't got round to trying to remove it, I thought at least (at last!) I'd put up some proper wires and train it in.  If it flowers well, it may win a reprieve. 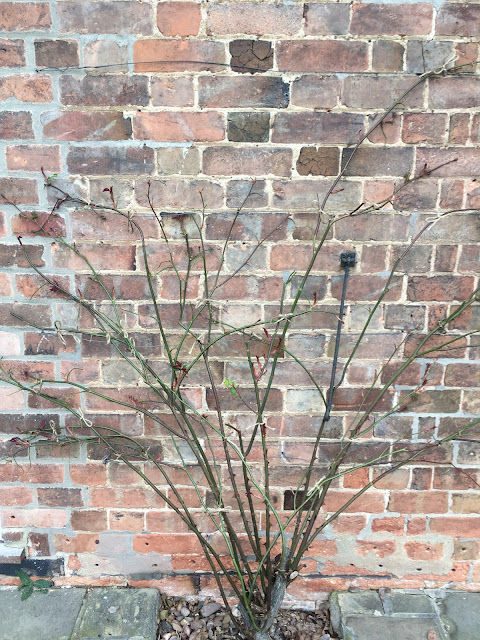 I'm still working my way through the Rose garden removing all those oak leaves and weeds and turning this.... 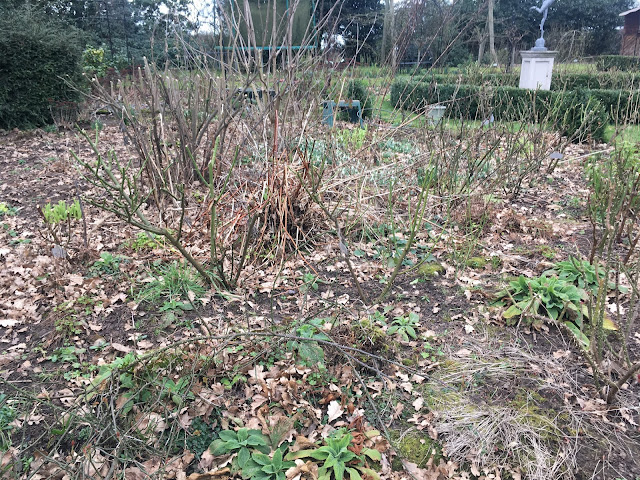 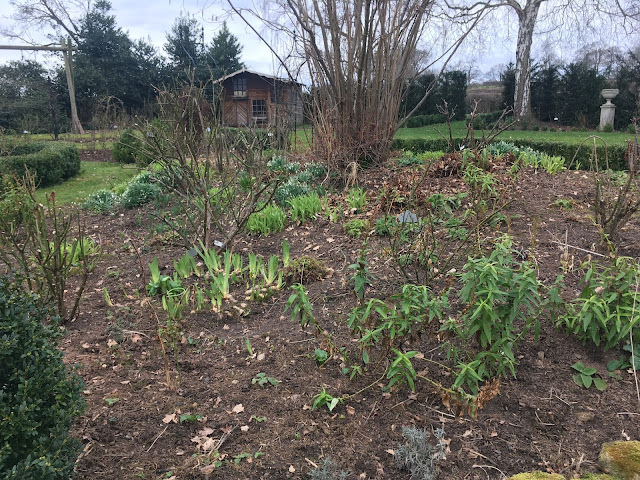 To finish, I thought you might like my impromptu flower arrangement - the cut back perennials awaiting the attentions of the shredder. 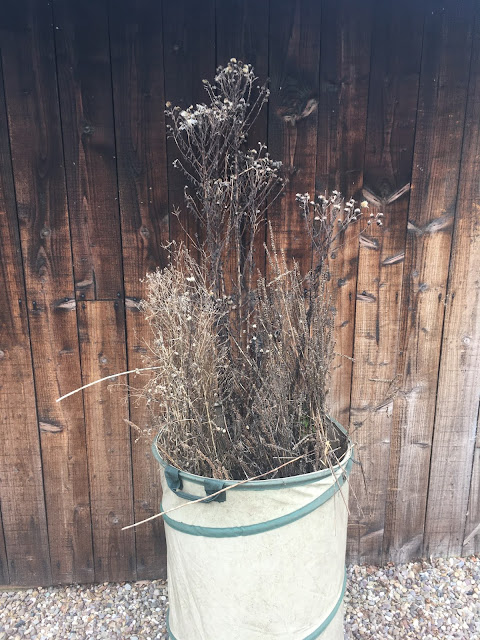 That's all from my garden for this week.  Many thanks, as always, to The Propagator for hosting Six on Saturday.