THERE'S A CHILL IN THE AIR

I've noticed that I tend to start these weekly posts with a comment or two about the weather.  Talking about the weather is regarded as a particularly British way to begin a conversation, but I'm not sure why it's crept into my blog  in this way.

As a consequence of the high winds yesterday, I apologise if some of the photos may be slightly out of focus.

- the hips of Rosa Rugosa Alba to be more precise.  They are rather decorative, and as large as cherry tomatoes.  A suitably Autumnal start to this weeks Six, I thought. 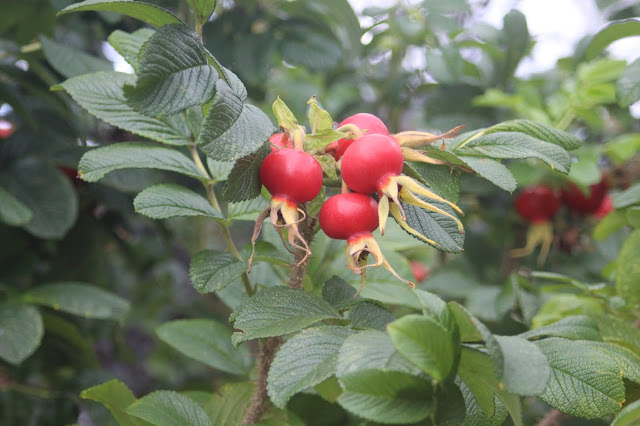 This photo is by way of a souvenir - a last look back at Summer.  Since by next week (if I get my act together and the compost delivery arrives) it should all have been packed away and pots planted up with bulbs and pansies installed in their stead. 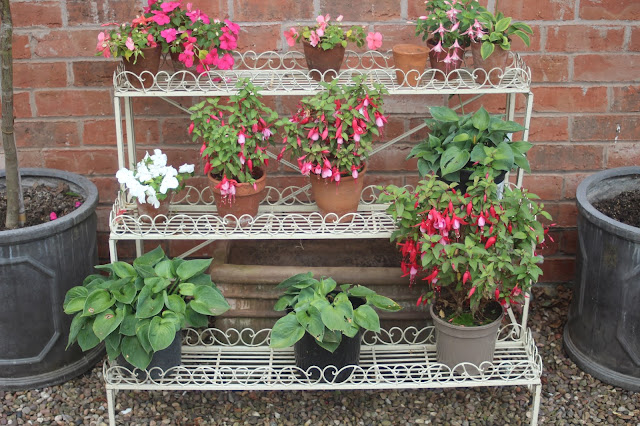 Penstemons and Astrantia here make a late Summer duo in the Rose Garden.  The Penstemon were grown from cuttings last year and the Astrantia were some self seeded plants moved from elsewhere in the garden. 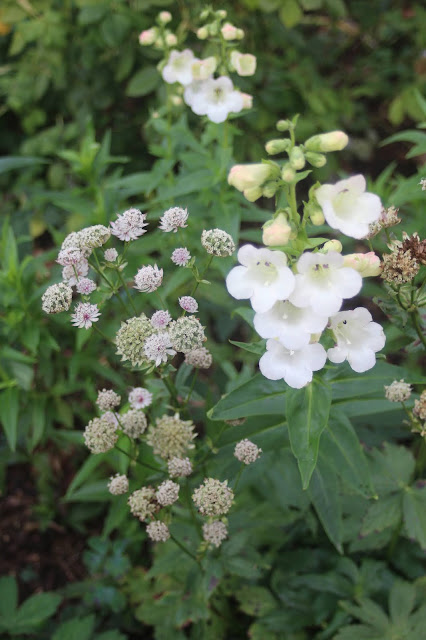 We live near Southwell, where the original Bramley Apple tree still exists.  Therefore this cooking apple tree which was in the garden when we moved in, must be a Bramley.  It stands to reason, doesn't it?  Although there is a limit to how much stewed apple anyone who has been fully weened wants to eat, it is nice to have some now and then. 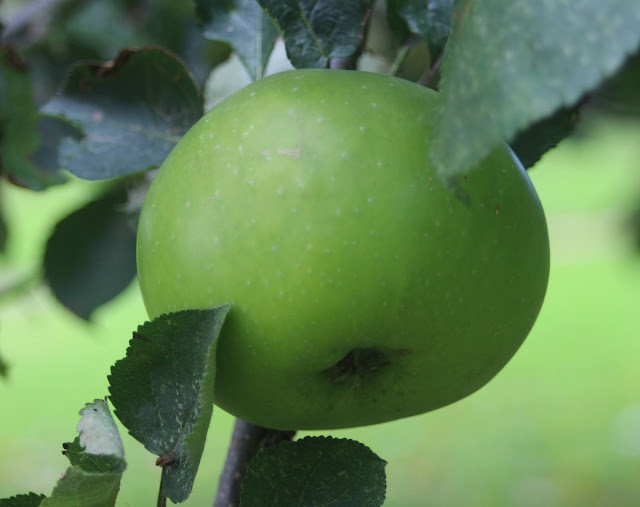 I bought this Aster this time last year from Norwell Nurseries, who specialise in such plants.  It's a great cheerful cerise pink. 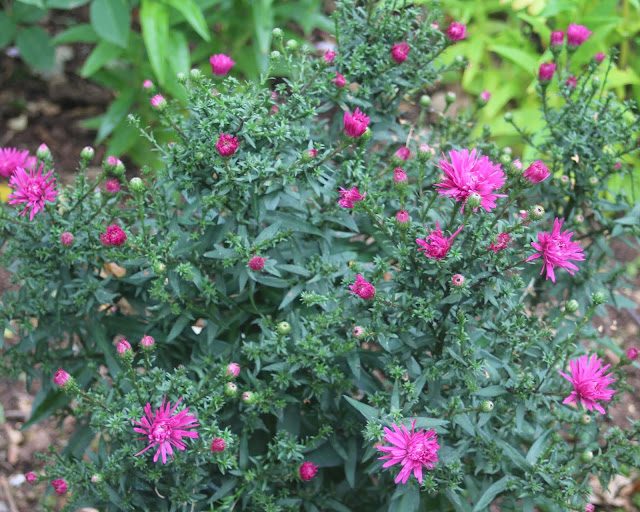 Another Norwell Nurseries purchase from last year was this Toad Lily, Tricyrtis formosana 'Dark Beauty'.  It likes damp shade, and while it got the shade, most of the garden has been rather dry these last few months.  Nevertheless it seems to be doing OK, and I'd be happy to make space for quite a few more of them. 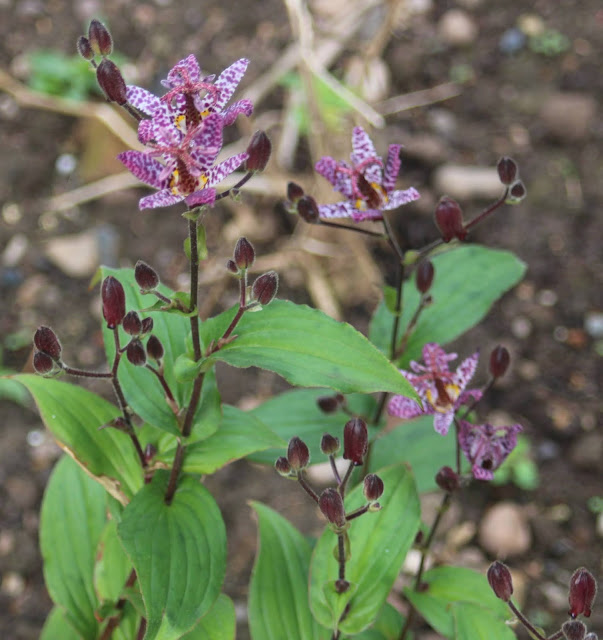 That's all for this week from my garden.  Don't forget to check out the other gardens featured in Six on Saturday, which is hosted by The Propagator