We'd usually we out and about visiting gardens fairly often over the Summer, although not this year.  But I'm stepping out of my own garden this week to do a post on a long time favourite garden of mine - Anglesey Abbey in Cambridgeshire.   The Abbey is a 17th Century country house with a 114 acre garden, which was laid out by Lord Fairhaven.  Much of this is sweeping lawns, mature trees and sculptures.  Nearer the house are smaller formal garden areas.

This photo shows one of the many areas of rolling lawns, mature trees and sculpture.  This one is known as the temple lawn, and was created in 1953 to commemorate the coronation of Queen Elizabeth II.  The columns were from a demolished London town house.  In the centre is a copy of Bernini's David and Goliath. 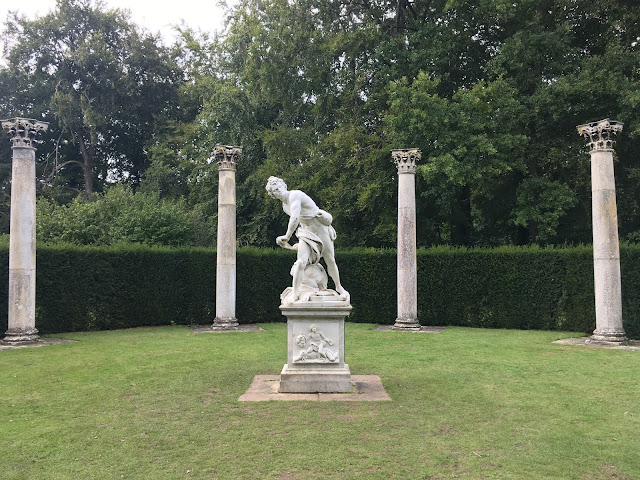 Around the house there are more intimate gardens.  The Rose Garden has a series of rectangular beds, each containing a single variety of rose, most of them are David Austin Roses. 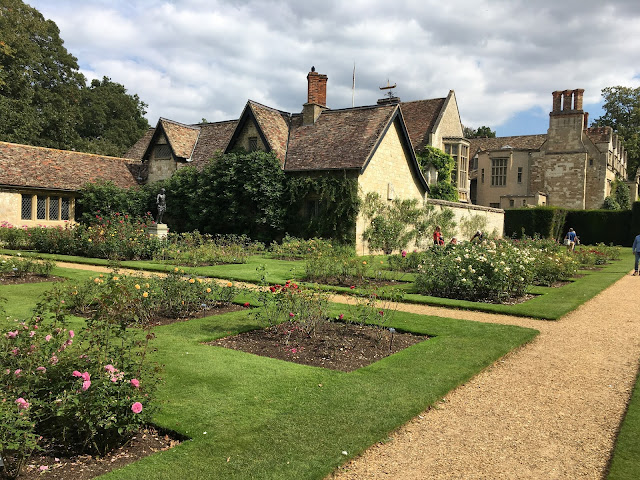 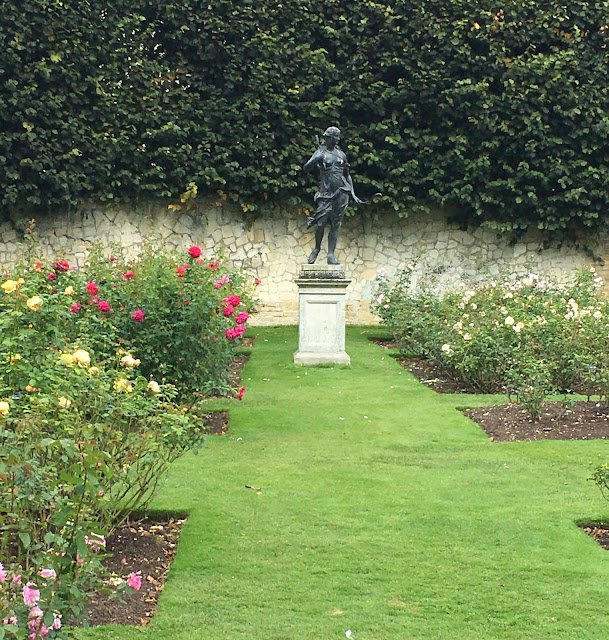 The immaculately maintained formal garden of bedded out dahlias and cannas in  hot colours is hidden behind yew hedges. 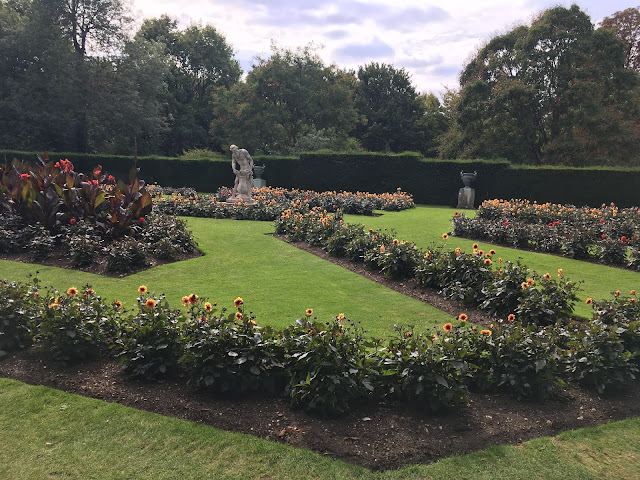 A separate crescent shaped garden has tall Dahlias arranged by colour.  It's impressive but I'm not a big fan of the heavy staking that they seem to require, which I find jars somewhat. 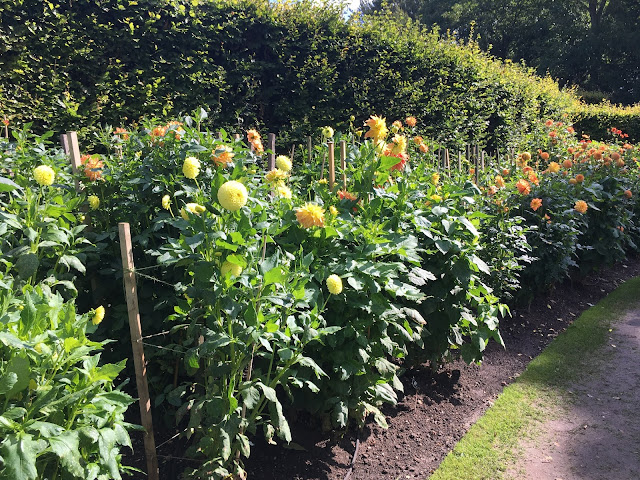 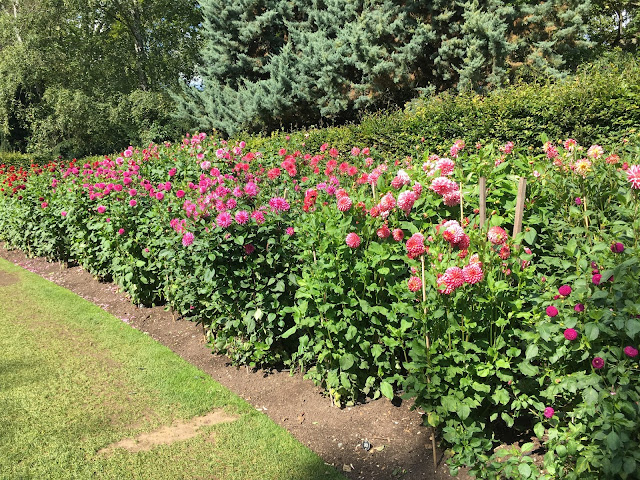 I do love a beautifully trained tree - and this one is huge. 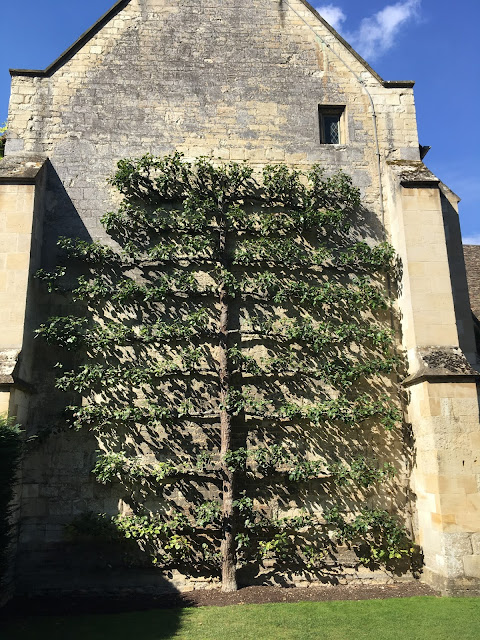 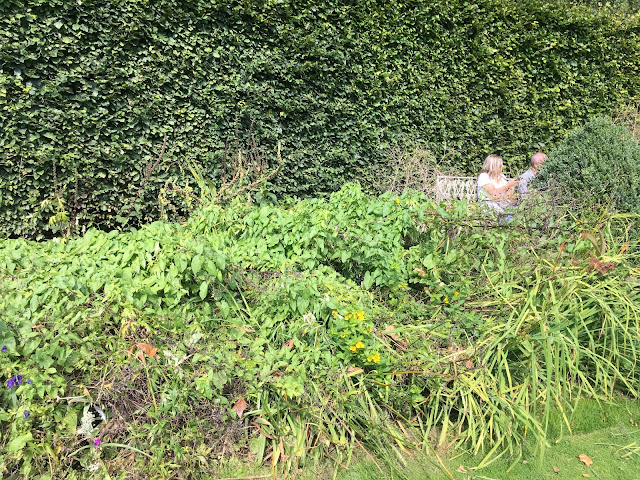 Fancy being faced with sorting out this mass of bindweed? Me neither.  This is the herbaceous border, a part of the garden which I've really loved on previous visits.  It looked in a sorry state this time.  The Gardens and Outdoor Manager, Tom Fradd, took the time to explain to me the problems they've had.  80% of the staff were furloughed in March, and even now three vital members of their team are still furloughed, and they are also missing their volunteer team of over 30.  Then there was the need for extra watering during the recent heatwave and the damage from the subsequent storms to add to their problems.  The team had been forced to set priorities and concentrate on the parts of the garden that are currently in season.
Considering the conditions they've been working under, the gardens team have done a fantastic job.
And after that I want to end on a high note.

There was a carpet of Cyclamen either side of this wooded path.  It looked amazing. 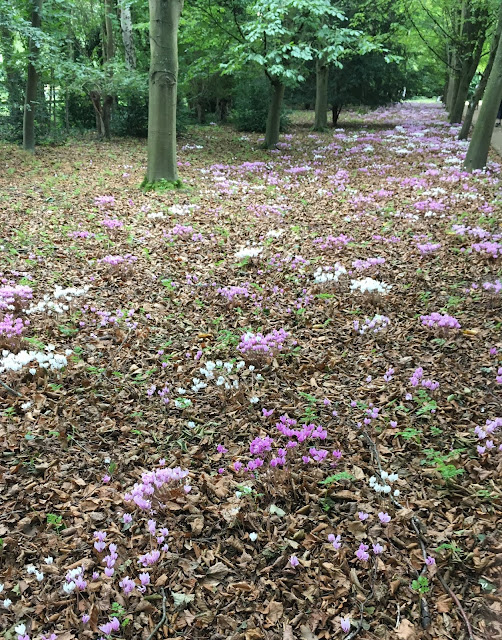 I'll be back in my garden next week.  In the meantime don't forget to view the other Six on Saturdays on The Propagator.
Labels: Garden visits