How did you get drawn into spending all your spare time gardening?  We bought this house and garden ten years ago this week so that our children would have somewhere to play.  And yet it seems to be the adults here who now spend all their time in the garden.   I've co-opted this week's post to take a look back at what the garden looked like way back then.  In each of these photo pairs, I've tried to take exactly the same view.

This picture shows the gravel terrace at the back of the house and our fine collection of outbuildings. Arthur 'Two Sheds' Jackson would be very envious.  The garden has some great mature trees, plenty of lawn, but as for borders - not much to see. 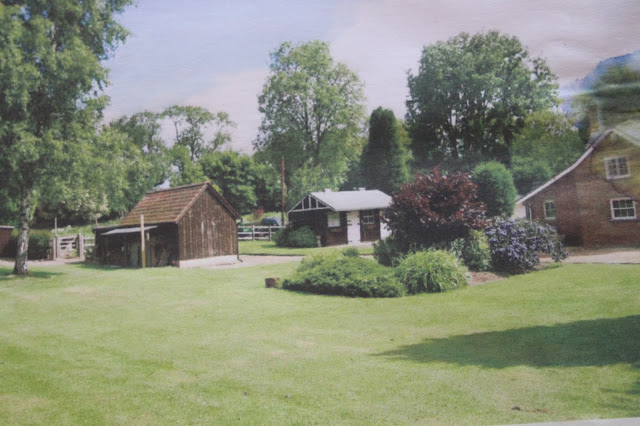 Here is the same view ten years later. This is the Rose Garden  with Mercury marking the centre.  The purple hazel is still there, but much larger, despite being reduced each year.  The ceanothus just to the right of it died the first winter we were here when temperatures went down to -15C.  There is also a substantial clump of day lily, which I split and used to fill up the borders as the Rose Garden expanded. 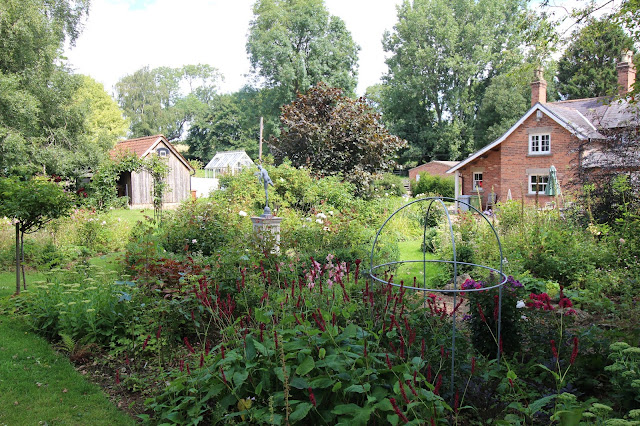 This is another view of the area which became the Rose Garden.  Note the large plastic crane peeping out of the bushes on the left.  There must have been a pond here, as there was an abandoned filtration tank hidden in there too.  Of the pond itself there was no trace left. 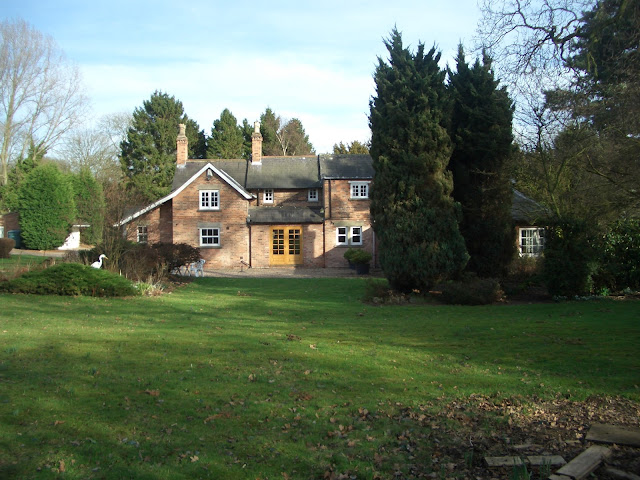 And here we are ten years later. 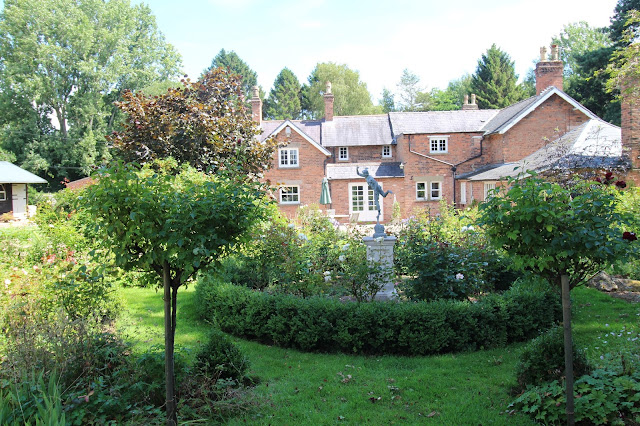 The previous owners of the house had run a business from home, and their office was a large Portakabin which sat on an area of that crushed stone builders use for foundations.  For some reason we decided this would make an ideal area for a vegetable garden.  The crushed stone would be the paths and as for the soil?  I'm still trying to get it into decent condition all these years later.
This photo was taken soon after we moved in, having marked out a few beds and having our first try at growing edibles. 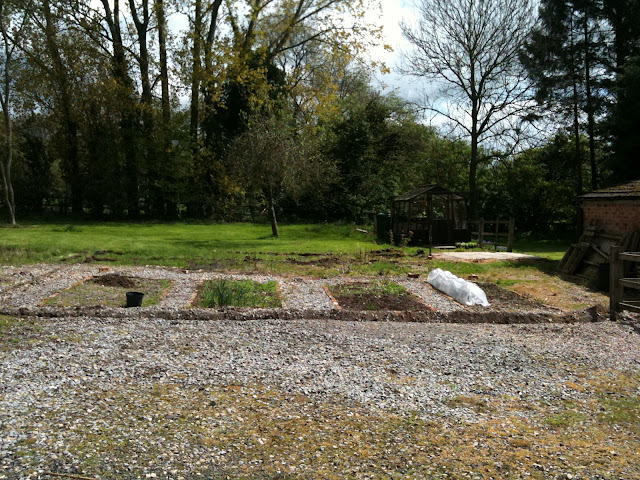 And here it is ten years later. 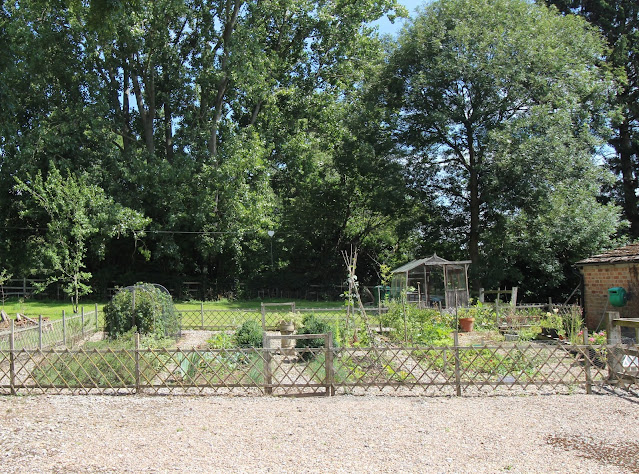 This view was taken down the 'Arboretum' as we jokingly call the woodland area.  We've cleared out the nettles (almost!) and added some under planting and bark paths, but this is the area whose overall appearance has changed the least. 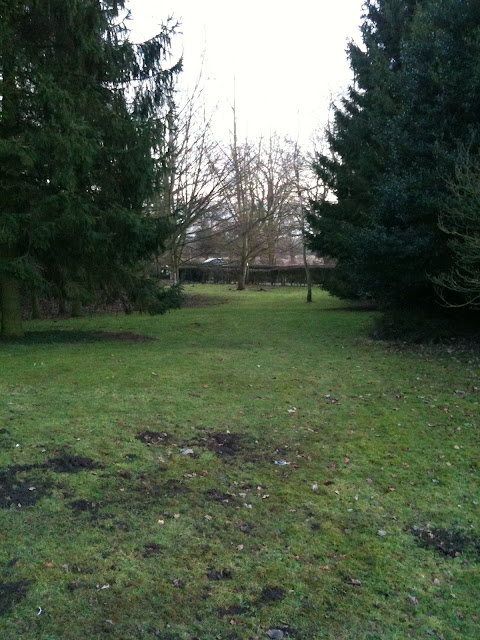 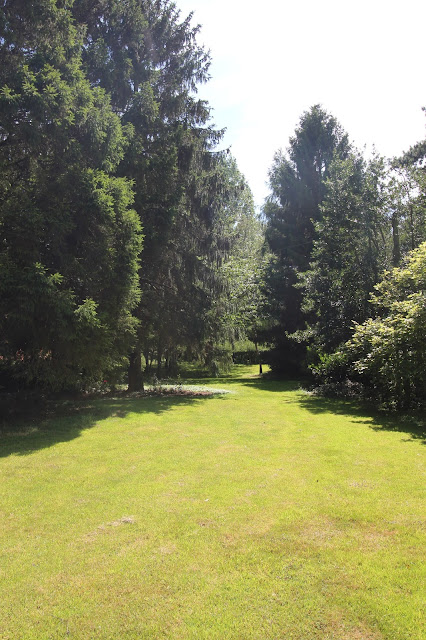 The area which became the Long Border had a small bed containing Lily of the Valley, some Iris and couch grass.  This picture was taken after I'd dug the border over and split the Iris.  They had grown on top of each other and the layers of rhizomes were 6 inches thick.  I added the garden urn, but it was later moved to the front garden. 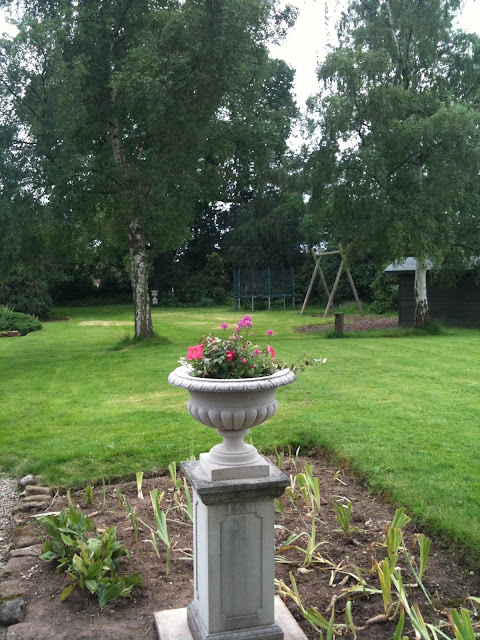 Looking from the same spot 10 years later, the border was expanded as far as the silver birches, and a yew hedge was planted to separate it from the Rose Garden beyond. 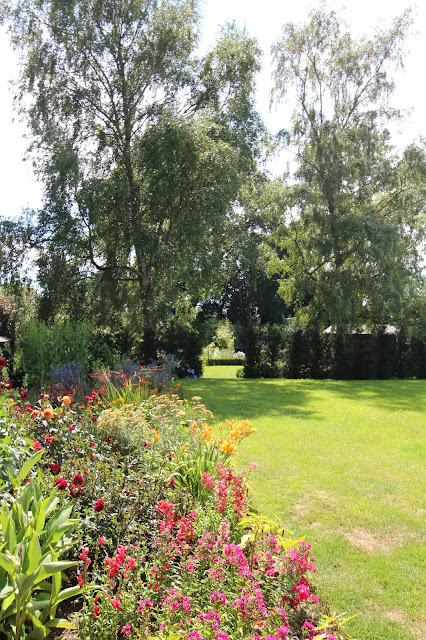 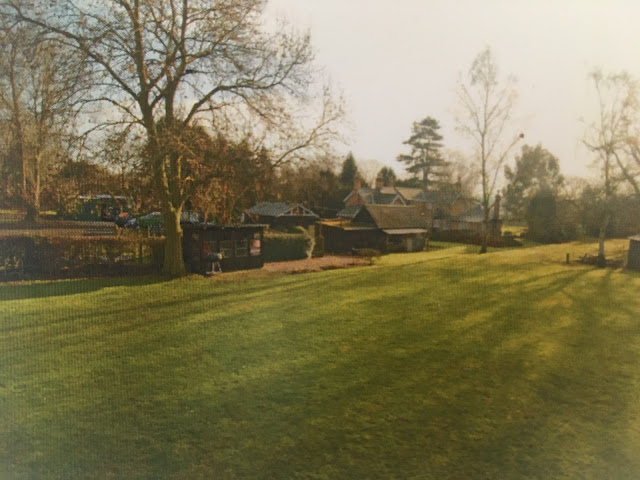 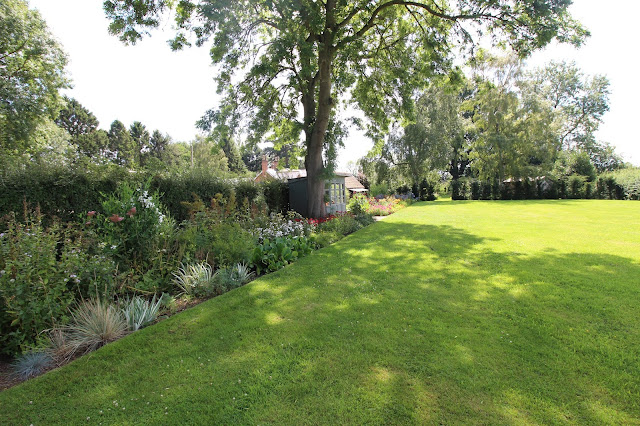 Here's Mr B keeping the kids entertained with some rope and a chain saw.  Just like the plants they've grown to maturity over the last ten years. 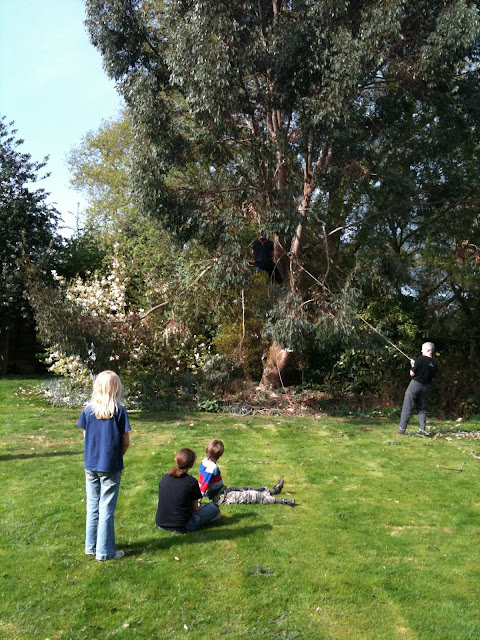 Looking across the front lawn, the Eucalyptus is now pollarded annually. The magnolia next to it on the left, which had grown very lopsided, is now a more balanced shape. 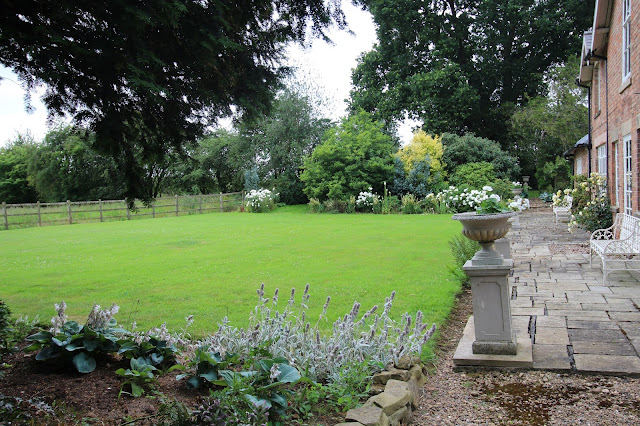 The area that became the Knot Garden is the space behind the wooden fence at the rear of this photo. That part of the garden had been used as a dirt track for a buggy and for burning rubbish - mainly carpet underlay it appeared.  So un-photogenic that I forgot to record it in its original state. 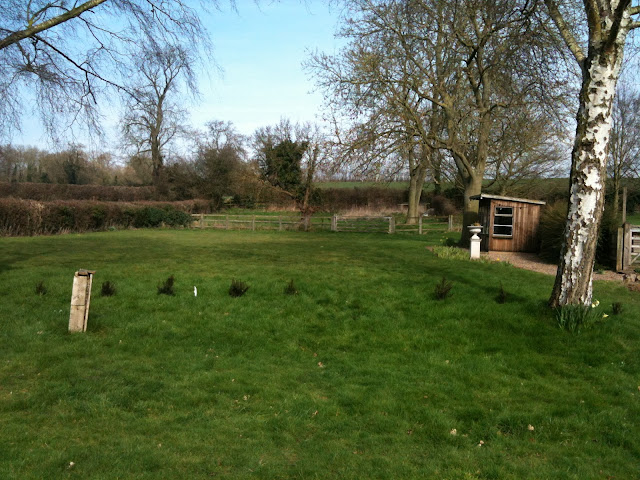 The reason I took this photo was to record the planting of the yew hedge in 2013.   I can't believe how tiny they were when they went in.  I must have been sent the tiniest yew plants in existence!  And I now realise the spacing was too wide as well.  No wonder they've been taking their time to thicken up.
And here they are now - reminding me that they could do with a feed and a trim (as could the gardener). 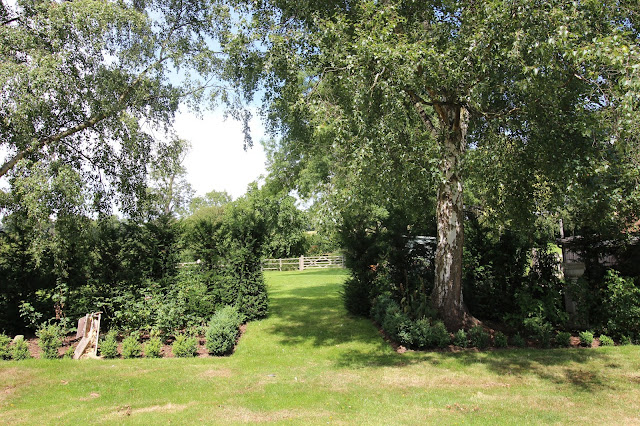 That's the end of my retrospective Six on Saturday.  If you would like to see what is happening in other gardens from around the country and further afield, then head over to The Propagator who kindly hosts Six on Saturday.