AUGUST IN THE ROSE GARDEN

It's been a mixed bag this week regarding the garden. A few days of rain have been most welcome, but have kept me indoors.  Today it was strong winds that kept me inside, but in between there has been time for some weeding, trimming and dead heading.  I've also been bitten to bits - red ants, horse flies, mossies - they've all had a nibble.  But you don't want to read about that, lets get on to the plants.

1. The Scent of Phlox

Phlox are perfumed (allegedly).  I've seen references to it being 'fragrant' many times, but I can't find a description of that smell.  To me it has a strong and distinctive scent, but not one I particularly like.  It is a mix of spices such as cardamon, cumin and coriander.  Have you grown it? Does it smell different to you?
I like the look of it though, so it won't be going anywhere. 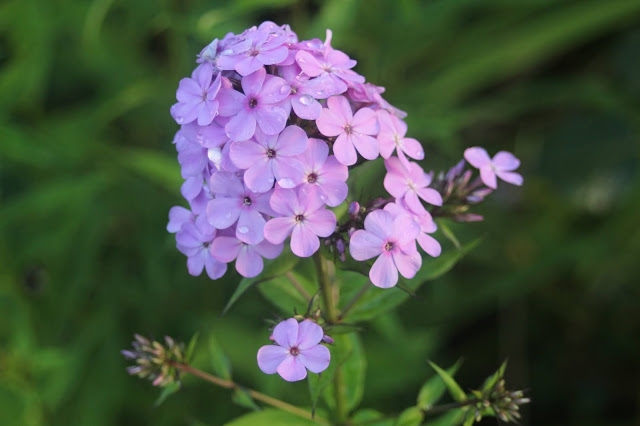 The second flush of roses have started, with Margaret Merril making even more of a display than the first time round.  I'm thankful that I took these photos before the wind and rain of the last couple of days. 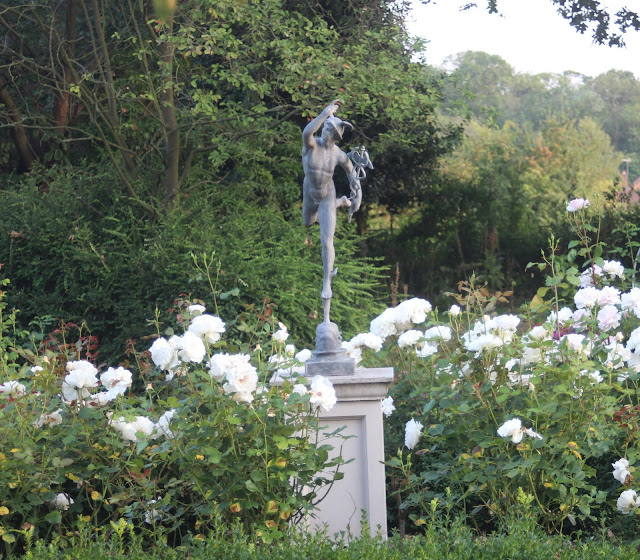 I love the colour of these blooms.  As a bush it seems a little less strong growing than its sister, Rosa Iceberg.  So this year I've bought a few more and planted them next to the existing ones, hoping that they will grow together to make a more substantial looking plant. 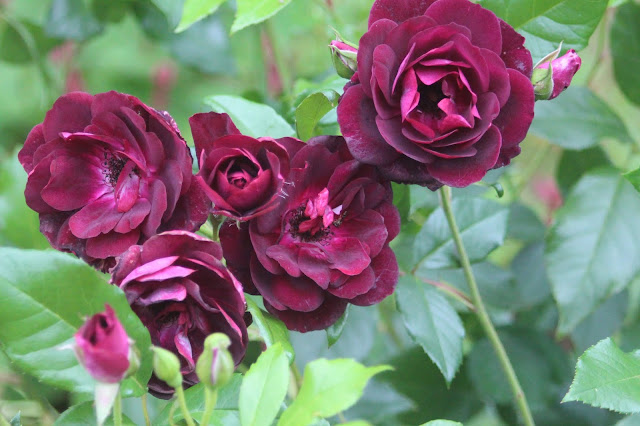 I have self seeded Agapanthus growing in the gravel! I don't know why this should seem amazing to me, but it does.  Being from South Africa they seem so exotic, like they should need nurturing by some specialist grower.
The self seeded ones are nearest the camera, the ones further back in pots were bought. 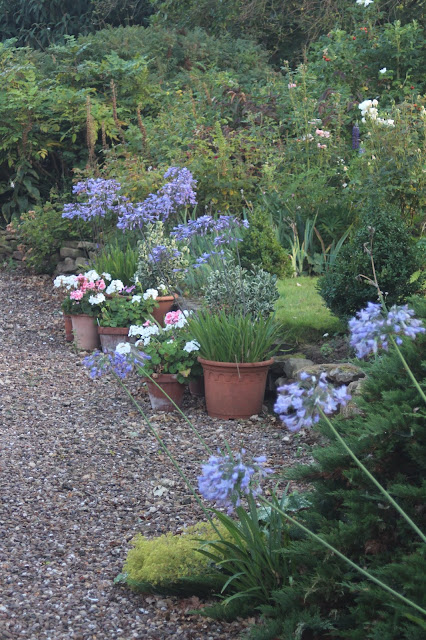 Also having a second flush of flowers is Roald Dahl. 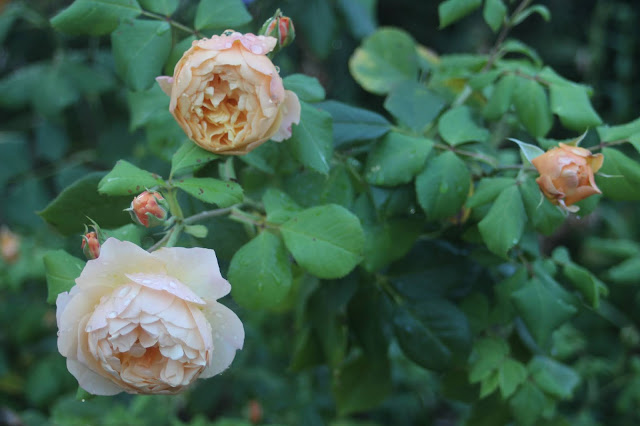 I've given him some white penstamons and astrantia as companions, which hopefully will fill out by next year. 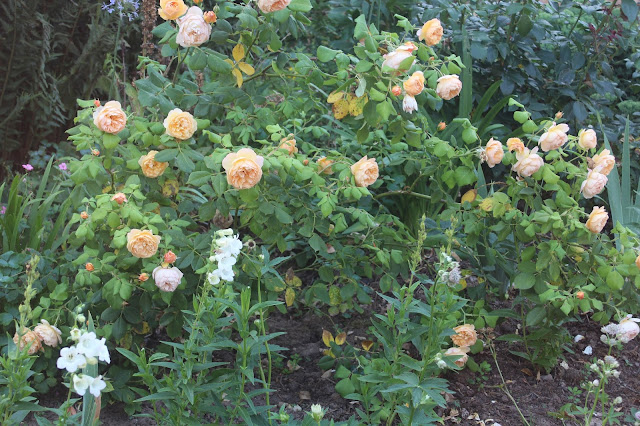 If you don't mind leaving the Rose Garden for a moment, and taking a stroll among the trees, you'll find this beauty.  You know how Hydrangeas change colour over time?  This one has faded to this most delightful strawberry mousse shade.
It's the offspring of a much admired one growing in my parents former garden. 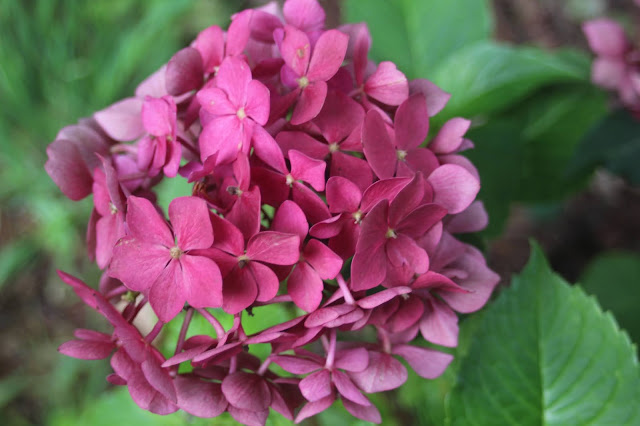 I'm hoping for more clement weather in the coming week, and I hope some will be coming your way too.
Thanks, as always, go to The Propagator the creator and host of Six on Saturday.  Follow the link to see posts from other gardeners around the world.
Labels: Roses