THE LONG BORDER IN JULY

Dig out your sunglasses, there's some very bright flowers coming your way this week.  The Long Border, as regular readers will know, is based on the designs of Gertrude Jekyll.  At either end the colours are pale blue, primrose yellow and white, but they gradually change to stronger yellows and oranges, reaching a crescendo of bright reds and crimson in the centre.  The border is designed to look at its best from July on wards. 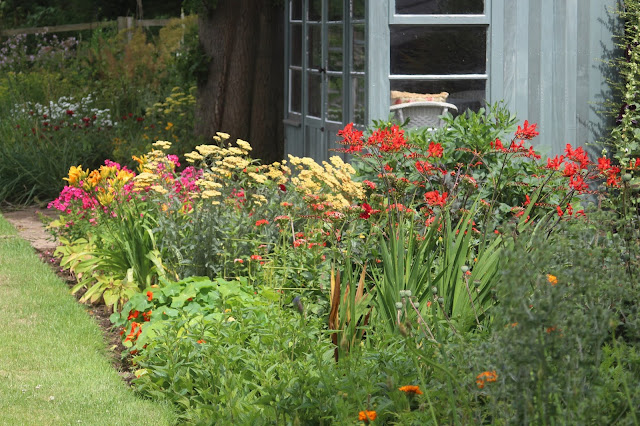 I've picked out some of the plants which are looking their best at the moment.

These were grown from seed sown under glass in the spring.  I know they can be direct sown, but that's always a bit risky in this garden. 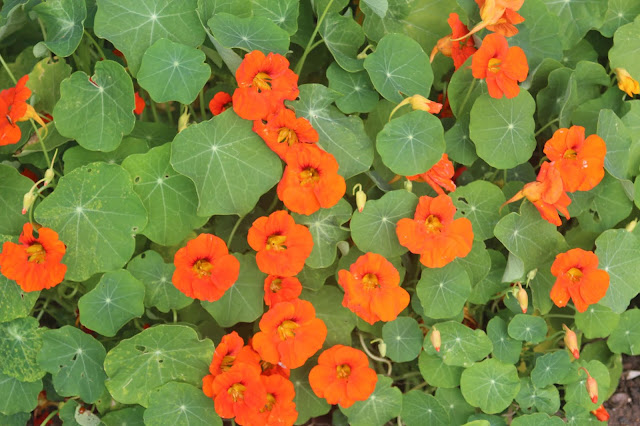 This is a double orange day lily.  This plant appears to be what Gertrude used, but it's not the nicest plant in my opinion as the flowers lack form.  I've nicer orange day lilies in the garden, but they have already finished flowering so wouldn't be of much use here. 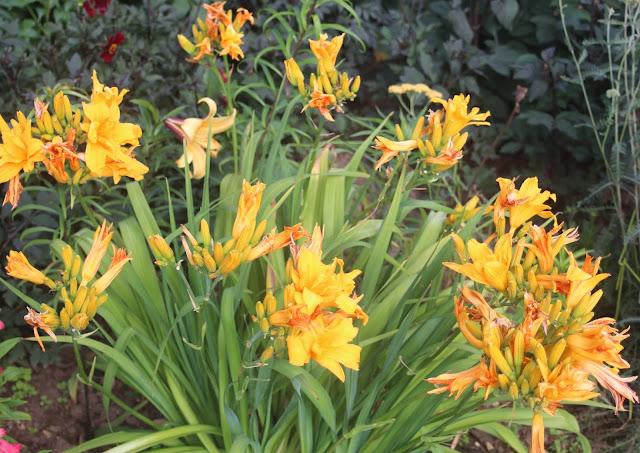 A really dark red hollyhock, called 'Nigra'.  I originally grew these from seed, and now they are easy to keep going by collecting the seed and sowing it in the Autumn. 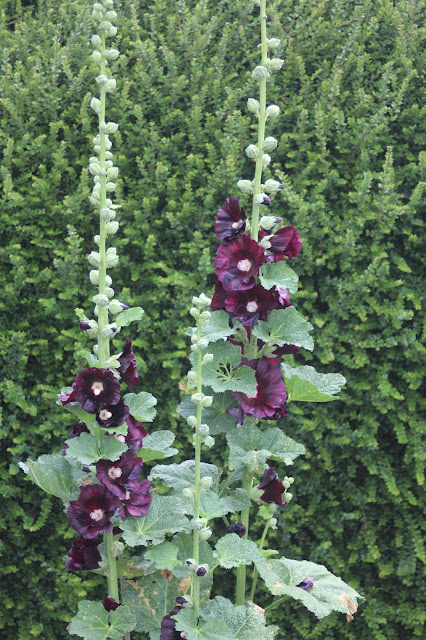 The leaves of this smell wonderful.  Another name for it is Bergamot, which is used to flavour Earl Grey tea.  I've not tried harvesting it! Mingled in are some Coreopsis lanceolata. 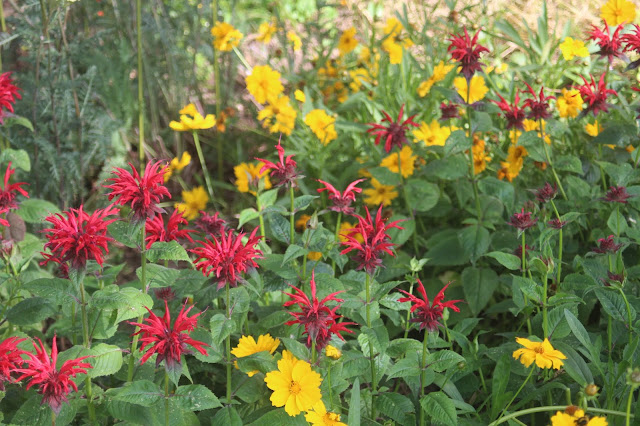 The flat heads of the Achillea form a nice contrast to the many daisies of late summer.  These are a little paler than some yellow Achilleas. 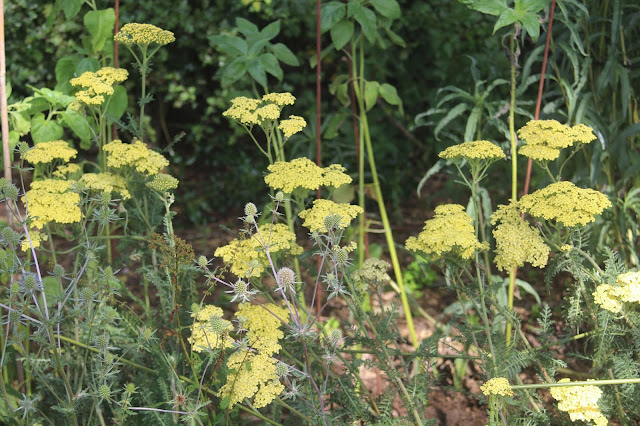 One of the many reasons why I made this border was to have somewhere to grow this plant.  I think they look very exotic and tropical and needed to be carefully placed not to jar in this English Country Garden.  Here they look just right.  I have to confess that this plant doesn't appear in Gertrude's border.  She has Gladiolus brenchleyensis instead, a plant which I couldn't track down. 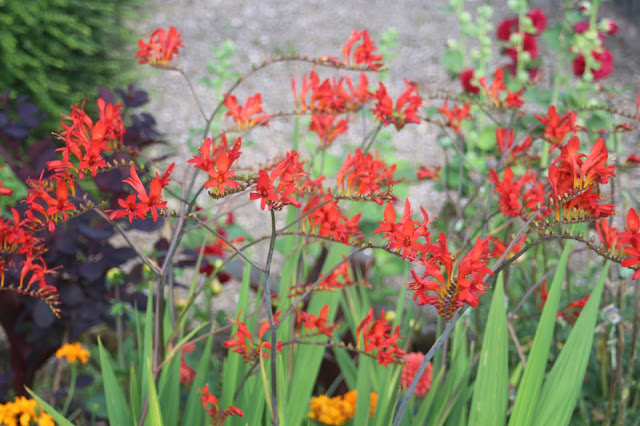 If you'd like to learn more about Gertrude Jekyll's long border design click here
That's all from my garden this week.  If you found all that orange not to your taste, I'm sure there will be some more tranquil pinks and blues from the Rose Garden next week.
As ever, have a look at The Propagator to see what's happening this week in more gardens from around the world.
Labels: Gertrude Jekyll