MID JANUARY IN THE GARDEN

A combination of plenty of rain and mild weather has brought the early flowers out, so the middle of January is probably looking a bit more colourful than in previous years.

This pale yellow one Helleborus x hybridus is particularly pretty, and I think it merits the number one spot this week.  It came in a mixed pack of which the others were in the usual range of whites and pinks. 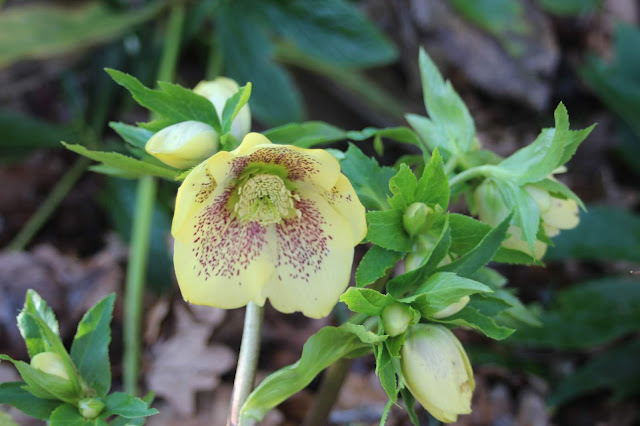 The double snowdrops are the first to open, before the singles, and they are beginning to do that.  I have to admit that this may not be the best snowdrop picture; but I will have plenty of chance to do better over the coming weeks. 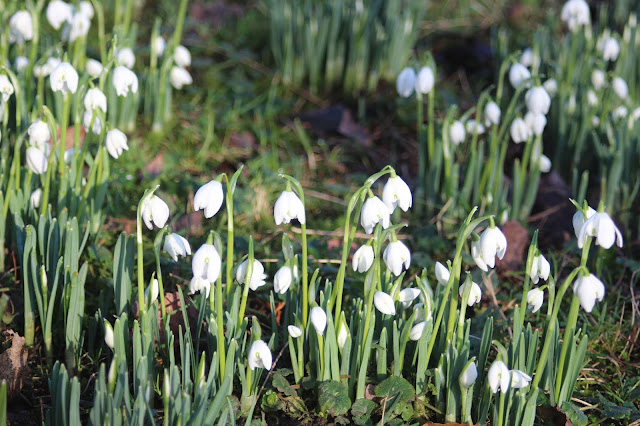 I been intending to plant a group of these at the front of a border.  I saw these in Morrison's last weekend so bought a few.  When I took them out of their pots to plant them it was obvious that there were two in each pot (the roots were in two separate root balls) and there was only a smigin of compost covering them. So the question is - Have I got a bargain (two for the price of one)? Or will these immature plants fail to establish? 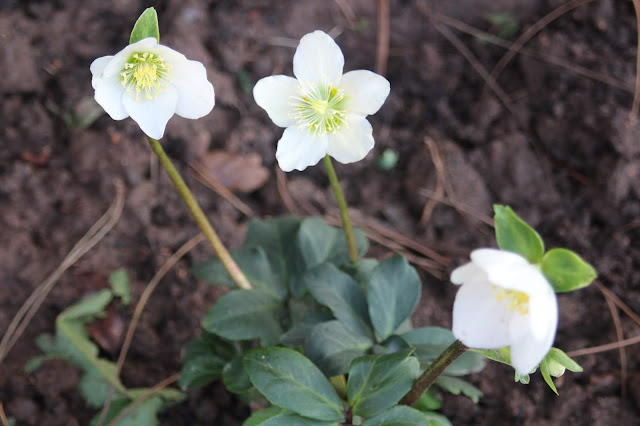 Just out of interest I looked up the reason for this plant having niger (black) in the name. Wikipedia quotes an RHS paper as saying that it may refer to the colour of the roots.  Well I don't think it does as my little compostless friends had pale fleshy roots.

These appeared last year in the border shown above.  They are growing under some trees and shrubs towards the back of the border,  I think they might be another species of Hellebore, so I've left them to see what they do.  (See also No 5 'Being Ruthless' below) The plant is about 12 inches across and about 10 inches high. 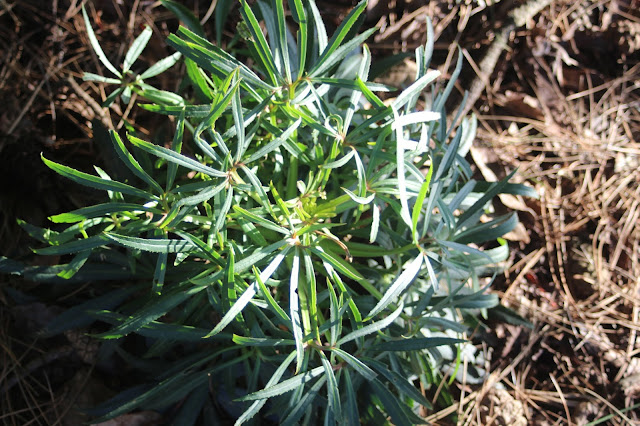 This issue was raised by Lora last week where she mentioned being admonished for her practice of rescuing holly seedlings.  "Lora, if you garden, you must be ruthless" she was advised.

Well I'm not ruthless.  That's why this border of early spring bulbs has random foxgloves in it.  I know I should pull them up. I also leave holly seedlings (they might come in handy for a hedge) and geraniums (they usually turn out to have miserable flowers) and aquilegias (making a takeover bid for the Rose Garden).

So although it's a few weeks late, my New Year's gardening resolution is to be more ruthless and I've made a start by weeding out some foxgloves (only the very little ones that are too close together so far - but tomorrow I'll be braver). 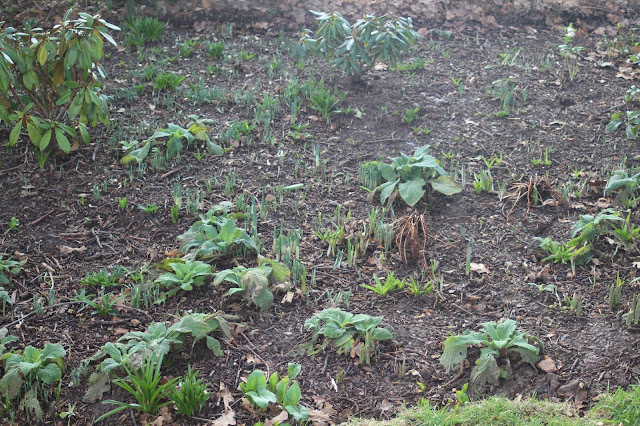 These are another new plant buy this week.  I grew these in my very first garden (an unbelievable thirty years ago), and haven't grown them since.  I'm going to grow some from seed too this year. 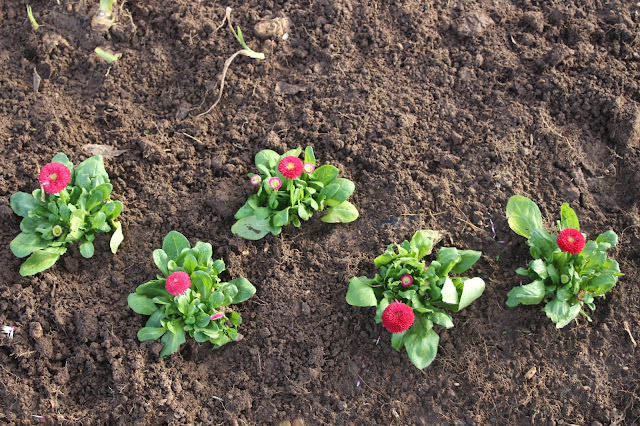 That's all from my garden this week.  If you'd like to hear from other gardeners about what's happening in their gardens , then visit The Propagator, who kindly hosts Six on Saturday.