A WALK AROUND THE GARDEN

I thought I'd start the New Year with a walk around the garden.  There's no flowers to be seen yet, although there are plenty of green shoots from the bulbs beginning to poke through.  I hope you find it an interesting  to see some wide angle photos of the garden for a change, and hear about some of my gardening plans for the next couple of months.

I've begun the walk in the Rose Garden.  It's the area I look out on from the breakfast room table as I write these words, and was the first area of the garden that we made.

It's a Rose Garden because they are my favourite flower, although the area is a little on the shady side to be truly ideal for roses, but I didn't know when I made it that I would be bitten by the gardening bug and that the garden would expand in so many directions.

The roses are ready for pruning, so that's a job that will be done over the next six weeks.  The beds are covered in a layer of leaves from the oak tree (its the large one in a centre of the frame), which need removing.  They take a long time to rot down, and smother some of the emerging plants, so they will have to be collected up.  I'm also planning to add some more roses, there's room for a few more in the beds at the far end. 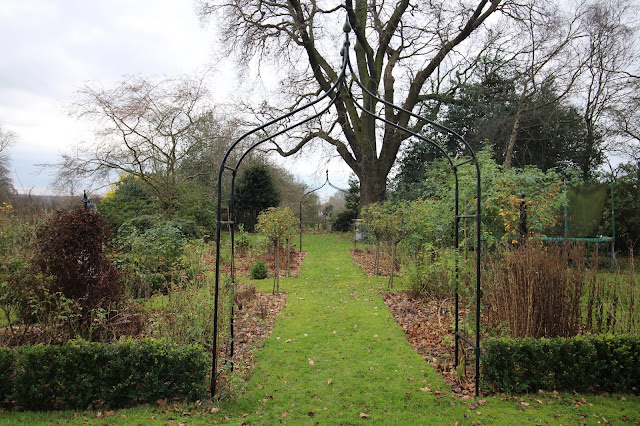 The photograph below shows the area of the Rose Garden which is to the left of the photo above. 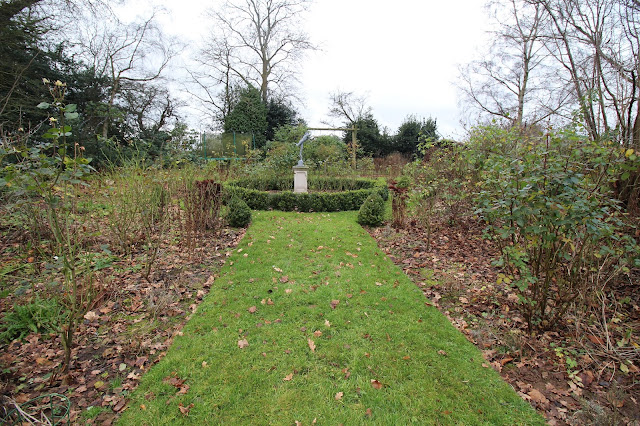 If you turn right from here and follow the path through the yew hedge you enter the Tennis court lawn with its Gertrude Jekyll inspired Long Border. Over the next couple of months I'll take the opportunity to get in there and give it a thorough weeding as the weather has stayed relatively warm and it won't be long before unwanted things start germinating. I'll also be ordering the seed for the annuals which contribute to the late summer display. 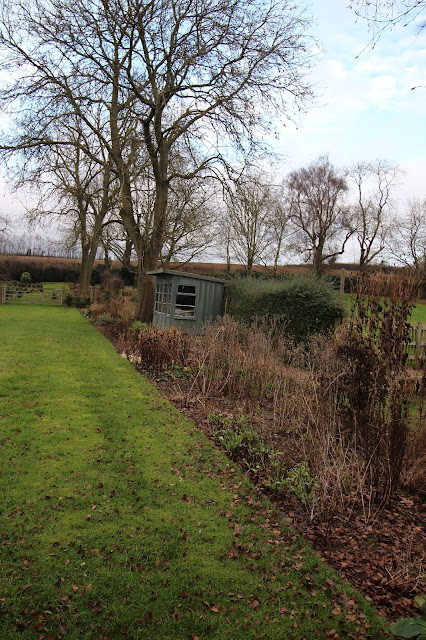 Carry on straight ahead through the gate and into the Knot Garden, which is the most recent of the garden rooms.  It's overlooked by a Mulberry tree.  The central hedges, not yet grown together, are of yew, with standard Photinias in the centre of each bed.

Digging up all the turf and relocating it to elsewhere in the garden was quite a job.  It was too much to tackle in one go so the borders running along three sides of the garden in front of the hedges were not as deep as they need to be.  I've started making them deeper - one side done! 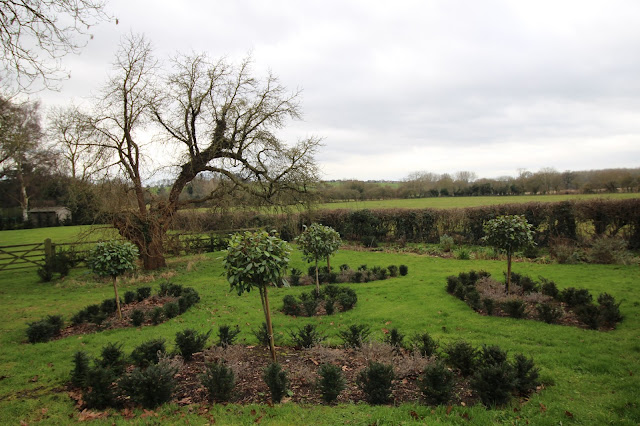 Leaving the knot garden and crossing the grassy area known as the paddock we reach the Potager (vegetable garden) with its brick edged beds and gravel paths surrounded by fencing to keep out the rabbits.  I'm after new strawberry plants for this area and I thought I might try Mara de Bois.  I'll also be netting them very securely having lost the fruit to squirrels this year.

On the left of the picture you will notice a cluster of black plastic plant pots full of things waiting to be planted out, usually self seeded plants I can't bear to bin, but there's no room for them until I move something else.  So they stay there.  I'm sure you recognise the scenario.  So planting out a fair few of them is also on the to do list. 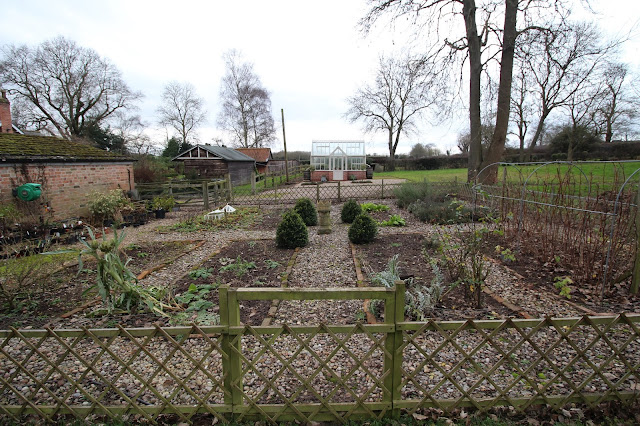 Turn left from here walk down through the woodland where the bulbs, particularly the snowdrops will shortly be putting on their show.

I'm hoping that all the work we've put into this area with the paths and weed clearance will pay off and they'll look really good this year. 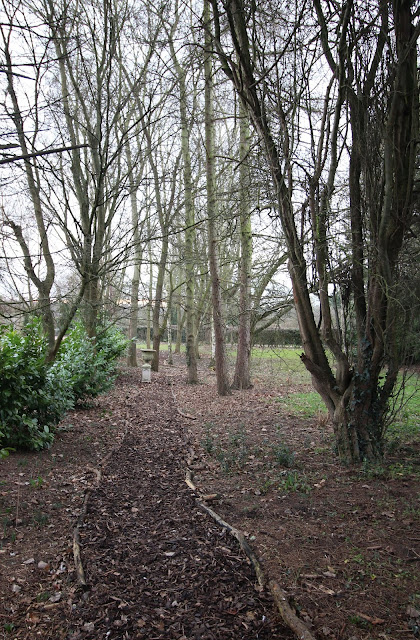 Turning right out of the woodland takes us into the front garden, almost back to where we started our stroll.

This area is work in progress, which I have been fiddling about with to try to get right.  By 'fiddling about with' I mean moving the plants all the time.  I can almost hear them sighing 'not again' when I get my spade out.  Hopefully I'll have cracked it this time (or at least have the patience to let them grow to maturity before I change it around again). 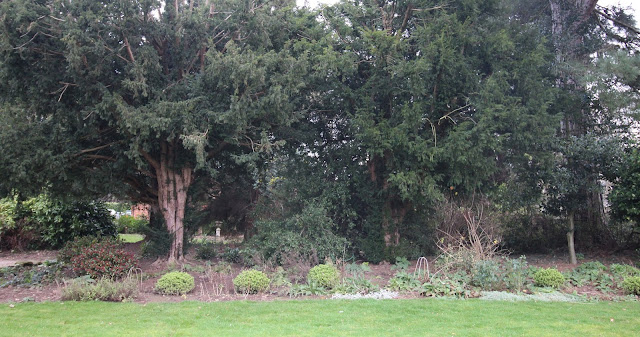 So that's my garden and my plans for the start of 2020.  If you'd like to hear from other gardeners  about their gardens and their preparations for this year, then visit The Propagator, who kindly hosts Six on Saturday.
Labels: Garden diary The Knot Garden The Long Border The Potager The Rose Garden The Woodland Garden