MID DECEMBER IN THE GARDEN

It's been poor weather for gardening this week.  It's not just that it's been raining, there has also been a cold northerly wind too.  The sun came out an hour ago and I went to take some photographs for this post, but I was driven back in all too soon by the cold and rain.

Thankfully, there is still plenty to write about in the garden. 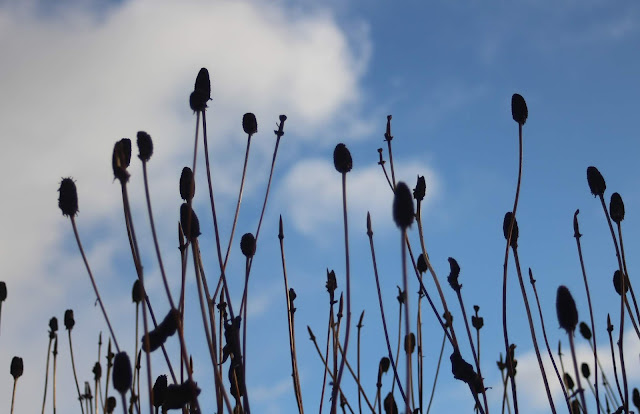 1. My homage to Piet Oudolf

It's not really though.  It's a section of the Long Border, and is entirely based on the planting designs of Gertrude Jekyll.  But it's not been cut back and the seed heads from the Rudbeckia, Heleniums and Eryngiums  seem rather reminiscent of the new perennials movement. 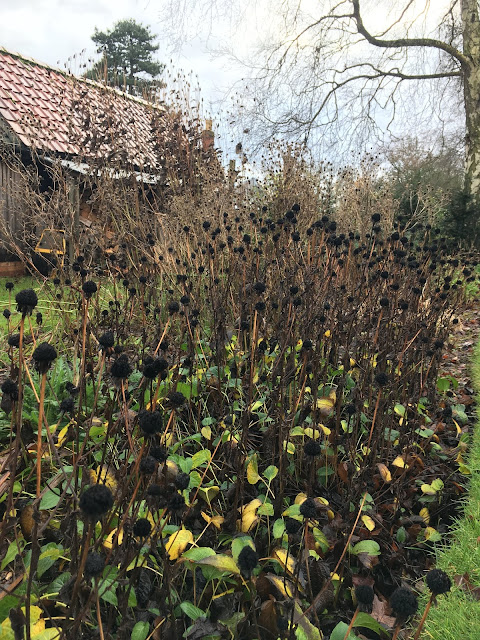 I wrote about an overgrown Mahonia last week.  This week's shrub that has grown too big and is due for a pruning is Viburnum rhytidophyllum.  It serves a useful purpose, adding weight to the back of a shrub border, and dividing one part of the garden from another.  But I wouldn't say its beautiful, although it's leathery leaves are ruggedly handsome enough. 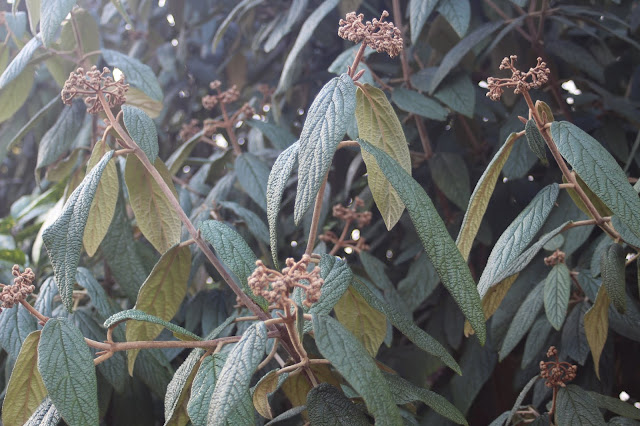 The buds on the magnolia offer another promise of spring.  My eye was attracted to the lichen growing on the branches. I think of lichen as something that grows on ancient trees in ancient valleys, whereas this tree was planted about five years ago. 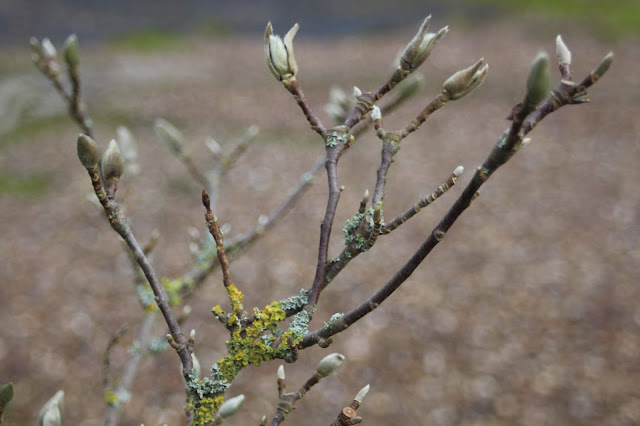 This little plant which I've kept in the greenhouse has given me so much pleasure, and it is still flowering and managing to emit a faint fragrance. 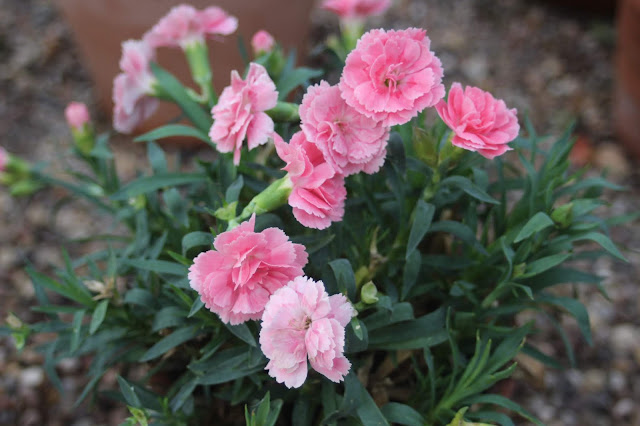 There's a lovely pile of leaves waiting to turn into leaf mould.  The job's not quite finished though there's still more on the ground to collect up. 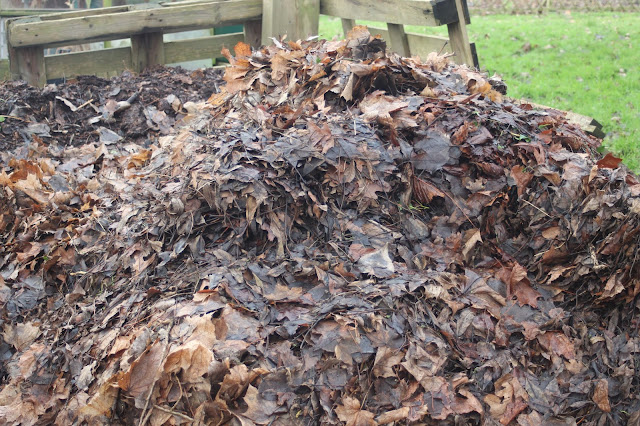 Mr Bailey's bete noir.  Haven't seen much sign of them recently - but it seems they're back. 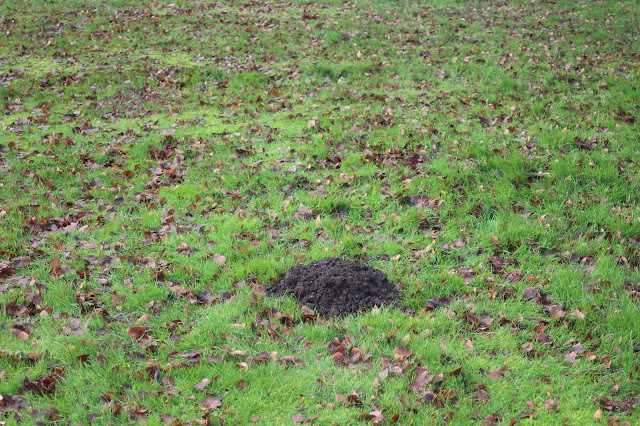 That's all for this weeks Six but there are many more interesting garden's featured on The Propagator.  You can find out how to join in by clicking that link.