THE FOLIAGE BORDER - SIX ON SATURDAY

I went out with the camera yesterday to select some seasonal plants to photograph.  The flowering shrubs and perennials have almost all finished for this year, bar the few final roses looking more than a little shabby after the recent rain.  So while I didn't set out with anything specific in mind, I thought, Ah - yes, FOLIAGE, that's what it's all about.

Amazing jagged shiny leaves.  The leaves are rather similar  in appearance to the large thistles that self seed around the garden but those leaves are matt and hairy.  It's the shine that makes them attractive.  I noticed that there are a couple of baby plants nearby.  I'm not sure whether they are spreading by roots or self seeding.  I do want a couple more of these further along this border, so I will dig them up and move them. But I will then keep an eye of them to make sure they don't try to take over. 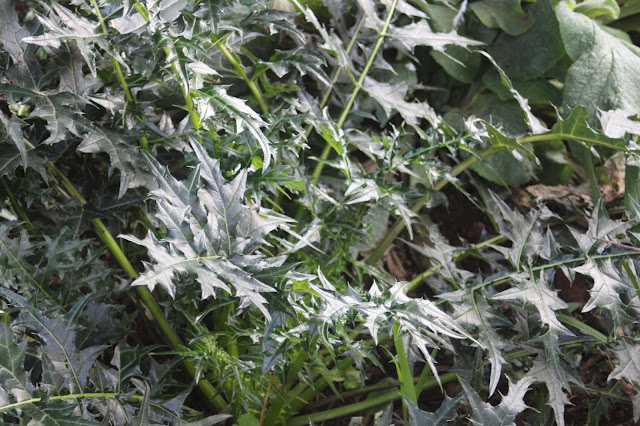 Small rounded ever green leaves looking a little like a cyclamen, but without the interesting flowers.  This plant hasn't really decided whether it wants to make a go of it or not.  I planted three of them.  Two seem OK but one is very poorly looking. I'd like them to form a glossy matt over a decent sized area, but at the moment they are making so little impact  I have difficulty spotting them. 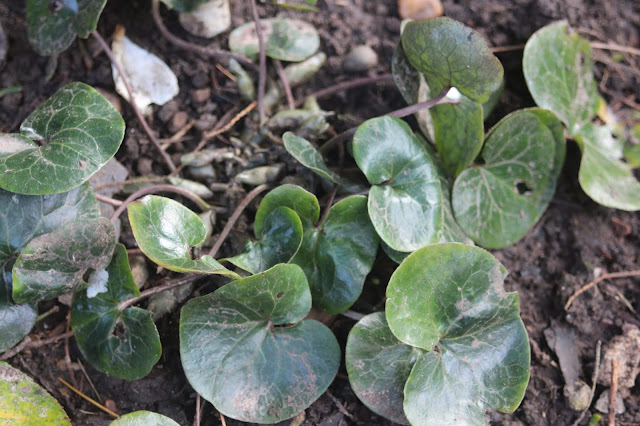 There are two of these plants in this border.  It's a reliable doer, and I've used its flowers for Christmas arrangements.  When we moved in there were two of these mature specimens here still in their huge black plastic nursery tubs. Where they stayed, until they were planted in this border a couple of years ago.  They have lost that sickly yellow tinge that they had from being in the pots and have put on their best  flowering show this year. 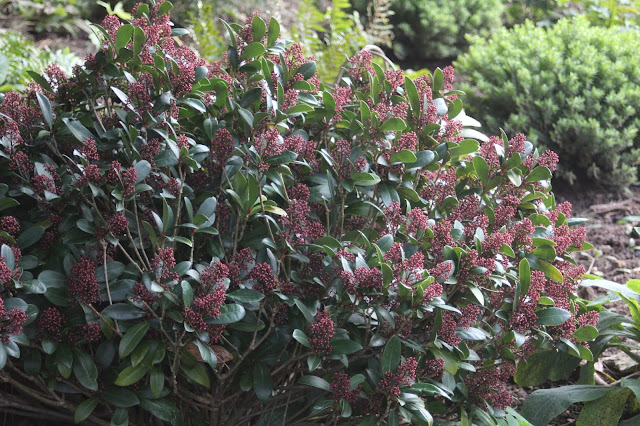 Lovely to look at and lovely to stroke obviously.  This plant was growing in a patch of gravel next to a shed.  I pulled a few little bits off it where they had produced off-sets and now I have a lovely patch of them at the front of the border. 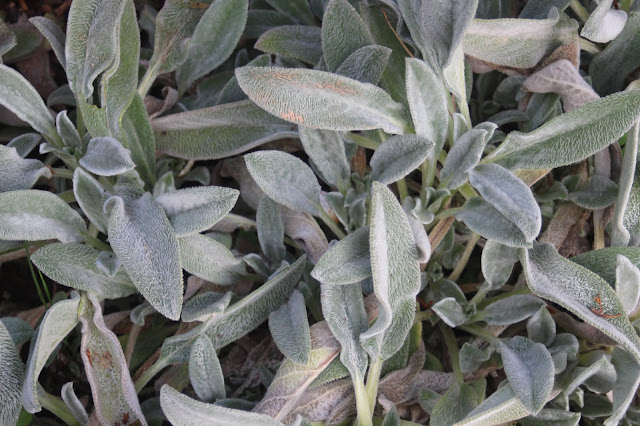 Supposedly this will form a neat mound like clipped box but without the labour of clipping for the worry about blight.  I say supposedly because I hope that will prove to be true, but as I haven't grown it before I do not know for certain. 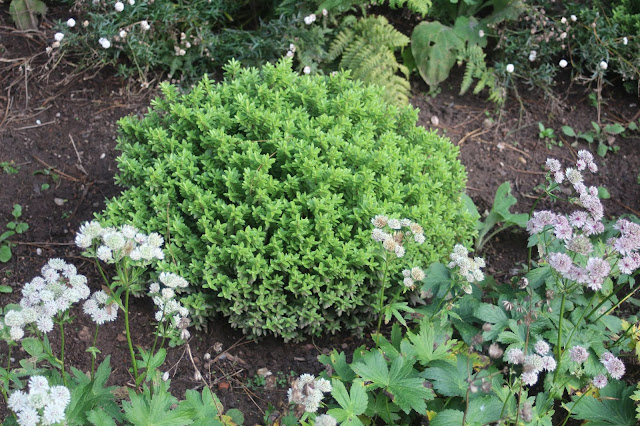 I chose this plant for its leaves based on a description in a book.  I tried to grow it from seed, but none have germinated and I while I am still nurturing the pots it's possible the mice have eaten the seeds by now.  I bought one from a garden centre instead.  It's leaves are certainly pretty enough. I'm interested to see how it gets on next year, as it should make a plant about 2m high with white umbellifer type flowers, but as I haven't seen one in real life I'm not absolutely sure. 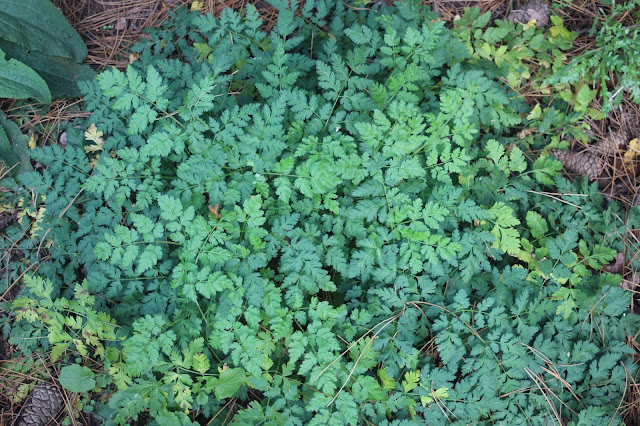 That's all for this weeks Six but there are many more interesting garden's featured on The Propagator.  You can find out how to join in by clicking that link.
Labels: Garden diary