It's mostly about the roses for this week's Six on Saturday.  They are having their second flush of flower at the moment, letting us know that autumn hasn't arrived just yet.

1. This is Rosa Scepter'd Isle, back lit by the evening sun.  I planted it this spring, so it's still getting established and the bush is still quite small but it hasn't put it off flowering. 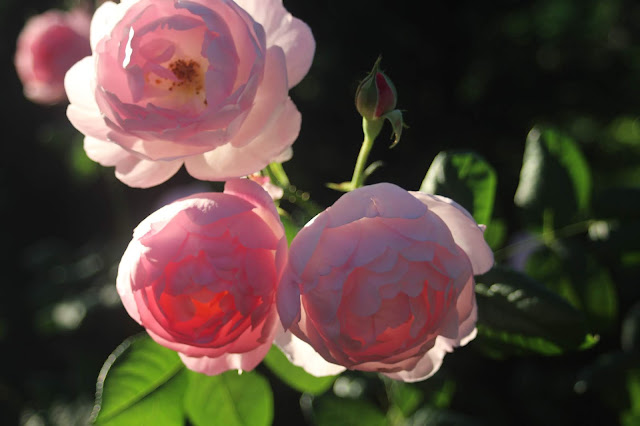 2.  Rosa Iceberg is always a star performer.  It's second flush is just as amazing a sight as it's first flush.  It must be really happy in this position.  It's planted in clay soil that seems to stay damp all year and is south west facing so receives plenty of sun. 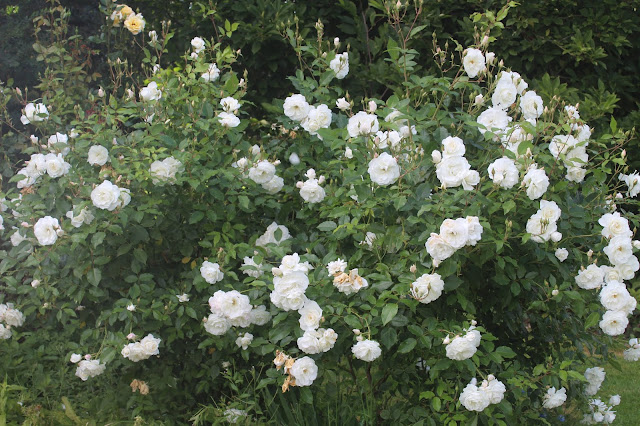 3 Rosa Jude the Obscure is another of my beloved David Austin roses.  It's not just the pale apricot colour or the perfect cup shaped blooms, but also the fabulous fruity sherbet fragrance that I adore. 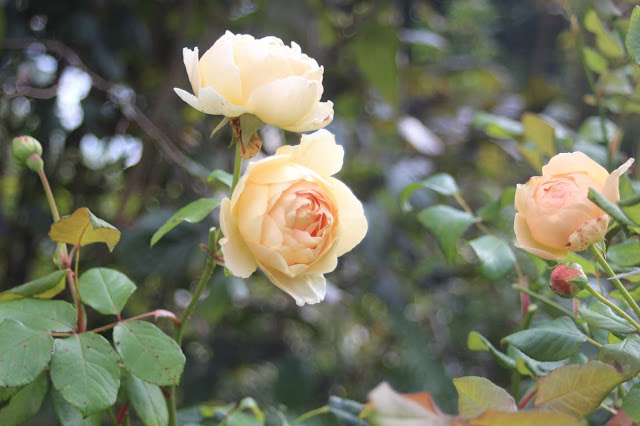 4.Rosa Burgundy Ice is a sport of Iceberg. It doesn't seem as robust as the Rosa Iceberg , shown above, but I haven't given it as good growing conditions either.  But it is just such a beautiful colour that I forgive it its somewhat spindly growth habit. 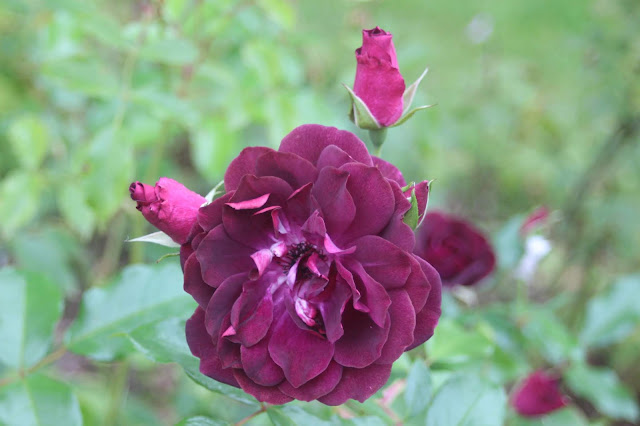 5. This Anemone Honorine Jobert  is in a shady corner of the Rose Garden because it is one of those plants that is recommended for shade.  However, there is obviously shade it is happy with and shade where it sulks and does nothing for four years, until you cut down some firs and it gets a fraction more light and it flowers at long last.  So a little hurrah for it getting going in the end. 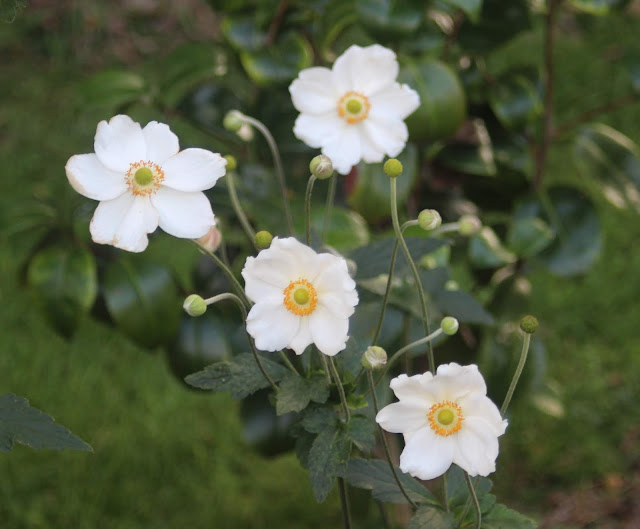 6. For the last week the early morning sun has cast these long shadows across the lawn.    I grabbed the camera early and photographed it before the moment had passed once more. 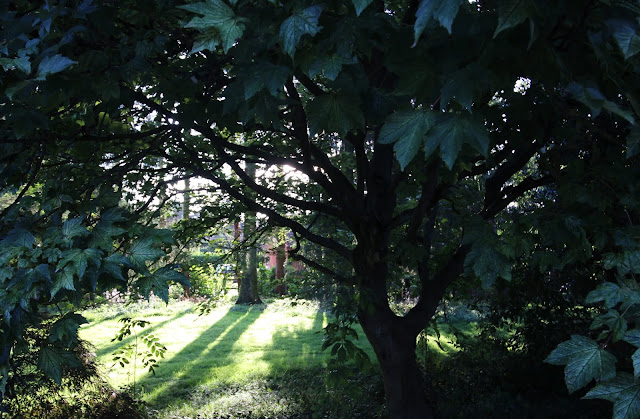 That's all for my Six on Saturday this week, but there are plenty more to see at The Propagator who kindly hosts this meme.
Labels: Garden diary Roses