PEAS FROM THE POTAGER


Whether you call it a vegetable garden or a potager, its where you grow delicious things to eat.  Sometimes the gardener gets to eat them, and sometimes the other occupants of the garden get to eat them.  I'll fill you in on who has been eating what later in the post. 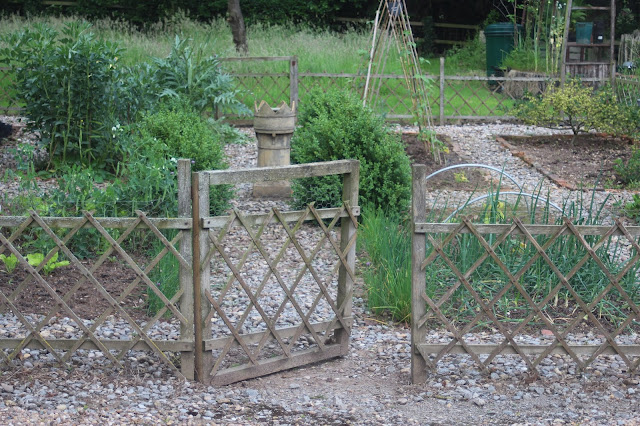 This was the first part of the garden we made when we moved here.  The area had been laid with coarse gravel in the past, which we partially removed to create eight symmetrical beds,which we edged with reclaimed brick, leaving the gravel to form the paths in between.  The first year all our plants got eaten by rabbits.  The next year we put the chicken wire fencing in.  We were new to this gardening lark and hadn't realised what a problem rabbits could be for the vegetable gardener (and for the rose grower and for just about anything that we decided to plant in the early years).


Rosemary Verey called her decorative vegetable garden a potager, so I have adopted the name for mine too.  Its intended to be decorative as well as functional, and I aim to grow small amounts of things I like to eat - particularly things that are harder to buy from the shops. 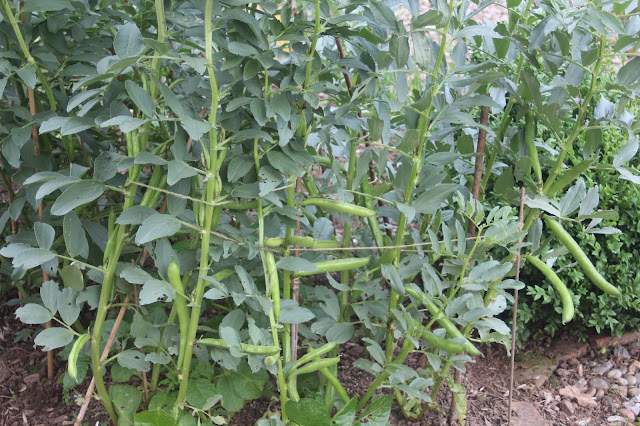 I'm rather pleased with the broad beans.  I've managed to grow these every year and they are very trouble free.  Nothing seems to want to eat them (not even the children says my sister-in-law) so there are plenty for me. 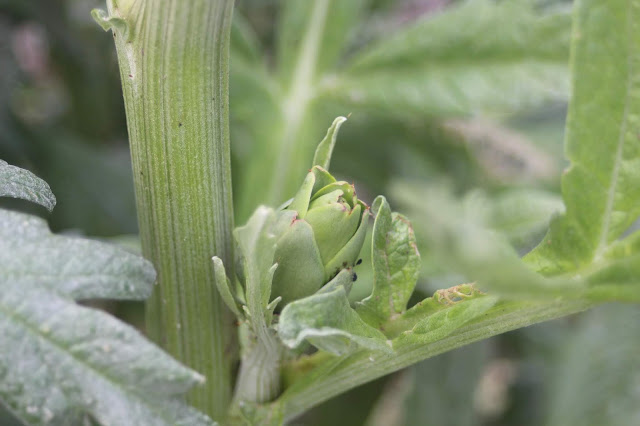 Here is a little globe artichoke.  I've harvested half a dozen of these already from the one plant.  This is one the children do enjoy as long as they have plenty of melted butter to dip the cooked leaves in. 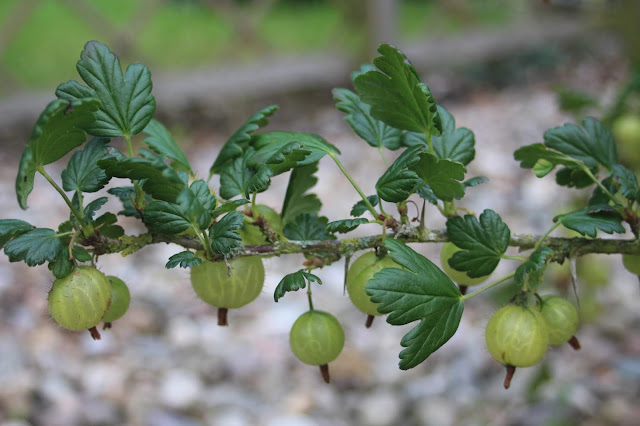 I had a good crop of gooseberries this year.  This is a cooking variety, which I enjoy stewed with a little brown sugar and served with a scoop of vanilla ice cream. 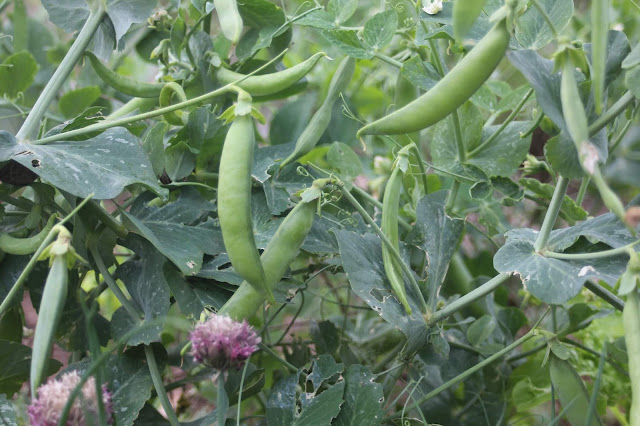 And here is a crop of peas.  I don't grow these every year as a whole row of plants yields only a small bowl full of peas.  But I have to say they were definitely sweeter and tasted superior to frozen ones, and if you can find a willing helper to pod them all, then they are worth the trouble.  (Thanks Miss Bailey - and she didn't even get to eat any as she was going out!) 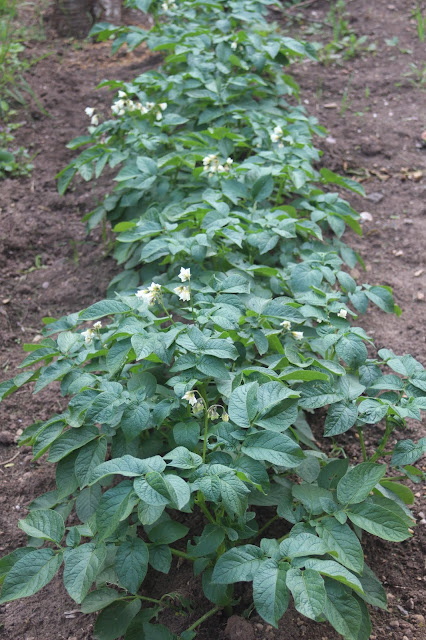 Finally here are the new potatoes.  These should be ready to harvest but I haven't dug down to investigate yet. These are growing in a patch of soil that had perennial weeds we wanted to clear.  Potatoes are supposed to help 'clear the ground' I've read, so this is by way of an experiment to see if that works.

And finally - there are no pictures of beautiful, red, juicy strawberries because a squirrel has eaten them.  They didn't even wait until they were ripe.  They ate them when they were tiny and green.  Netting was not a deterrent  - they either went underneath it or trampled it down.  Next year I'll have to invest in better defences...