Since November change has happened so slowly in the garden as I wait for the snowdrops and then the crocus to appear.  Now the garden is starting to change so fast.  A little warm and sunny weather this week and something new has been appearing every day.

This is the first time I've grown Tulip turkestanica.  I hadn't realised just how tiny these would be.  The difficulty with selecting varieties from a catalogue is that you get no real feeling of comparative size.  This may make it seem like I'm disappointed in them, which I'm not.  They are very sweet, but I hadn't realised that those tiny shoots were ready to flower. 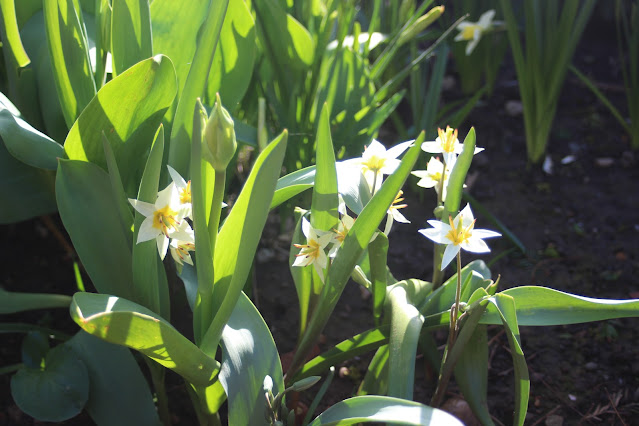 I'd put them in this triangular bed at the side of the house, as are the Fritillaria raddeana.  One had made an early appearance, but I'm glad to report that the rest are now joining it.  It has so far proved to be long lasting in flower. 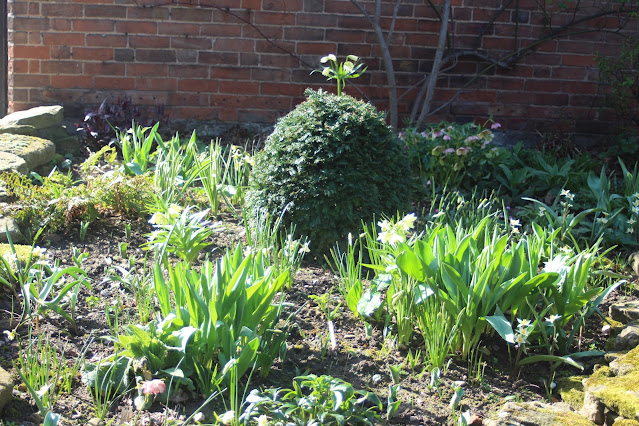 Another pretty little thing that caught my eye was this oxlip (I think), 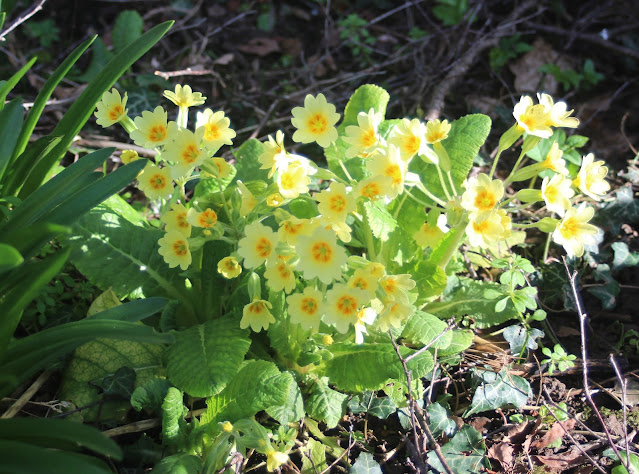 This Pieris japonica seemingly sprang into bloom overnight too.  I love the little hanging flowers, and judging by the sound of buzzing, those early bumble bees like them very much too. 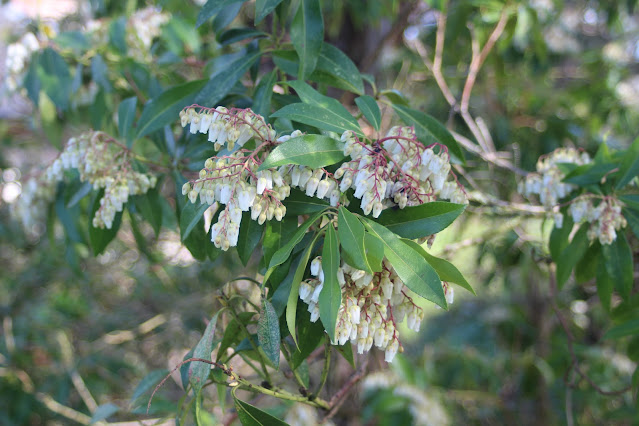 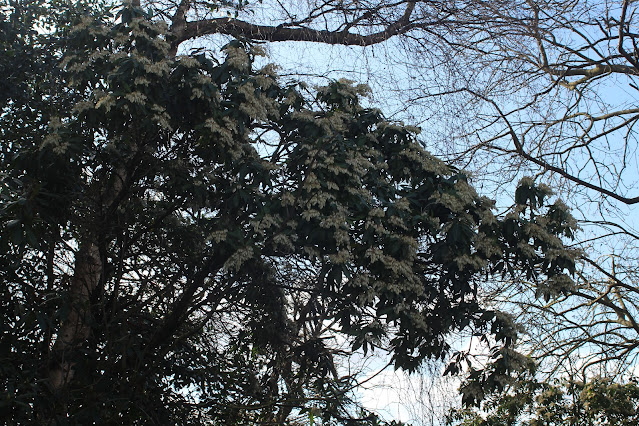 More than anything, though, it is the appearance of the daffodils that has made the most difference to the garden.  The white variety appears in little groups throughout the garden. 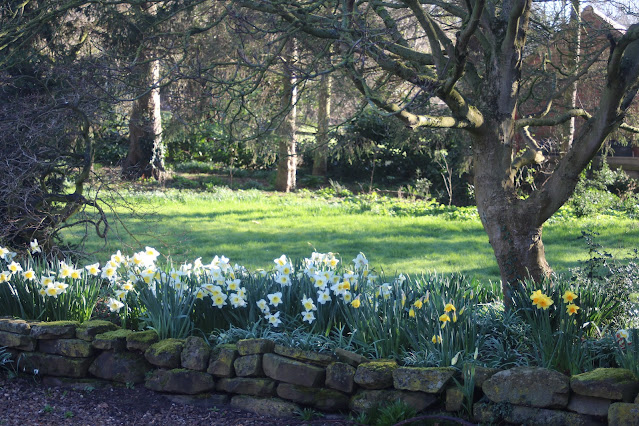 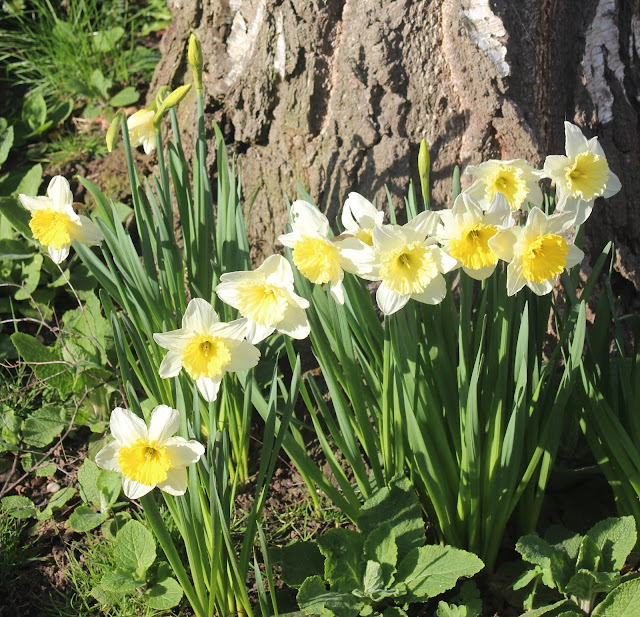 The display in the orchard has really filled up now. 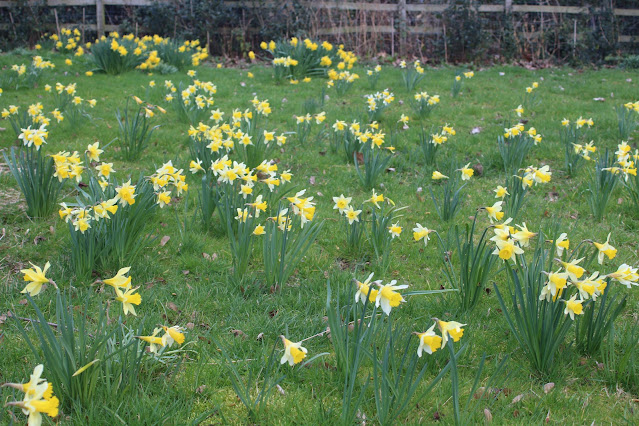 And  a few delicate narcissus along with pale pink Chinodoxa forbesii are keeping Lord Byron company. 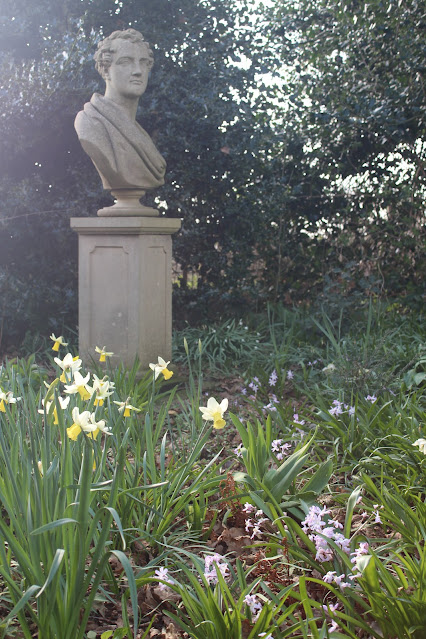 Whilst in the woodland 'February Gold' is at its peak. 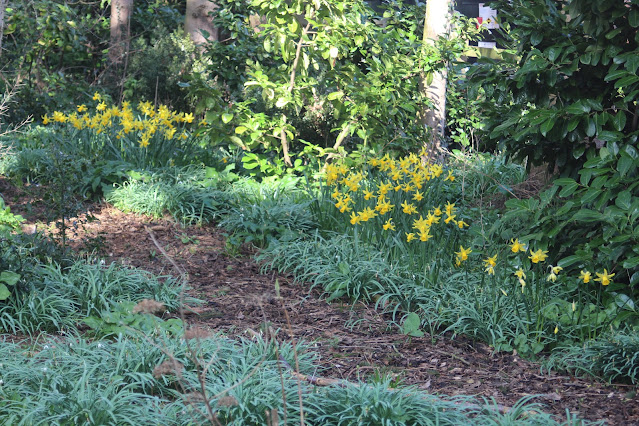 The great Rose Garden tidy up has continued this week.  The pruning is finished now but the remaining dead leaves scattering the ground need picking up, and patches of moss, grassy tufts and the inevitable rosebay willow herb need weeding out. 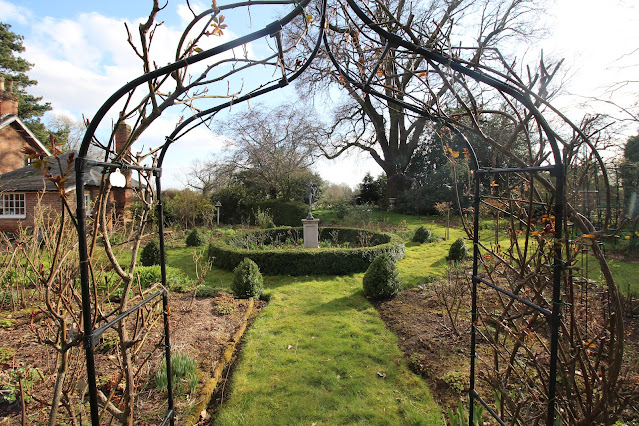 I have a few Camellias, which have never flowered much and usually look rather unhappy in general.  This year one of them at least has decided to put on a bit of a show.  This red and white stripy number was bought from an Open Gardens plant sale in a local village, grown from a cutting by one of the gardeners there. 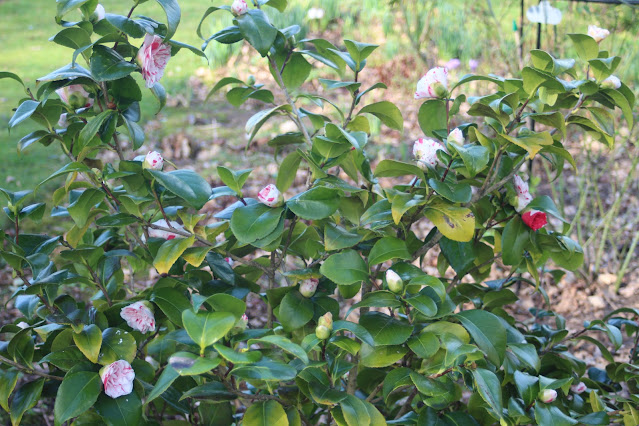 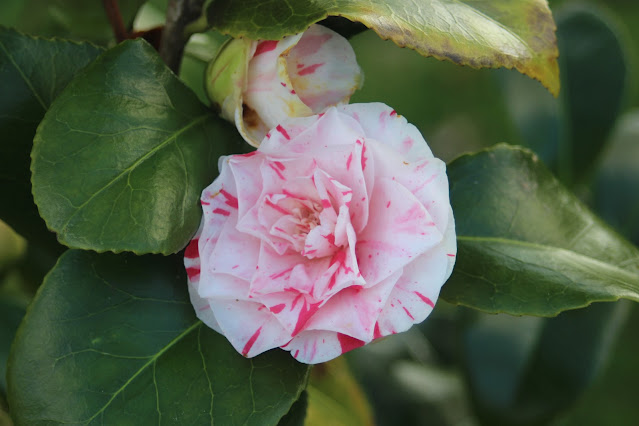 Those were the highlights in the garden this week.  If you would like to see more from other gardens around the world check out The Propagator who hosts Six on Saturday.
Labels: daffodils Spring Gardens The Rose Garden The Woodland Garden Tulips