The snowdrops are here!  I predict wall to wall snowdrops on  UK Six on Saturdays this week.  It's inevitable as a Bread Week on Bake off, and just as delicious.

Here are a few of my beauties, nestling in the grass of the 'Arboretum'.  Most of the single flowered ones are still in bud, but this taller one has opened up. 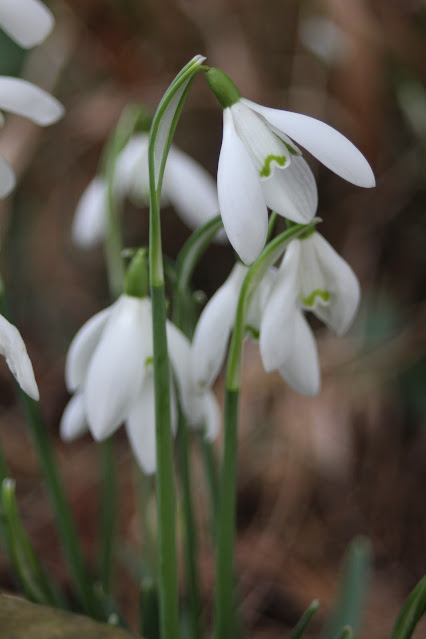 My favourites are the doubles, and they are at their best right now. 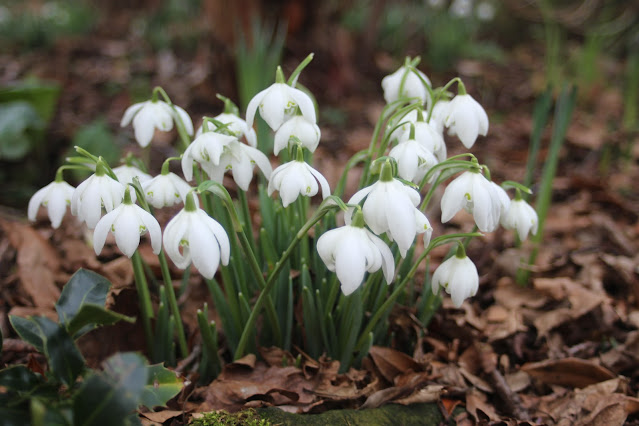 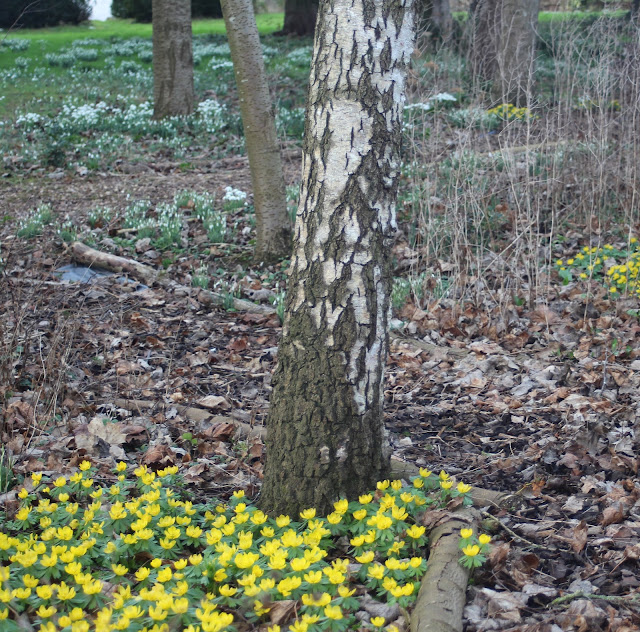 No fancy varieties here, although I'm happy to admire them in other peoples posts.
Crocus tommasinianus has also made a sudden, and welcome, appearance.  They are in a patch in the grass, placed quite randomly in the knot garden where they grew naturally.  The squirrels leave them alone here, whereas if I move them to the borders .... well, they get eaten. 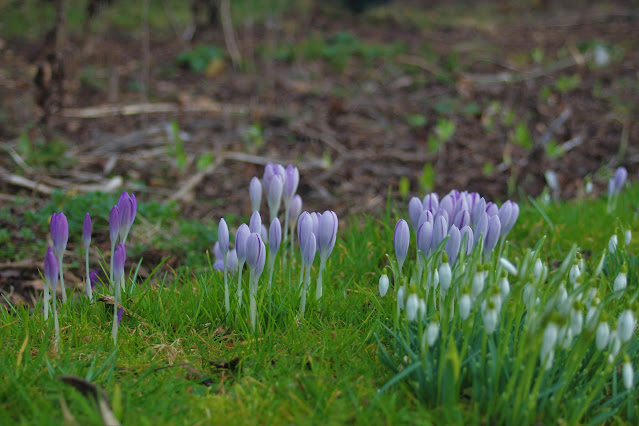 Since it was a bit over cast yesterday, the crocus were all closed up, except one little soul who decided to open up anyway. 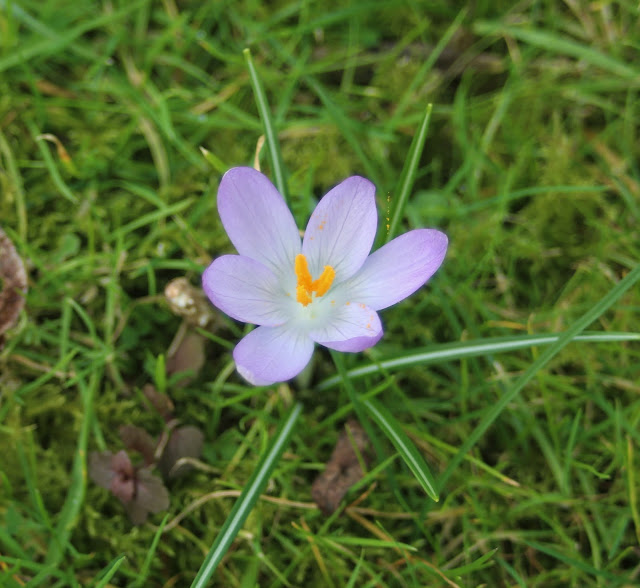 What's that - 'All very nice, but what about some actual gardening?' I hear you mutter/moan/ask in despair (delete as appropriate).  There's not much going on expect rose pruning and yet more rose pruning.  Here is 'Golden Showers' tied in against the wall.  Since I don't actually like this rose it has had a very severe pruning in years gone by (as I didn't care if it died), and as a result has lots of healthy young growth.  There's a lesson there somewhere. 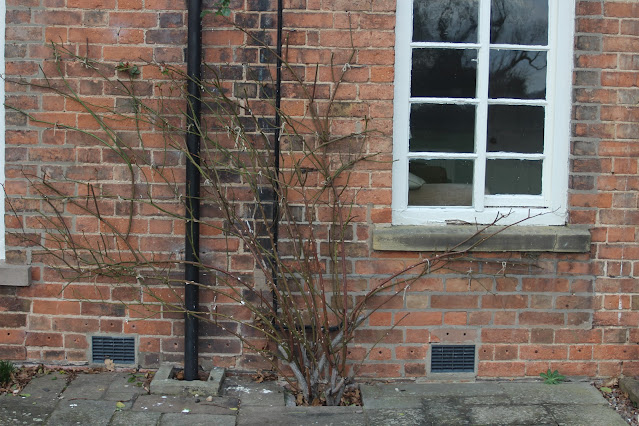 I've just a few of these Spring flowering cyclamen with their shocking pink flowers.  (I left the camera on automatic setting and it has weirdly over exposed all the shots leaving them looking rather washed out.) 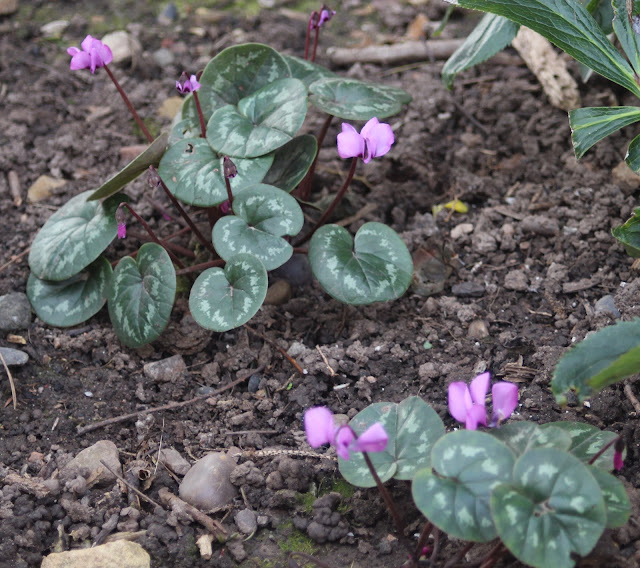 I've photo shopped this one below to make it pinker, and they look quite nice with the pink hellebore. 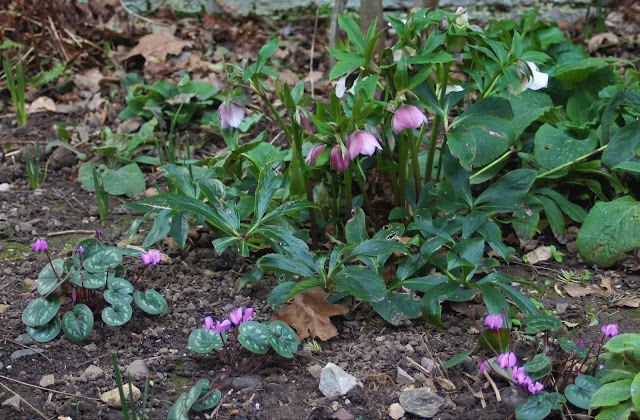 Talking of hellebores, they are getting into their stride too.  So difficult to photograph though because their heads hang down dreadfully. 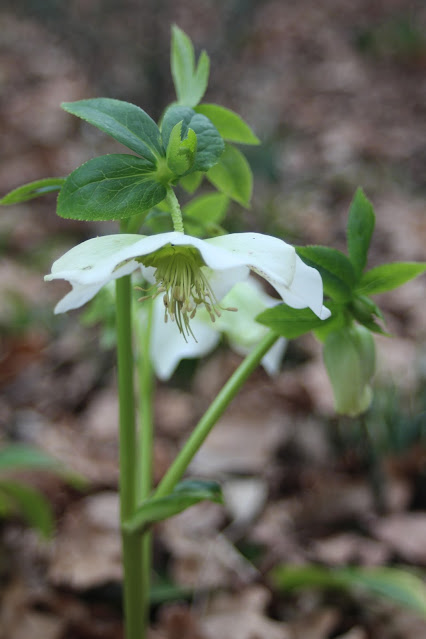 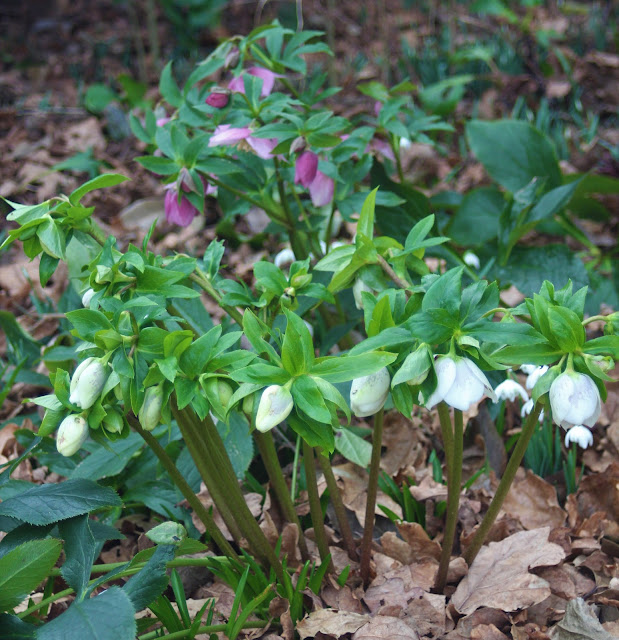 And to wrap up some lovely seedlings.  These are the sweet peas I sowed in January.  Not a great germination rate but at I do have some at least.  They got moved to the greenhouse on a heated mat once they grew too tall for the propagator. 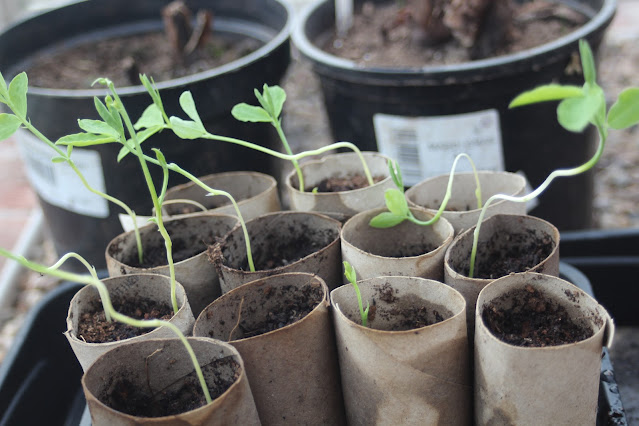 That's all for this week in my garden.  I expect next week there will be more snowdrops opening up and this lawn will be a carpet of white.  Until then you can check out other Six on Saturdays from around the world by heading over to The Propagator.