We have been very lucky that Storm Eunice seems to have left us relatively unscathed.  I hope it hasn't caused damage to you or your gardens.

I took the photographs for this week's Six on Saturday before the bad weather hit, but it was already getting rather windy even then.   These Iris reticulata were planted last autumn in a pot so that I could move it next to the house door and admire them in flower.   The flowers appeared all of a sudden on Thursday, and I decided to keep them safe in the greenhouse for now. They will join these cyclamen and primulas who are hiding from the storm in this sheltered spot. 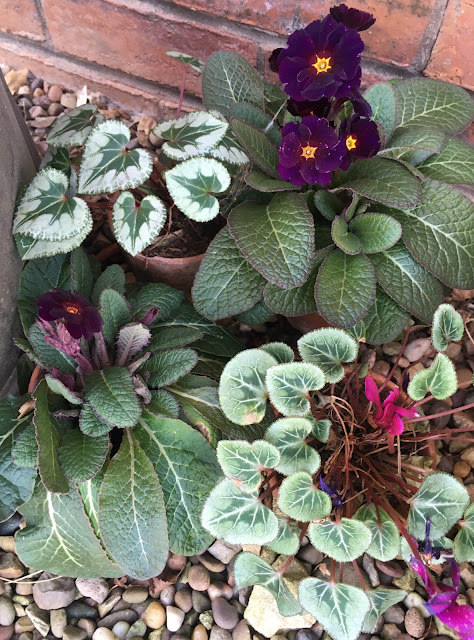 Meanwhile the snowdrops are gradually pushing up and look just about ready to open. 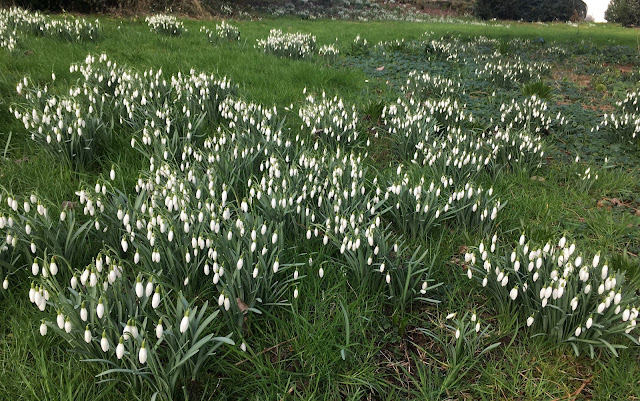 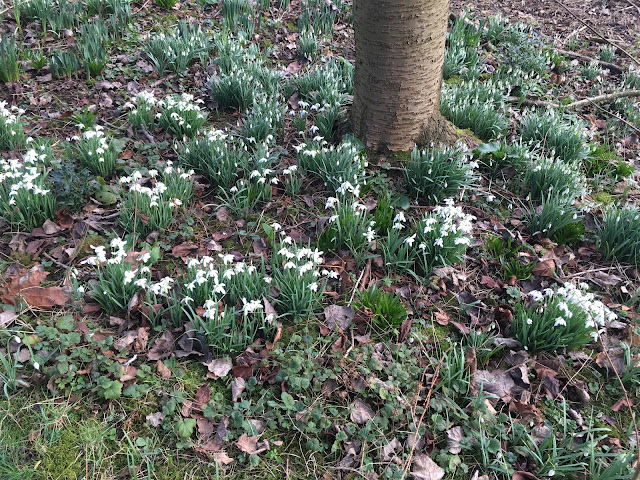 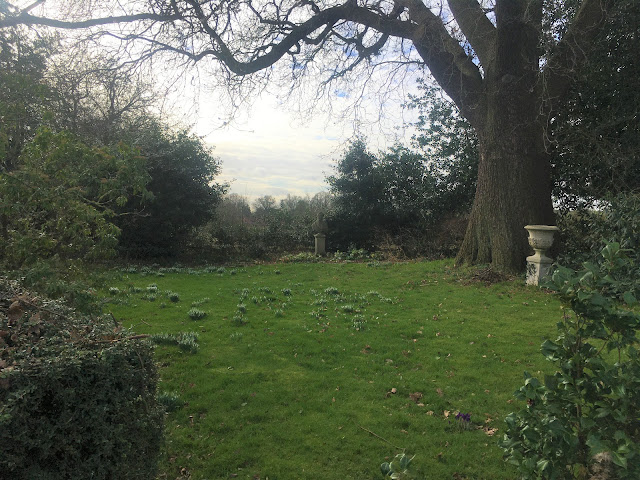 I was looking for the crocus I planted last year to see whether they are in flower yet.  The answer was no, but then I spotted this patch of bright purple ones in a little clump near the bush on the left of the picture above.  Who knows who planted them or when. 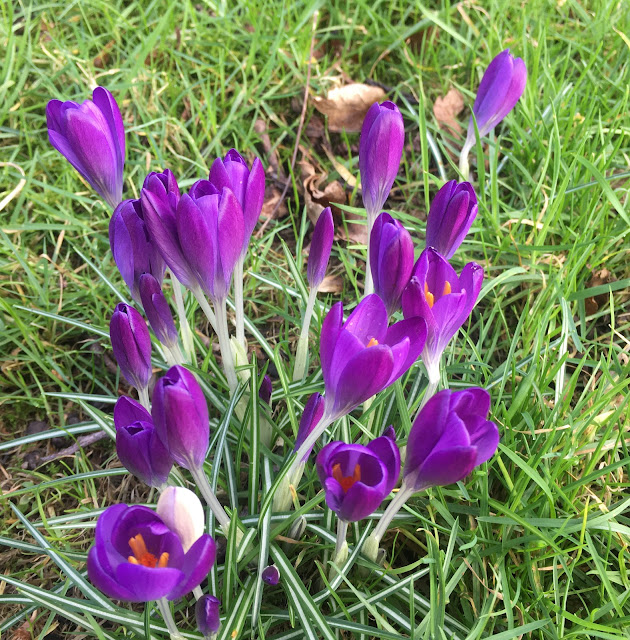 The border at the back of that photo contains various spring bulbs some planted by me and some inherited.  Tulip 'the First' is a truly early flowerer.  It gets nibbled by the slugs each year which rather spoils them though. Behind the border stands the Oak tree, whose scattered leaves you will spot in (nearly) every photo of the garden as they evade my attempts to clear them away to the leaf pile. 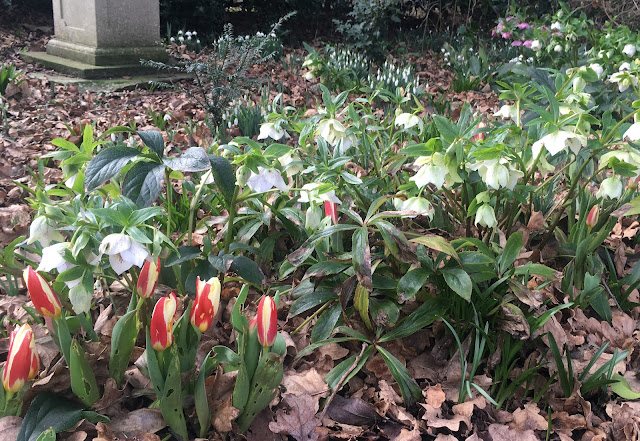 Round the corner is this Mahonia aquifolium with its sweet scented flowers.  Scent in the garden is such a difficult thing to convey but its charms are great. 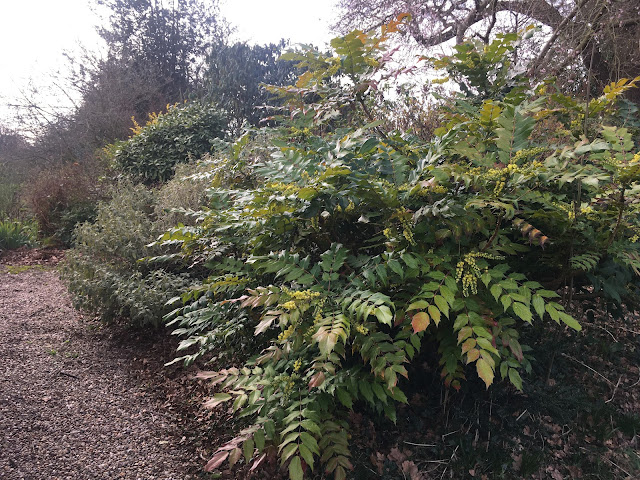 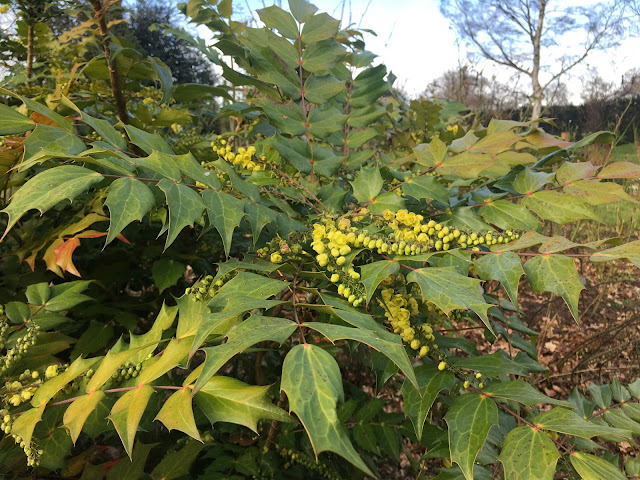 That's all from my garden for this week.  Thanks, as always, to the Propagator for hosting Six on Saturday.