We escaped last weeks storms with only some damage to the old wooden greenhouse, where one of the large glass panes broke, and the roof has an ominous tilt.  The wind has continued to blow strongly all week, but the weather is bright and sunny, so it's not all bad. The snowdrops are all open now and carpeting the 'Arboretum'  as well as popping up in just about every border and stretch of grass in the garden. 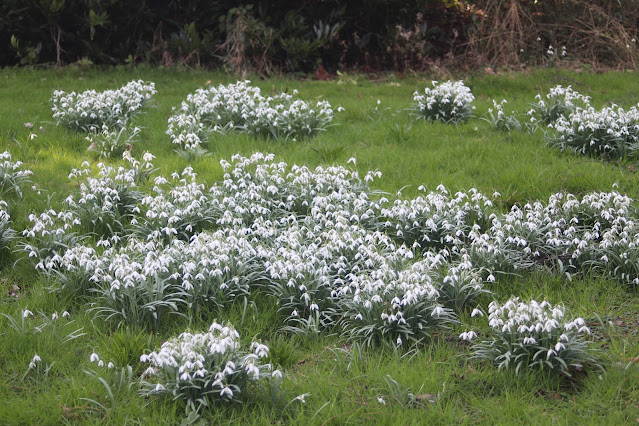 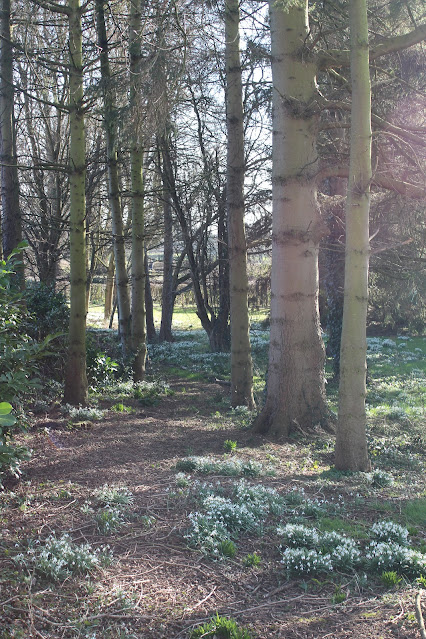 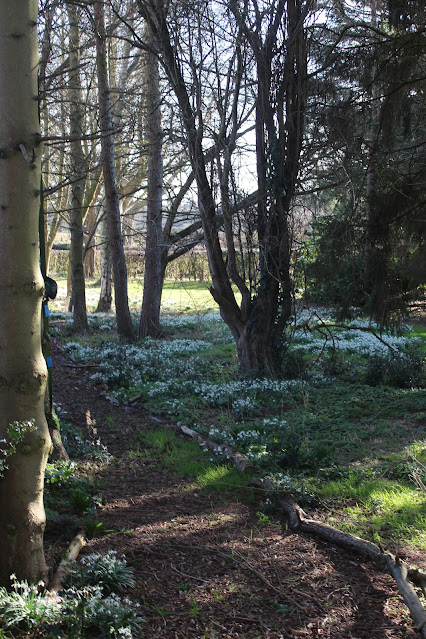 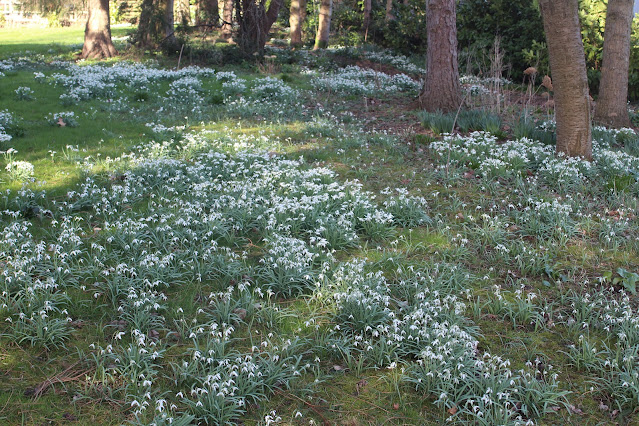 Whilst we have plenty of snowdrops, I've come to the conclusion you (meaning I) can never have too many crocus either.  They are lovely little flowers, so delicate and in such a pretty range of soft colours.  I just feel I want to see them everywhere at the moment.  In the grass as well as in the borders.  They could occupy all those spaces at the back where deciduous shrubs will fill out later on. 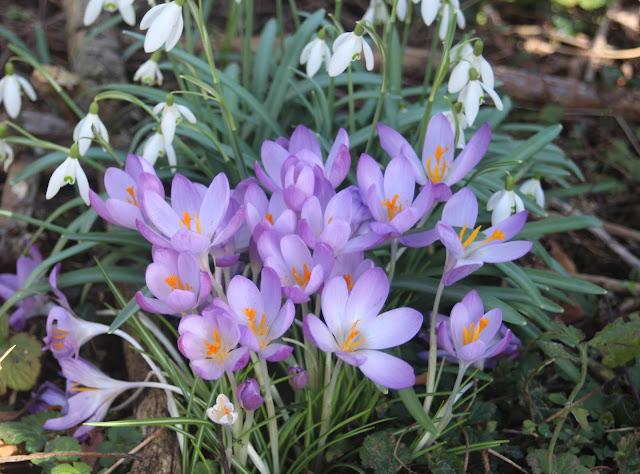 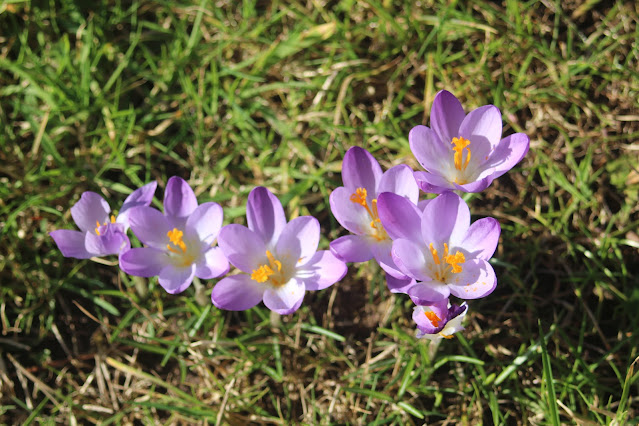 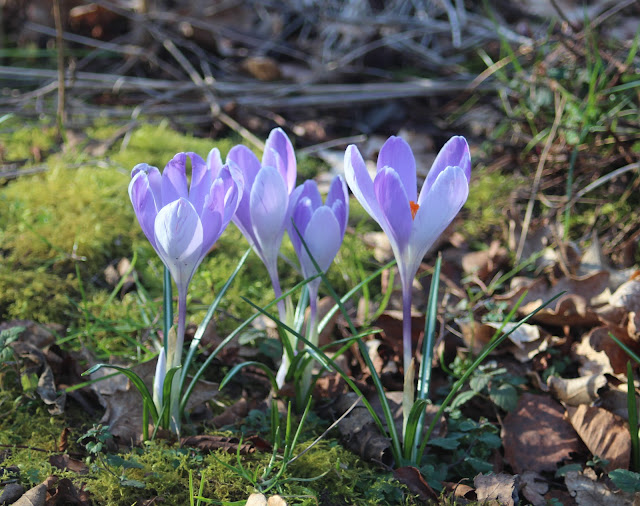 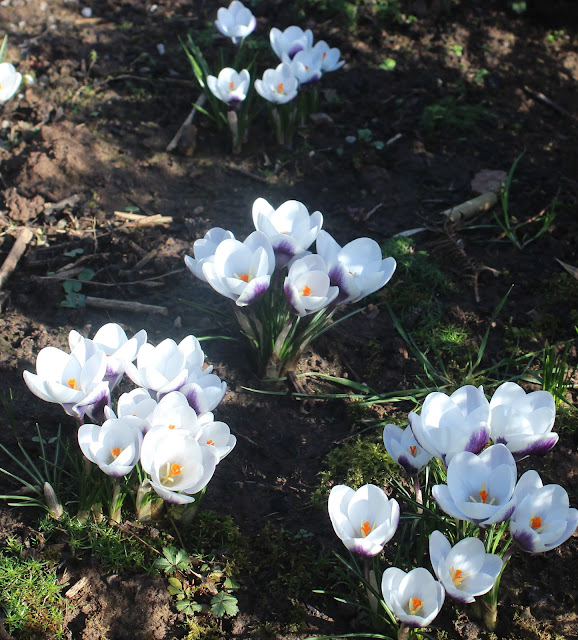 Most of them are tomasianus, with Prins Claus appearing in the last photo.  It is these little delicate looking crocus that I'm particularly drawn to at the moment.
Also putting on a good show are the Oriental Hellebores.  I think I could find room for many more of these too, along the driveway in dappled shade under the trees and shrubs. 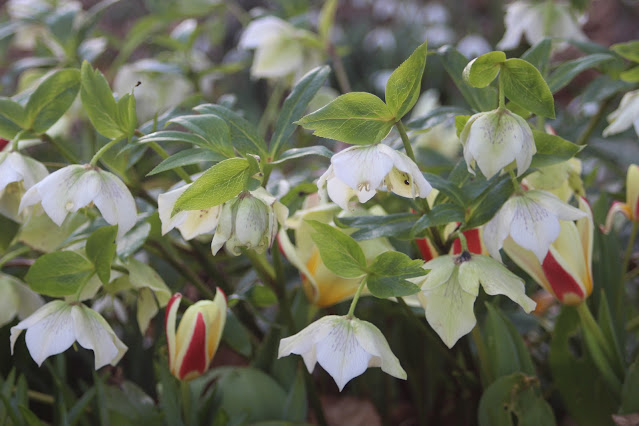 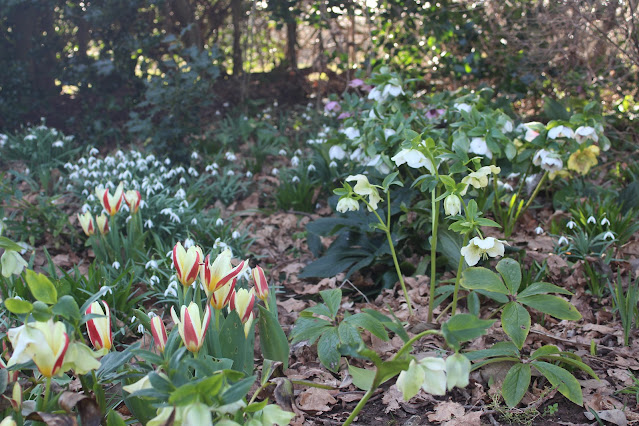 Having put in a lot of the garden structure over the ten or so years we have been here, it is these finer details that I think would be worth my while concentrating on. 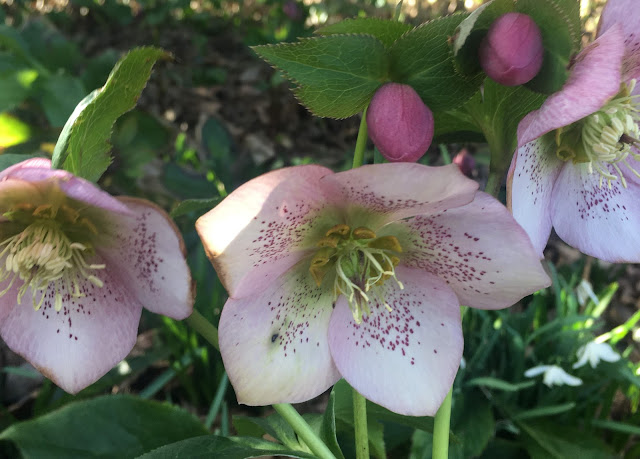 Not as pretty as the orientals, but with better foliage and more presence, is Helleborus foetidus.  This one just appeared once the lower branches of the shrub behind it were removed. 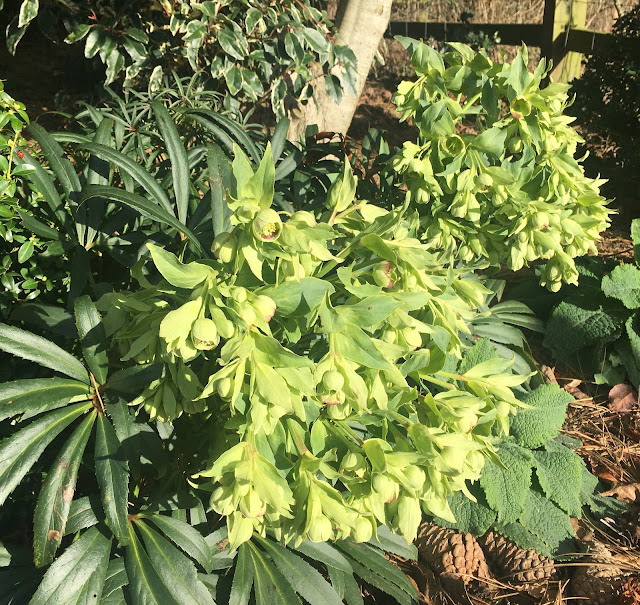 In a similar pale greenish yellow, is this Fritillaria raddeana.  I thought I had brought a few of these bulbs, but only one has appeared so far.  Perhaps it's just (unfashionably) early?  It's the first of the crown imperial type that I've grown.  I've been tempted to try the showy orange type, but I've not been sure where to place it in the garden. 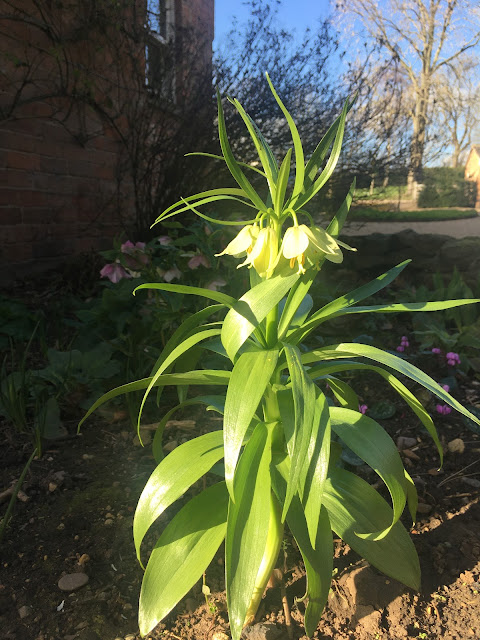 To finish this week's Six here are the Iris reticulata from last week, enjoying some time in the fresh air, having been tucked up in the greenhouse ever since they were planted. 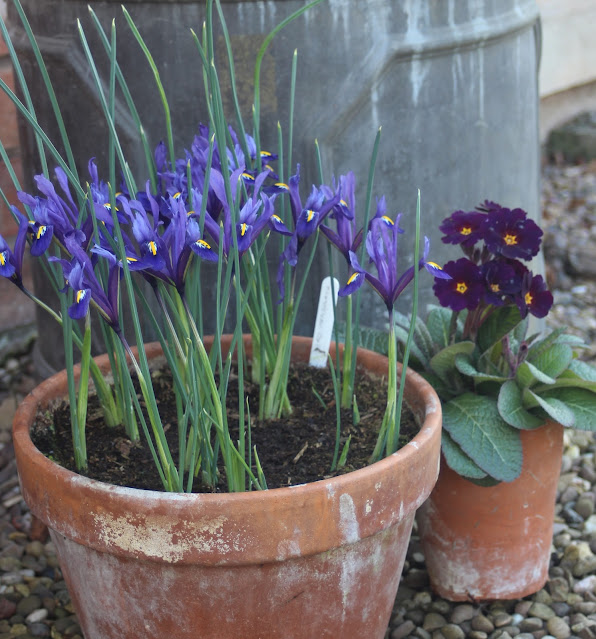 That's it for now, but don't forget there are other posts to check out on the Propagator.