We've been lucky enough to have another week of dry mild weather, so there was no excuse not to get out there and get on with those garden tasks.

By now most of the garden is sprinkled with fallen leaves rather than pretty flowers.  This Calendula 'Snow Princess' is still producing one or two flowers, which is pretty much what it's been doing all Summer.  Its school report would read 'must try harder'. 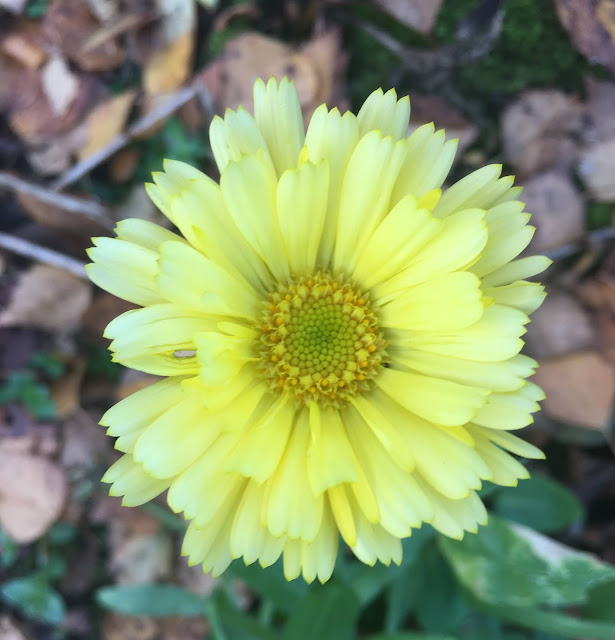 I have no such problems with Madame Alfred Carriere, who I feel would permanently have her hand up, saying 'Miss!  choose me Miss!  I know the answer!  Such eagerness.
She would be quite happy to grow up to the eaves, but I'm not so happy on ladders that reach to those heights.  I 'm giving her an interim prune to tide her through the Winter. 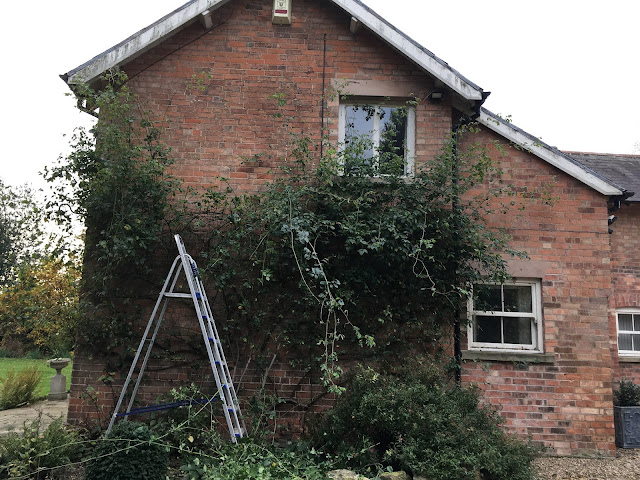 These Gothic Vases also needed something that would tide them through the Winter.  In the past I've planted them with tulips and topped them with pansies.  The effect has left something to be desired.  The pansies find it too cold and wet  I think and sit there looking half dead until late Spring.  So I've planted the tulips in plastic pots instead, which should just pop into the urns as they come into flower (fingers crossed).  Meanwhile I went all architectural with a pair of handsome variegated Yuccas. 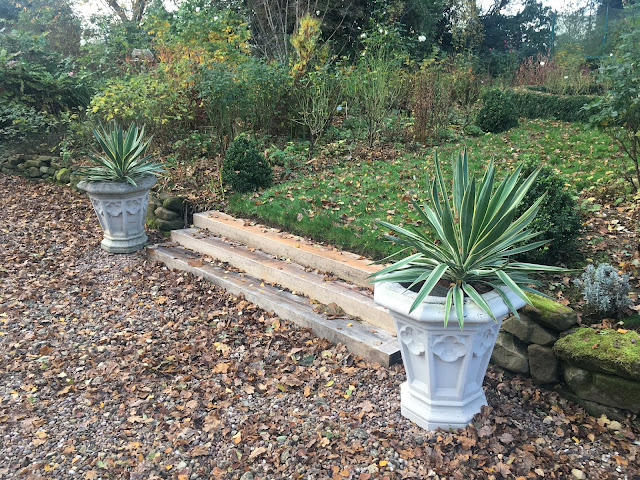 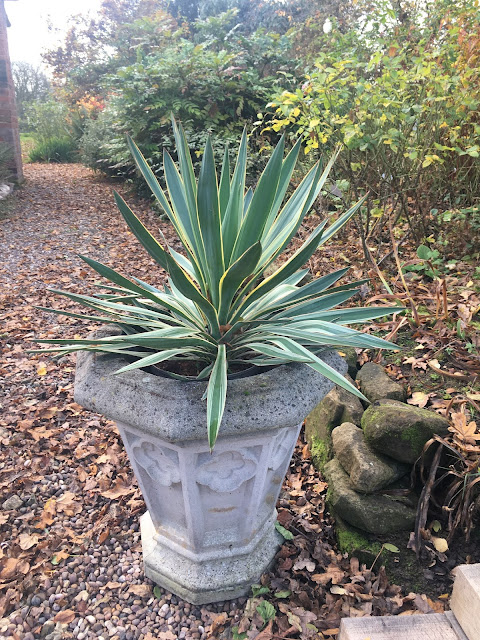 Is it always worth deadheading plants?  Sometimes they surprise me, but sometimes they don't show any signs of wanting to re- bloom: Helenium springs to mind.  I thought it was supposed to, but not in my experience. This is Achillea 'Terracotta' which has managed a few small flowers.  At this time of year I see that as a Win. 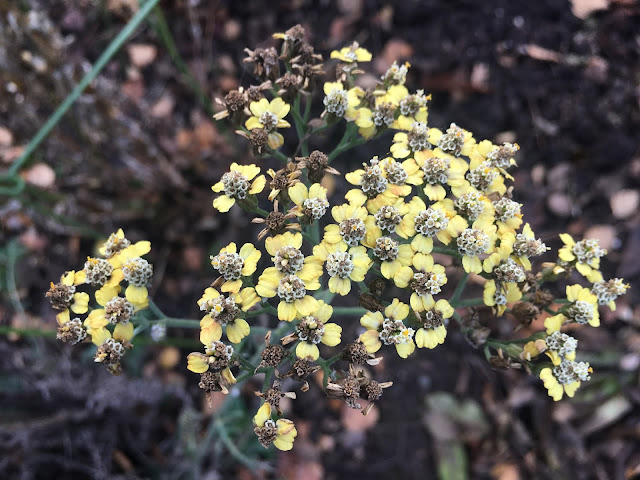 As we had the first frost (Boo) a week or two back, its time for the great Dahlia lift.   Here they are drying off in the greenhouse before being packed away in old dry compost.  I use the stuff that the tomatoes were grown in. 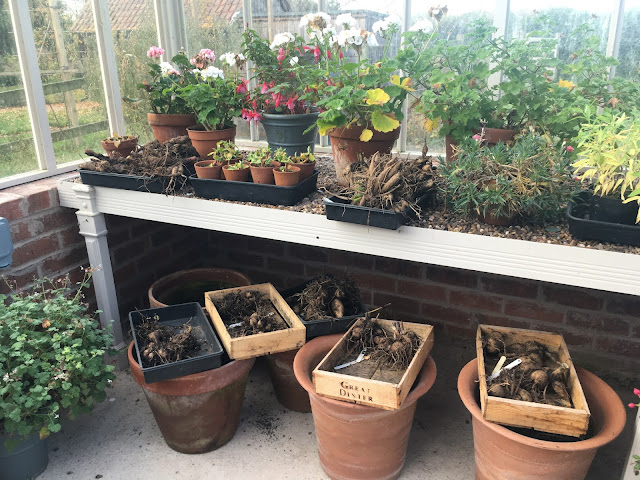 I've chosen this Hydrangea to finish with.  I think it's Annabelle.  I wish I'd taken a better photo, but the truth is that it's not a very good looking plant, having decided to grow just the one long branch.  But it has decided to flower nicely and so I'm letting her have a precious Six on Saturday slot as a reward. (School report would be 'tries hard', I think). 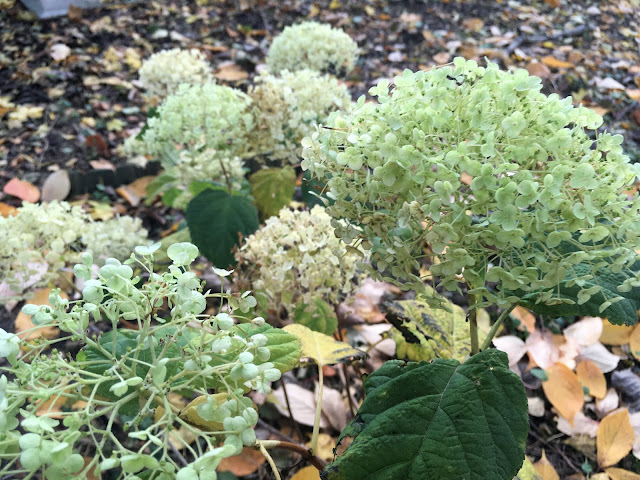 That's all I have space for this week, but if you want to read more about garden in here and abroad, then don't forget to check out the Propagator who hosts Six on Saturday.