PLANTING BULBS, AND ANOTHER GREAT ROSE

I understand that some people really like Autumn and refer to it as their 'favourite season'.  I am not one of them.  I like Summer, so Autumn is a reminder that it is over for another year.  We have had a lovely sunny and almost warm week so I am continuing to pretend that Autumn is not here yet.  I have seen some leaves start to change colour and deliberately pointed my camera the other way.

The Rose Garden is looking pretty in pink (and purple).  The asters are still looking good, particularly the tall 'Dark Desire' on the right. 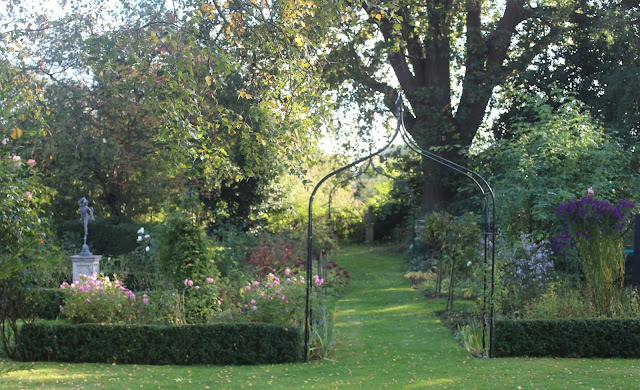 The pink is provided by Rosa 'Bonica', which deserved to be in my post on unsung heroes of the rose garden two weeks ago, but it wasn't.   Which is ironic really.  It flowers reliably with clusters of small flowers.  It's reasonably healthy, but unscented.  The two do seem to go together unfortunately. 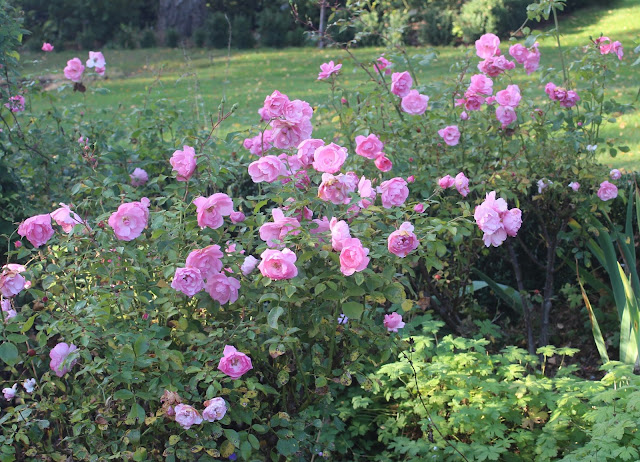 There are a couple of plants I wanted to feature this week that are growing in the Long Border. 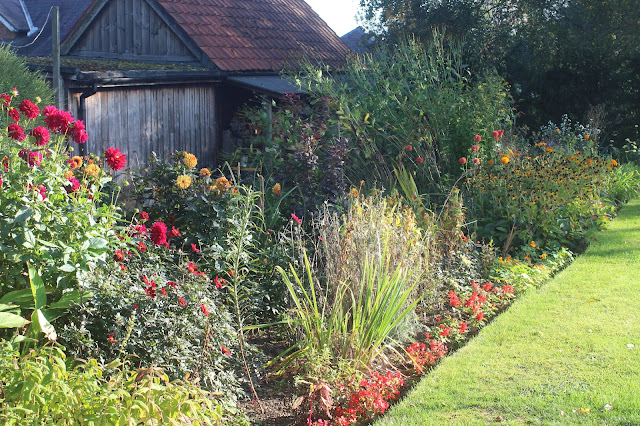 The first of these is Anthemis tinctoria A C Buxton, which is flowering for the second time this year.  It's a very pretty pale yellow, with nice ferny foliage, but it did sprawl unattractively and needed propping up. 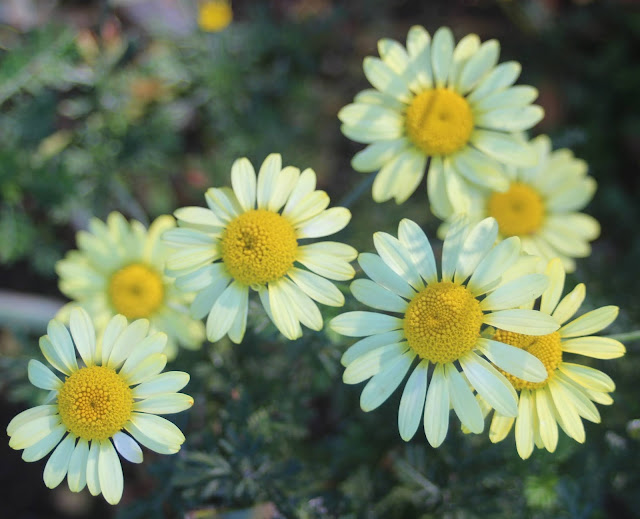 At the other end of the border is Dahlia Karma Naomi which gives the impression that it is just getting into its stride and is covered in buds.  I hope they get the chance to open up before any fr**ts arrive.  You can see the height of these in the photo above and they are not staked and they don't flop. 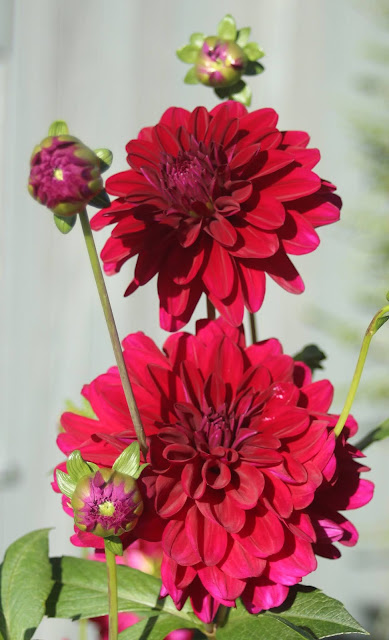 A few weeks ago I was bemoaning the fact that despite my planting a considerable number of corms, there was no sign of any cyclamen in the Woodland Garden.   Secretly I clung onto the hope that after a little rain, perhaps some would spring into life.  I've spotted three so far and fingers crossed that there may be more to come. At this point I am going to cheat ever so slightly on the 'Six' part of the 'Six on Saturday' theme.  There is a little border, triangular in shape, near the front door, which is going to form my number Six this week.  It has toad lilies flowering in it, which were just starting to open when I featured them on 11th September and it is still going well. 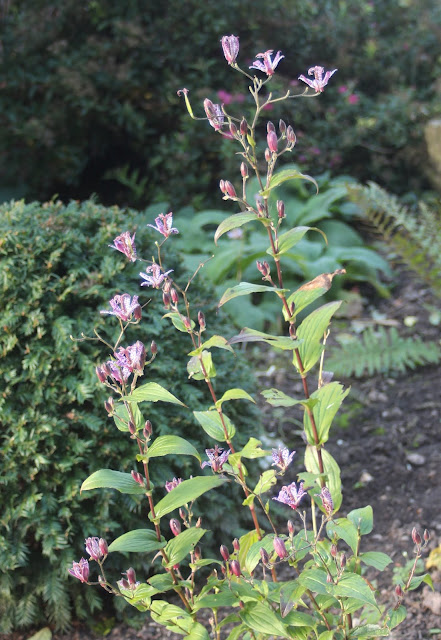 This week I've planted this little patch up with plenty of Spring bulbs - Narcissus Sailboat, White tulips, Camassia Sacajawea and Fritillaria raddeana.  The latter two I've not grown before. If the squirrels leave them alone it should look full of flowers in April and May. 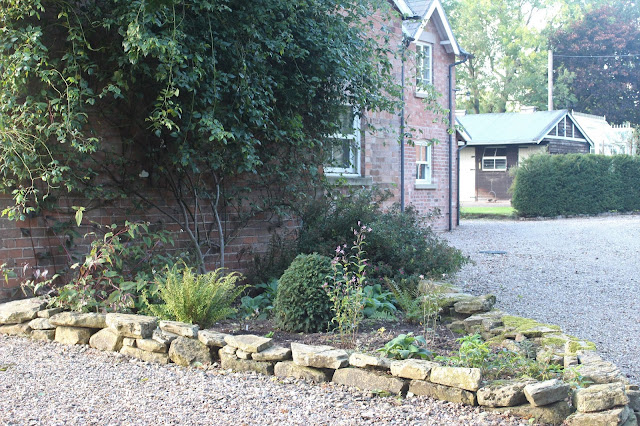 All of that was by way of a preamble as I wanted to tell you about my wonderful bulb planter.  It was rather expensive, but it was one of those purchases that I've never regretted.  With it's long handle and foot plate it is easy to make a nice deep hole.  It even works well on lawns.  As a bonus it came with 'Great Dixter' marked on the handle so those bulbs know I mean business. Unfortunately that's all for this week.  Thanks as always go to The Propagator  who hosts Six on Saturday.
Labels: Asters Dahlias Garden diary Roses Spring Gardens The Long Border The Woodland Garden