AN OCTOBER GARDEN DIARY AND THE GIANT POTATO

This was the view that greeted me on Friday morning.  The mist rising on the far fields.  Autumn keeps trying to steal in, but Summer is still pushing her away. 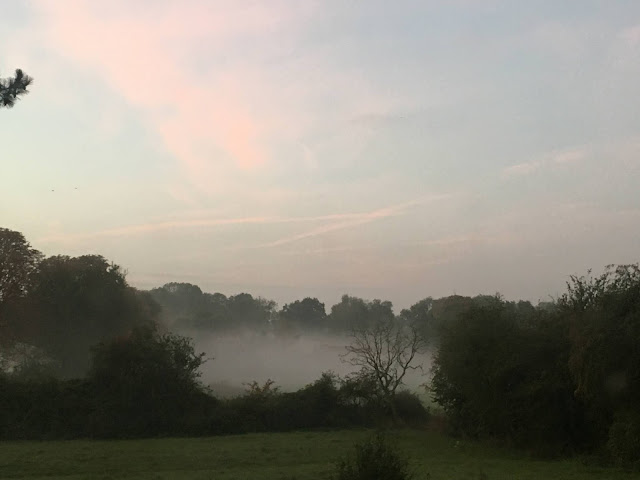 It was 20C later that afternoon and I was dead heading the roses in short sleeves. The vegetable garden is really slowing down now. 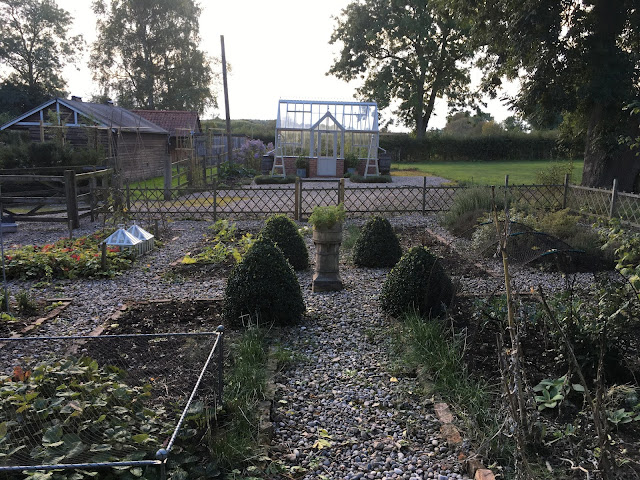 The windows of the greenhouse were filmed with condensation first thing, but the Strawberries are carrying on fruiting, although it's more of a handful rather than a bowlful. 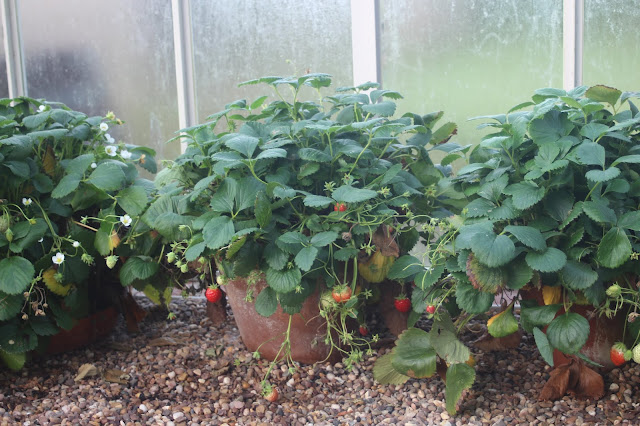 There are a few potatoes to dig up.  I'm hopeless at finding all the potatoes when I harvest them so some always get left behind so they pop up unexpectedly the following year.  This is the offspring of a missed main crop potato.  I photographed it with the 8 inch cheese grater to give you the scale. 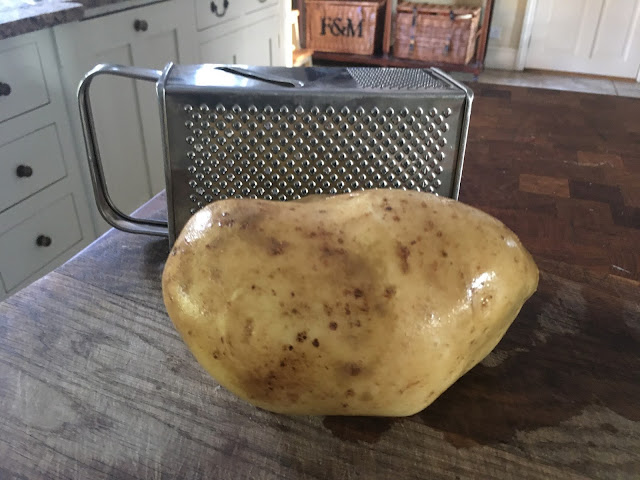 I think there is no finer use for such a magnificent potato than to be turned into chips.  That one spud produced enough chips for three hungry adults. 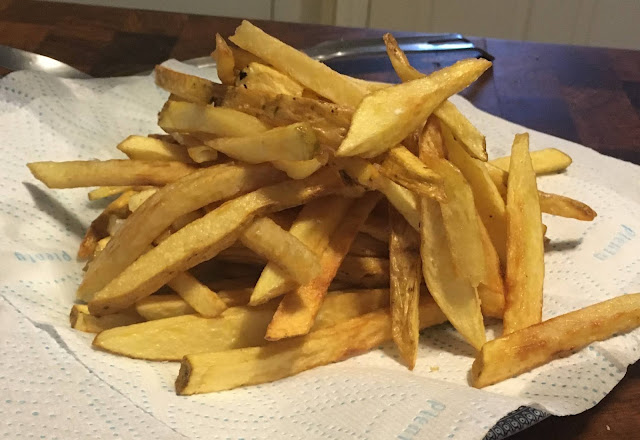 Next on this brisk stroll around the garden is a pelargonium.  This is Lord Bute, which I bought as a young plant from Fibrex this Spring. I had long wanted one probably just for the posh name.  Interestingly (or not) the one in the matching urn is half its size, presumably because it was surrounded by petunias and didn't like being crowded.  In the urn in this photo all the petunias got destroyed by the S&Ss and it grew away uninhibited.
But despite its vast girth, I've been underwhelmed by its flowering.  This is the best it has performed all Summer.  Perhaps the weather just hasn't been to its liking. 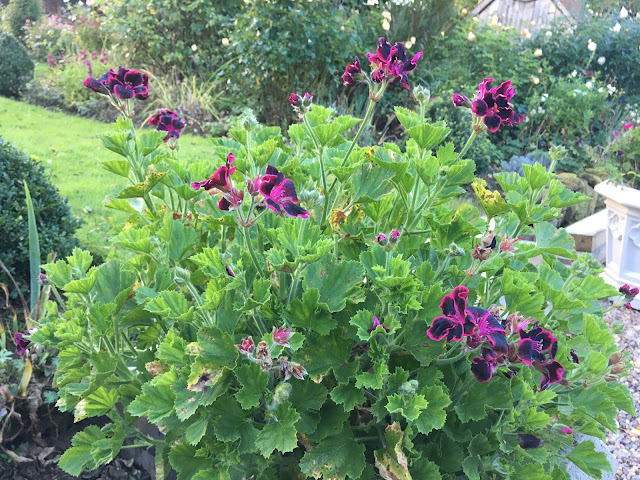 It wouldn't be October without Asters, and this weeks is a shorter variety called Neron.  What a colour though. 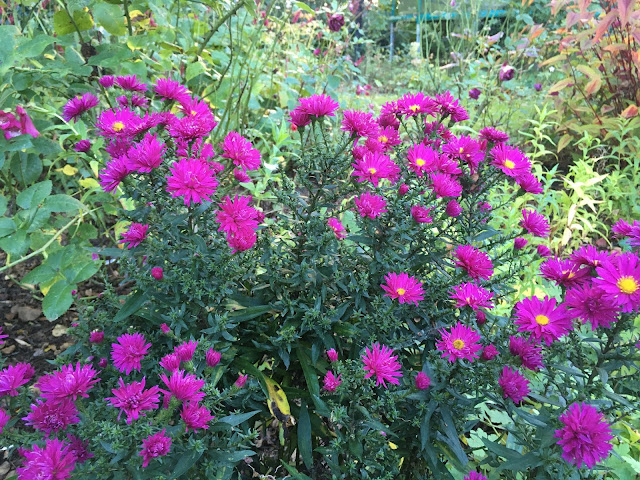 I got on with trimming the yew topiary in the Knot Garden.  From this.... 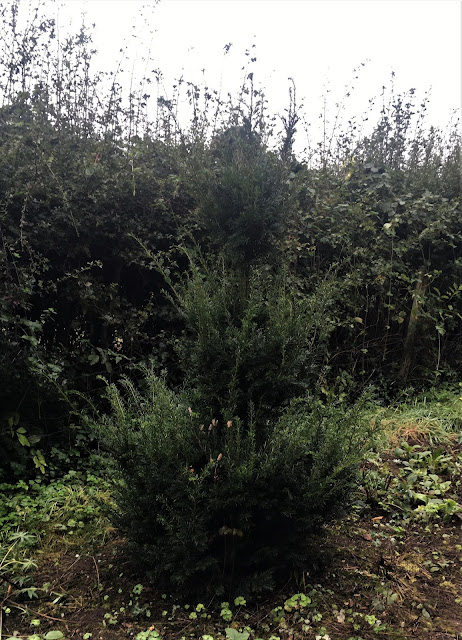 To this.....
The yews are 3 years old and were leftovers from a bare root hedge that we planted. It's beginning to show its shape and is now about 5ft high. That's all I've got room for this week.  Enjoy your gardening and thanks as always to the Propagator for hosting Six on Saturday.