A CHANGE IN THE WEATHER

As you may recall (if you were paying attention at the back), last week I was determined to put off Autumnal themes for as long as possible.  I do now concede defeat, after a week where is has been cold, wet and windy, although admittedly not all on the same day.  Last night it was the last episode of Gardener's World for this year, and so the weary gardener hangs up her trowel and retires indoors until the Spring. 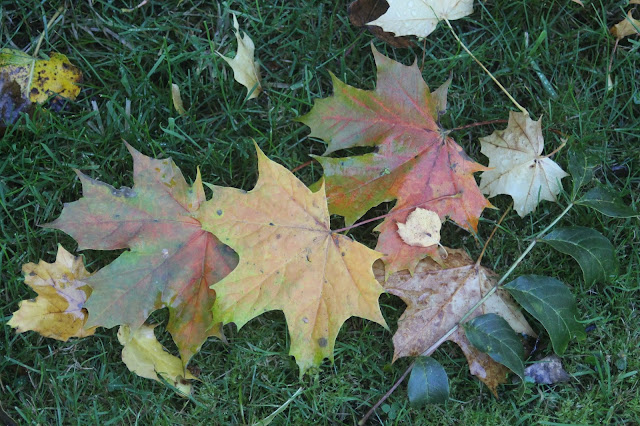 Well maybe not until the Spring, but I have to admit that no actual gardening has been done this week. Although I have been out to admire the changing colours of the leaves.  This azalea (Rhododendron luteum) has some of the best colour. 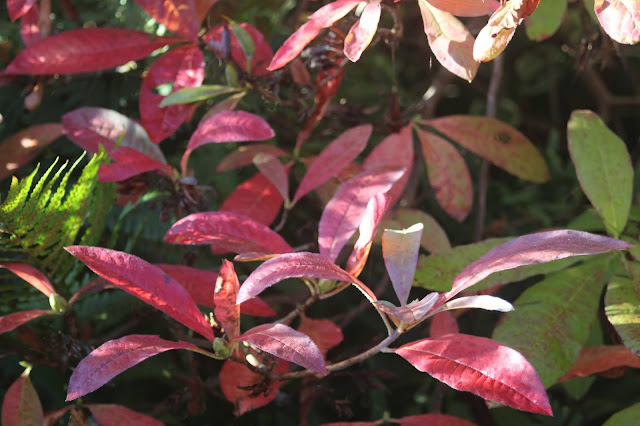 A little smattering of leaves on the paths,  the long shadows and the yellowing foliage all give this photograph of the Rose Garden an unmistakable Autumn air. 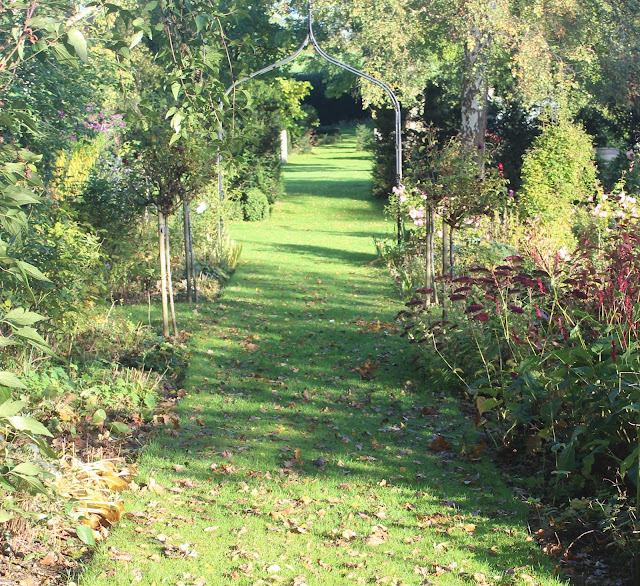 The berries on the Snowberry bushes (Symphoricarpos albus) look white and pristine.  This shrub is a bit of a thug and likes to take over.  I'm remined of Russel Page's opinion of them in 'Education of a Gardener'
'My first action [when taking on a new commission] is to remove all the obvious rubbish, misshapen spindly trees and bushes that have lost in the struggle for light and air and food as well as such plants as elder, snowberry or indeed any other unattractive subject...'. 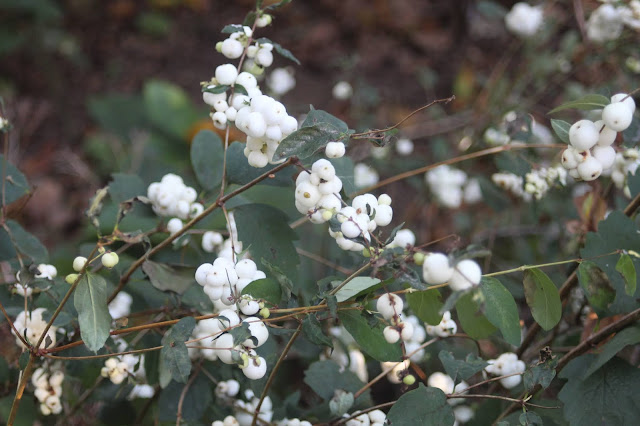 But one of the plants that is the most lovely this time of year is the Fuchsia.  A sleepy bee has found shelter beneath this one. 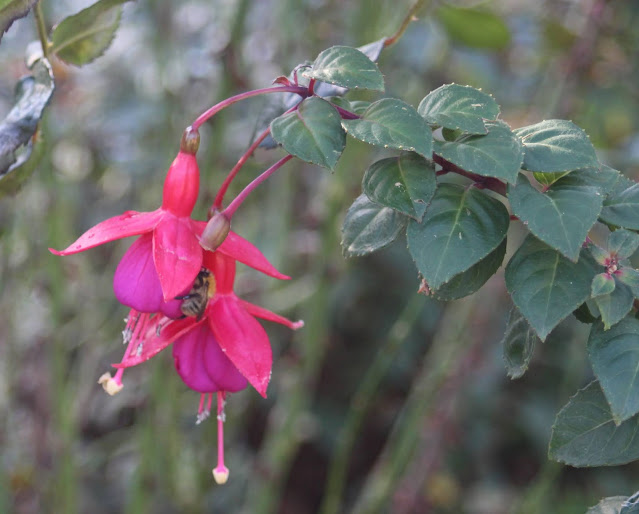 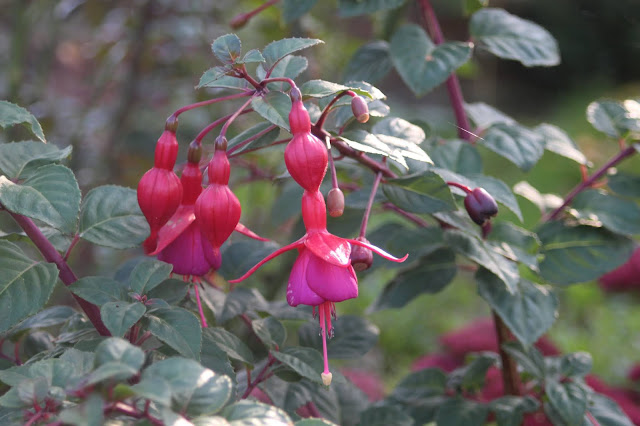 Although my favourite fuchsia is  'Winston Churchill'.  There is nothing less like Winston than this many petaled pink and purple confection, which has been flowering since the beginning of July. 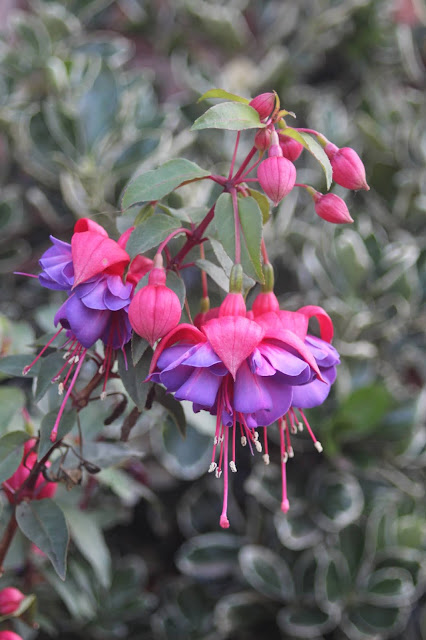 Plants which flower  for a long period are of course highly useful things to have, even if they are as common as muck, and here are another two or three that earn their place on that ground alone.
First up is the tall marigold 'Space Hopper' which I see first appeared on my post of 24th July and hasn't been out of flower since.  It's accompanied by Dahlia 'Zundert Mystery Fox' which made its Six on Saturday debut on 14 August this year. Not quite reaching those long flowering heights, but still managing a respectable six weeks so far, are the sedums and Persicaria Amplexicaulis 'Firetail'. That's all I have room for this week.  Thanks as ever to the Propagator for hosting Six on Saturday.
Labels: Dahlias Garden diary