A couple of weeks ago I said something along the lines of 'I try to include something from the Potager each week'. I confess that this was more of an aim than a statement of fact.  The fruit and vegetables rarely make it into a Six on Saturday for the simple reason that I love the flowers more.

But this week the fruit in particular has elbowed its way to the front of the queue and so we find ourselves at number one.

Once they have gobbled up all the strawberries the squirrels like to move onto the gooseberries.  A new fruit cage has partly put a stop to this, and so some were left for us.  These were swiftly turned into a gooseberry crumble. 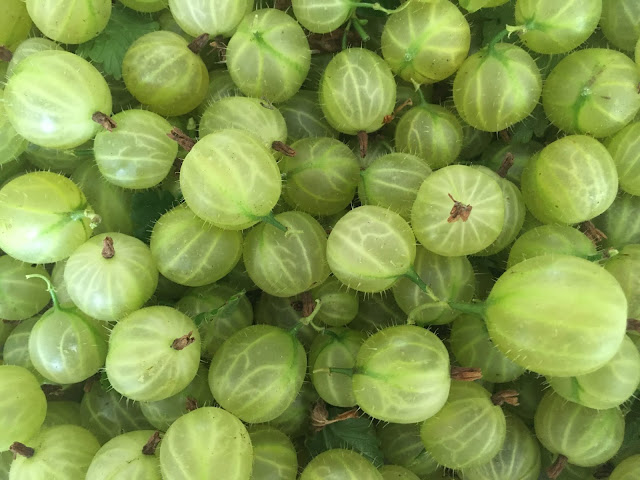 I managed to pick a small punnet of Glen Clova raspberries.  These were delicious with some yoghurt and muesli. 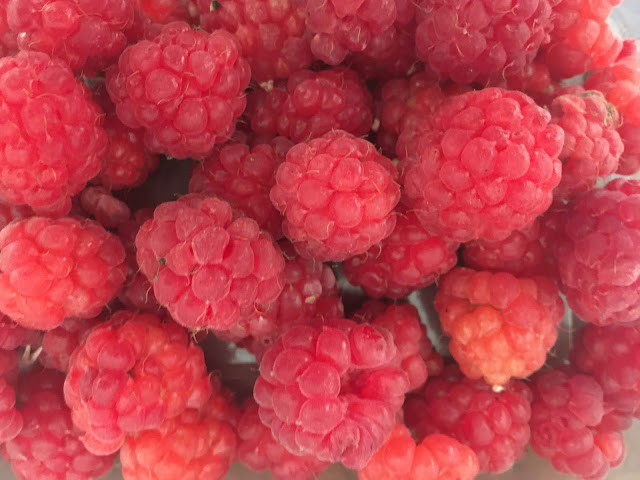 A Summer Pudding is on the menu for this weekend. 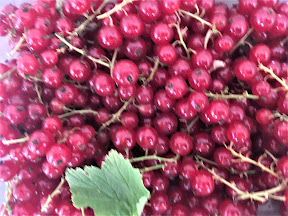 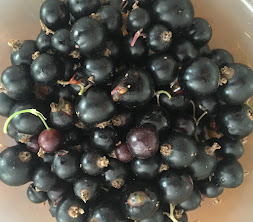 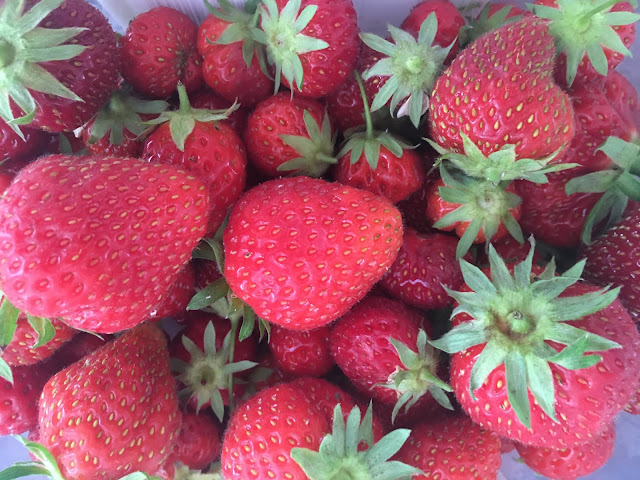 Yet more kitchen garden produce makes it to the number two spot.  (Don't worry we'll be back to flowers very soon). 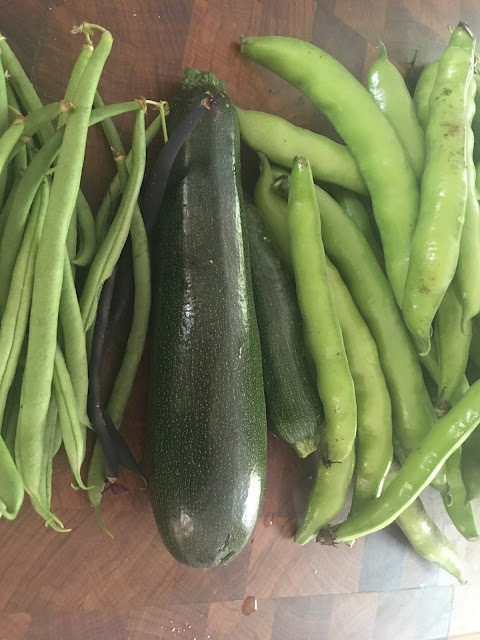 Some notable successes to report after a really poor showing last year.  Manuring the ground over winter seems to have sorted out the problem with blossom end rot in the courgettes.  I paid attention to pinching out the tips of the broad beans so much less black fly.  And finally, I planted the green beans well away from the former so the blackfly didn't skip on to them as well.

I wanted a third B to go with Berries and Beans in my title and came up with Bouquets, or 'flowers in a jug' if you want to be pedantic accurate.
I've only just discovered the joys of Sweet Pea growing, and I may become a convert.  I need to find a good seed supplier though. My mixed Spencer Peas seem to be distinctly unmixed so far. 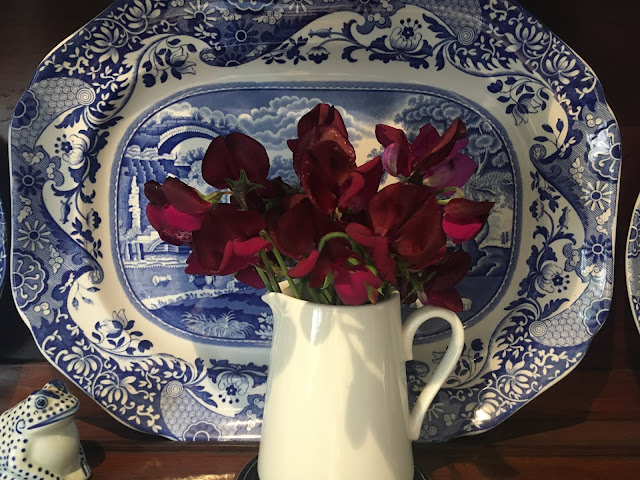 This rose is earning a place in my affections for it's wonderful scent.  I think it smells of parma violet sweets.  David Austin roses describes it as having a strong Myrrh perfume, but I'm afraid I don't know what Myrrh smells like.
It won't quite oust Rosa 'Jude the Obscure' as the best perfume (tropical fruits and sherbert) but it's a close second. 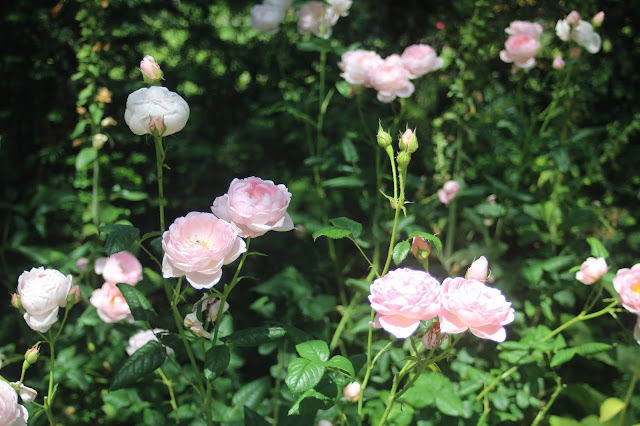 This grows in the Gertrude Jekyll long border.  It's been there for four or five years now and never done very much.  I presume the weather this year has suited it because it's putting on a fine show, looking as pink and fluffy as candyfloss on a stick. 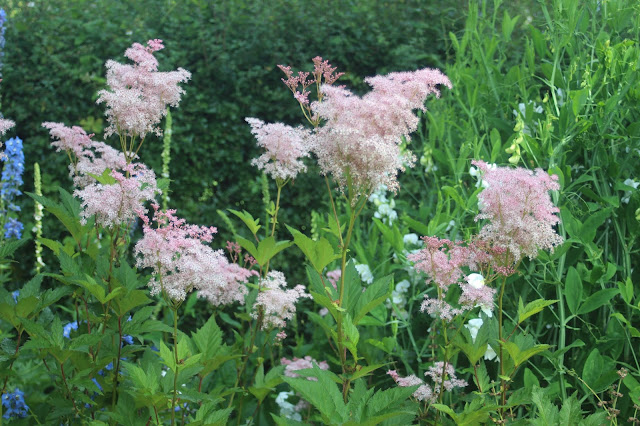 Achillea is useful for the contrast its flat flower heads provide among all the rounded shapes (like roses) and spires (like Verbascum).  At least that's what it says in the garden design books.
This 'Lilac Shades' was grown from seed.  Some are cerise, some are white but all are quite pretty. 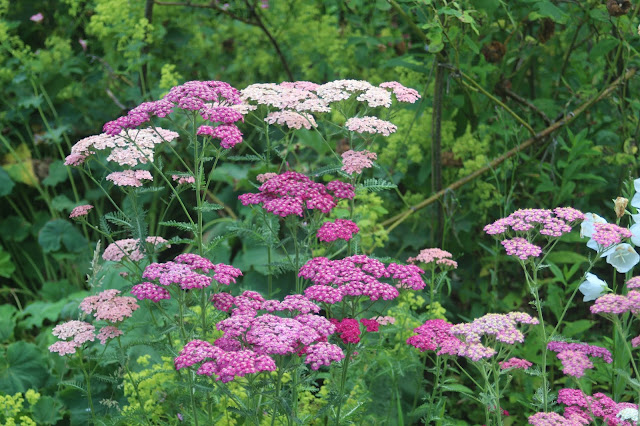 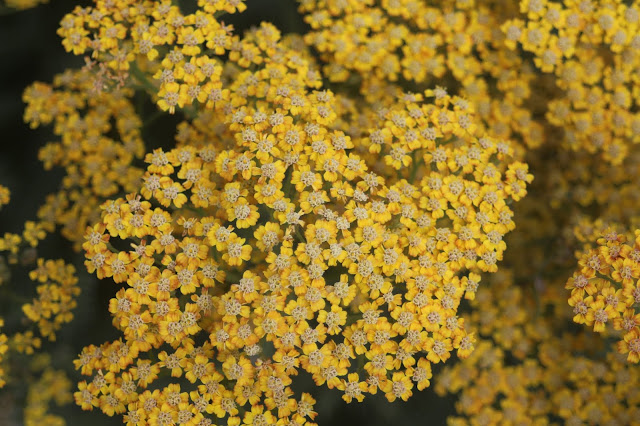 Achillea patarmica 'White Pearl' was grown from seed.  This one has a different shape to the other achilleas.  It has very sweet little pom pom flowers but is as tough as old boots. 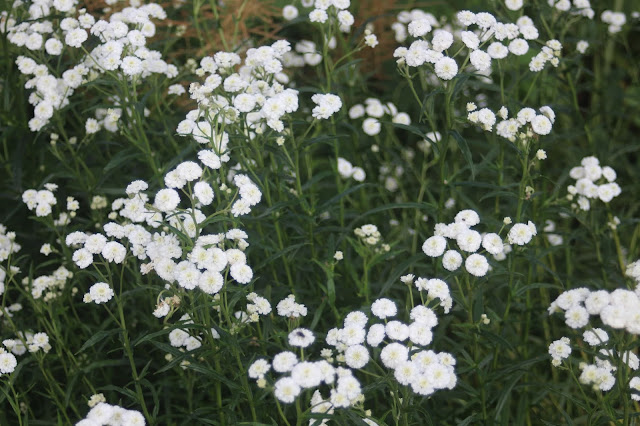 I'm saving my favourite one till last.  This is achillea Credo.  Such a delicate pale yellow flower. 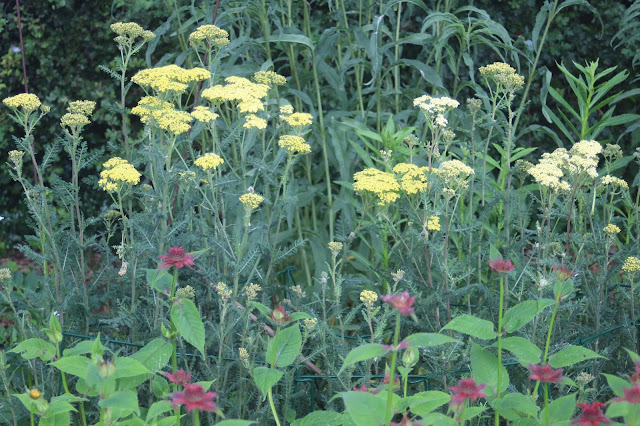 That's all from my garden this week.  Thanks as always to the Propagator for hosting Six on Saturday.