After the cold Spring the garden is still trying to catch up.  It would usually be roses all the way by now, but they are only just beginning to flower.  Instead it's Foxgloves and Peonies which are making their debut this week.

It was a bit hot here this week, but the back of this border was in the shade.  Still couldn't manage more than half an hour weeding and staking before I got overheated and had to retreat for a nice cold drink with The World of Interiors (which now has an annual gardens section).  Even they can't resist the lure of a nice plant.
On the far left of the long border the sky blue delphiniums are just opening up, with a more purply blue from the salvia, and grey blue tones in the foliage of Iris Pallida and Rue. 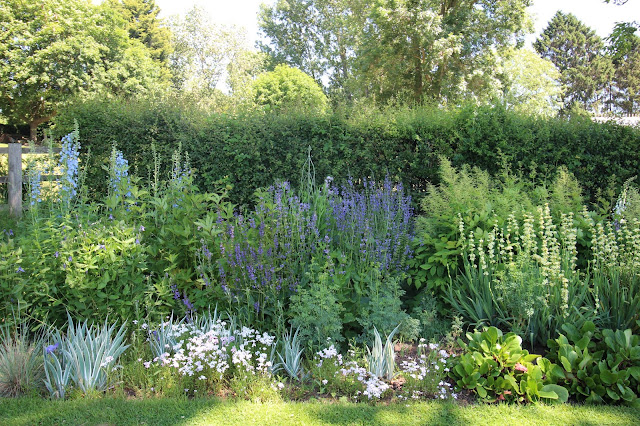 Further along, a clump of Kniphofia 'Traffic Lights' is in full fling.  I'm always confused about the supposed flowering times of Kniphofia, which seem to be earlier for me than the late Summer flowering time claimed in plant catalogues. 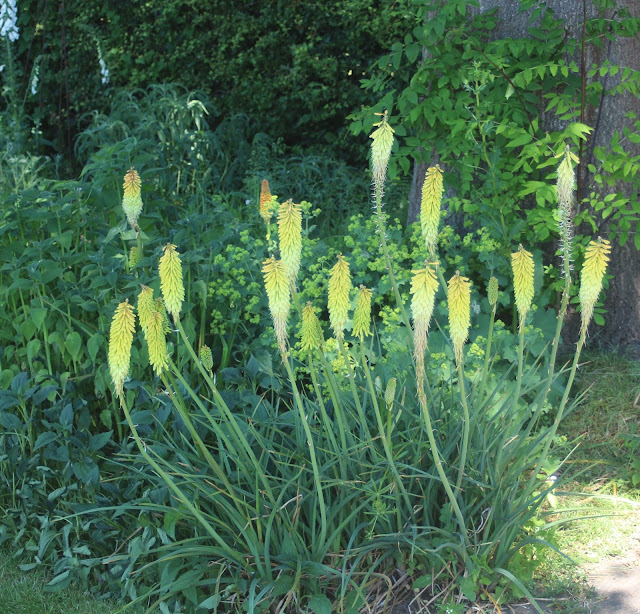 More cooling colour in the recent hot weather came from this shady corner in the Rose Garden.  In the background is a lavender colour Rhododendron. 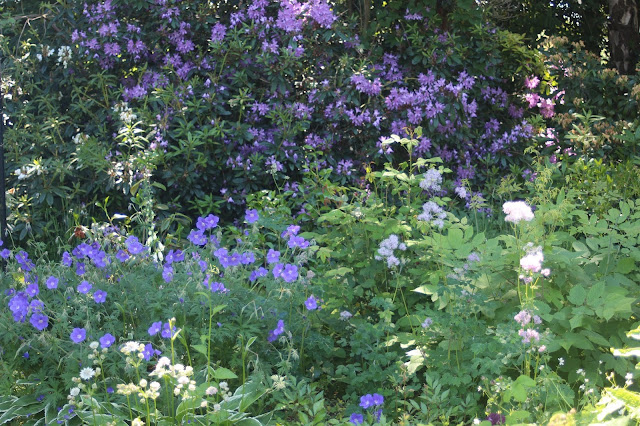 In the foreground are plants which were leftover from elsewhere in the garden - Geranium 'Buxton Blue', Astrantia Major, and a white edged Hosta.  I'm rather pleased with it. 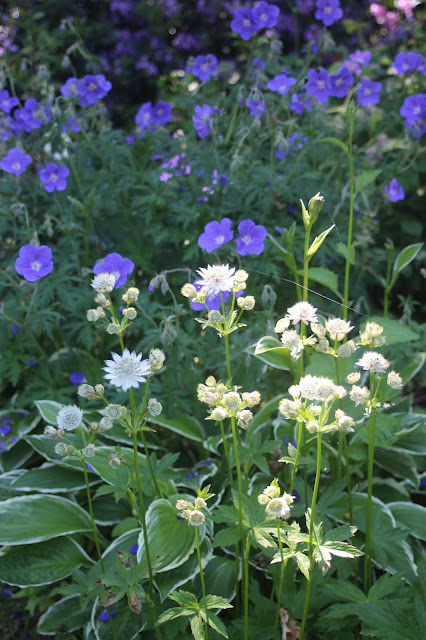 I promised you Foxgloves at the start of this post and now, after that slight detour, here they are.  I have rogued out the pink ones in this border, although I'm happy to have them in other areas of the garden, so I'm left with just the pure white ones. 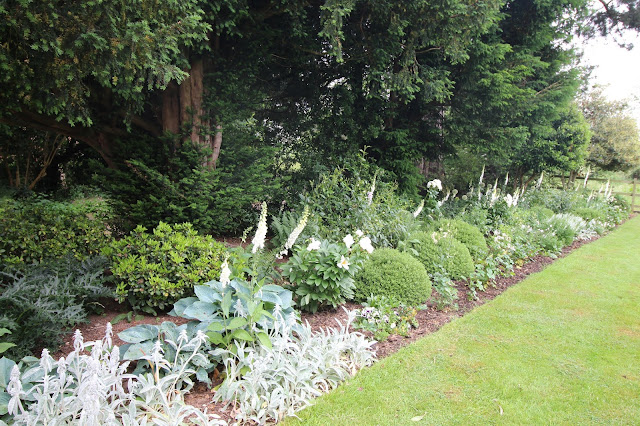 I was going to ask you to have a go at identifying the plant in the picture below, but I've rather given it away now.  Have you ever seen the like? 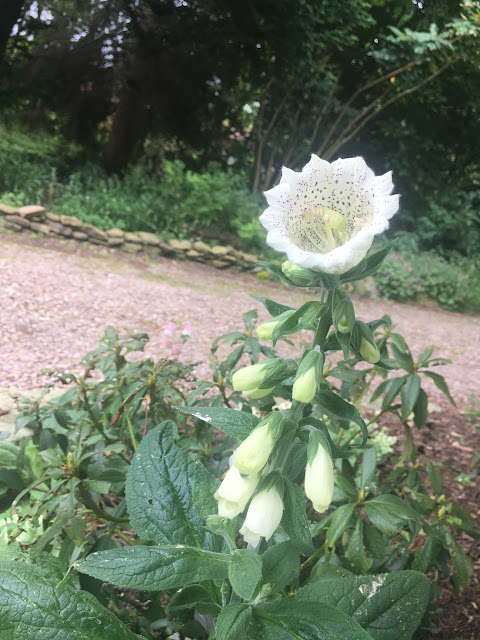 Not all the Peonies are open yet, but a couple of white ones have made an appearance.
My favourite is the very double Paeonia lactiflora 'Immaculee'. 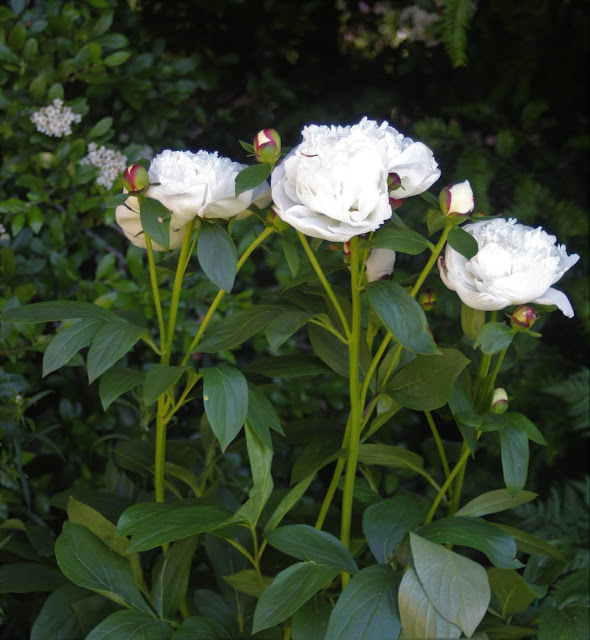 Although I have to admit that Paeonia lactiflora 'White Wings' is more photogenic. 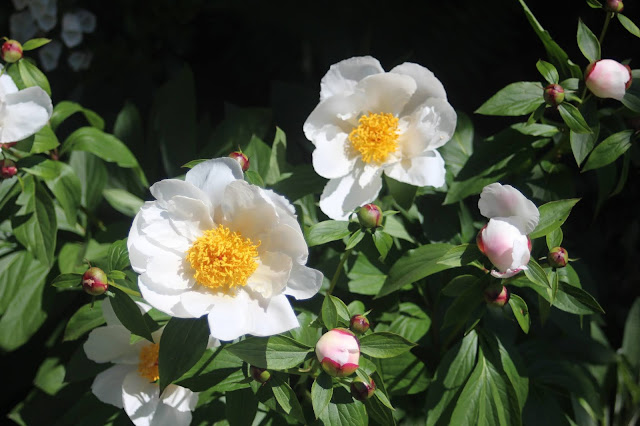 When we moved here this plant was growing in a tiny patch of gravel and rubble.  I split it and replanted it, as you do, to make more, thinking it would probably not be very happy in heavy clay.  Reader, I was wrong! I may have unleashed a monster. 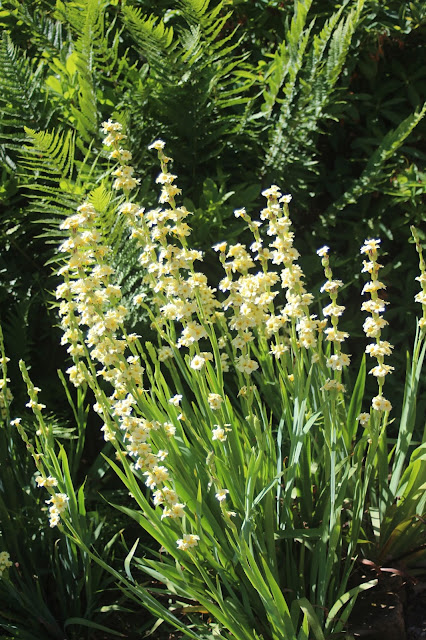 Given half a chance it would self seed itself over the entire garden.  Thankfully they are very easy to pull out.

This is another plant introduced in the early days of the garden.  It's a yellow floribunda (eek).  Could it be any more unfashionable? 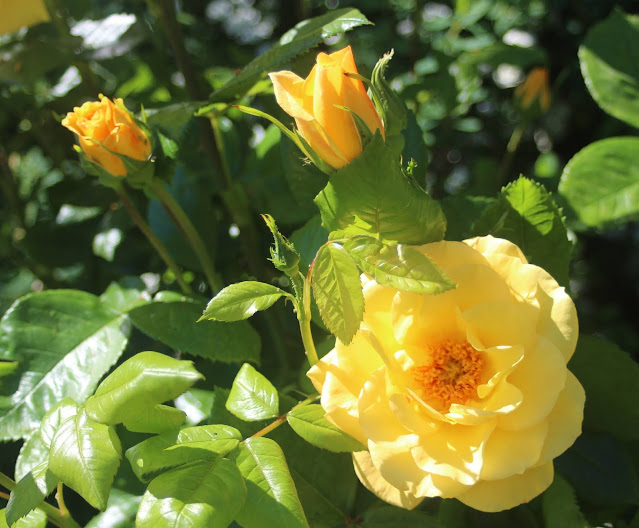 Smells wonderful though.
I'm afraid I've used up all my space for this week so it's time to say goodbye.  Thanks to The Propagator for hosting Six on Saturday come rain or shine.
Labels: Garden diary The Long Border White Garden