At first glance the garden appears to be in a state of suspended animation.  The cold, dry weather has held back growth, and many plants that have sent up tender new shoots have soon regretted it.  The frost damaged foliage on the roses looks particularly sad, and one would be forgiven for thinking that the hydrangeas will never recover.
But nature being what she is, some plants are soldiering on regardless, which brings us to number 1 on this week's list.

This tree is smothered in blooms of the most delicate pink.  It's an eating apple with a pink tinge to the flesh which tastes good as long as they are eaten fairly quickly.  They don't store well.  Needless to say this tree was here when we moved in and I don't know the name of the variety.  It leans rather alarmingly, but was reduced in size this Winter which I hope will help. 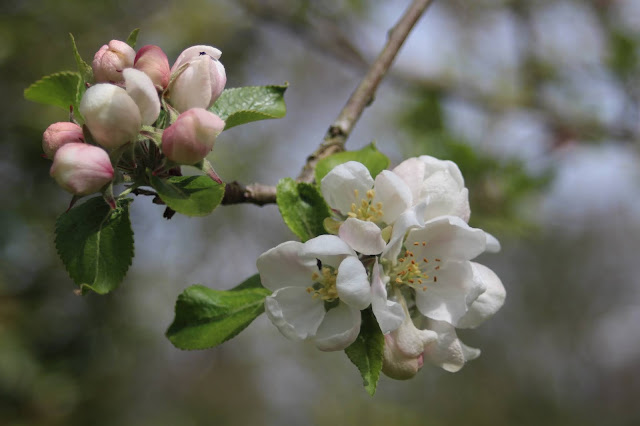 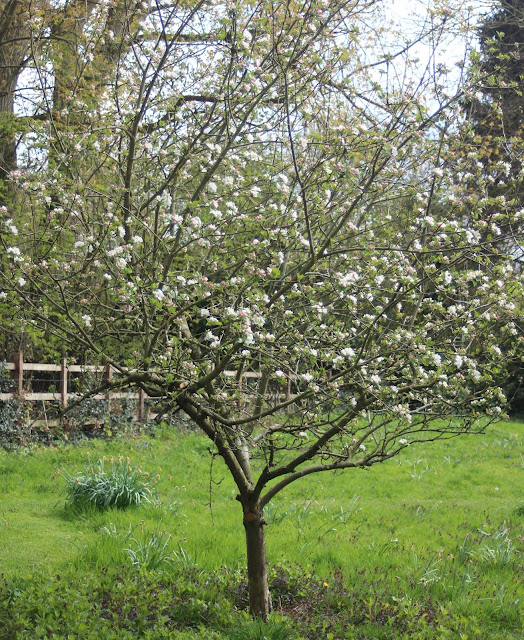 For the second and third place spots, I've chosen some of the later flowering tulip varieties.  Around Mercury the earlier white tulips have been succeeded by a white lily flowered variety (White Triumphator) and Tulip Queen of the Night. 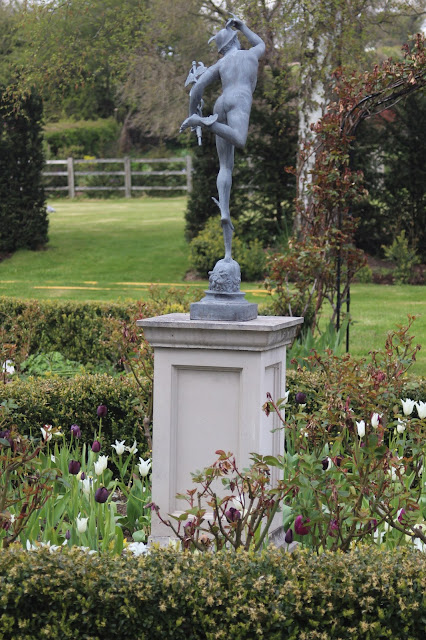 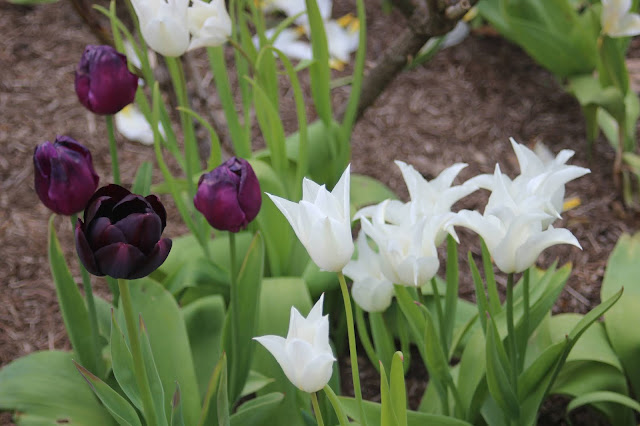 Some tulips just surprise me by coming back year after year when I really think they won't.  I wouldn't have expected a fancy double to survive on this wet clay, but it has.  I'll admit that the flowers are a bit on the small side, but still...
This was one of the first tulips I grew.  It just appealed to me.  Then after a couple of years I thought I would try something different.  I still think it's one of my top 3 and yet it's been years since I bought any.   Where's the sense in that? 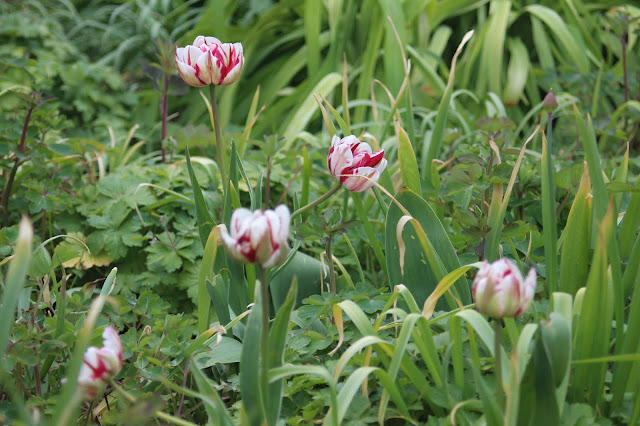 I'm very fond of a Rhododendron, and there are a couple of these large specimens in the garden. 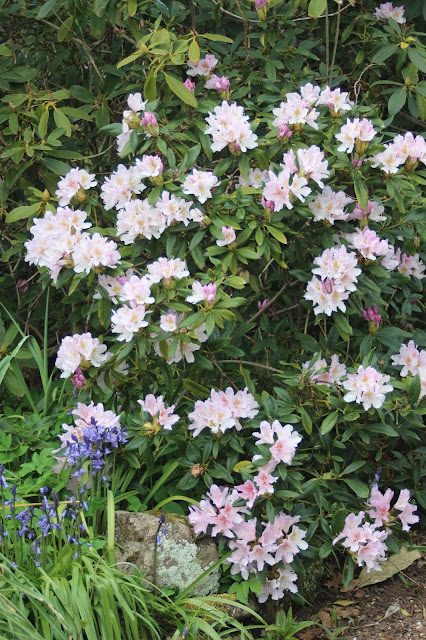 The buds have a lovely purple/pink colour to them, with the inner petals been much paler with a speckled throat.  The effect with the bluebells is very pretty. 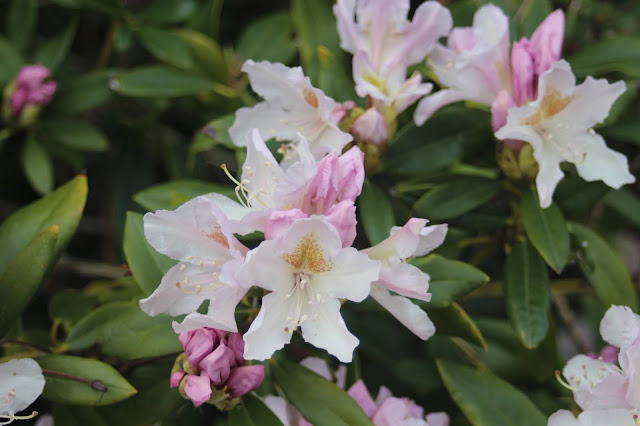 I confess to having a love/hate relationship with bluebells - or rather with bluebell leaves.  A small amount of perky leaves I can cope with, but vast quantities of floppy leaves in what should be an herbaceous border? Yuck.
Still I'm stuck with them for it would be impossible to dig them out of what is an area of permanently wet clay. 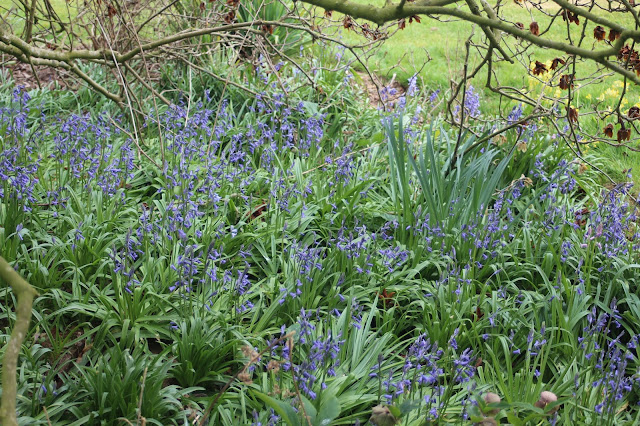 I do like bluebells in the woodland though - I'm nothing if not inconsistent. 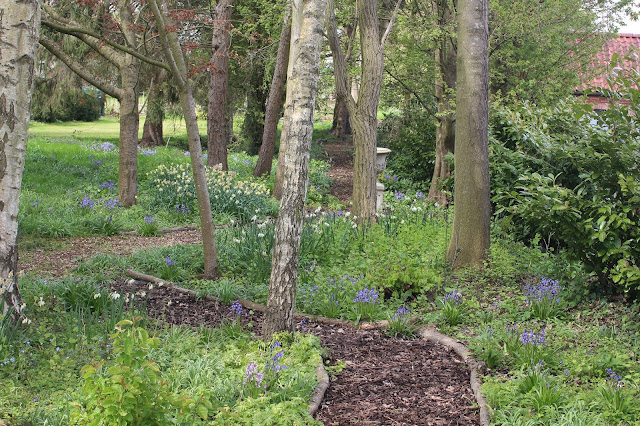 Mr Baileyana has a little friend in the garden who follows him around when he is digging.  He has been feeding her worms. 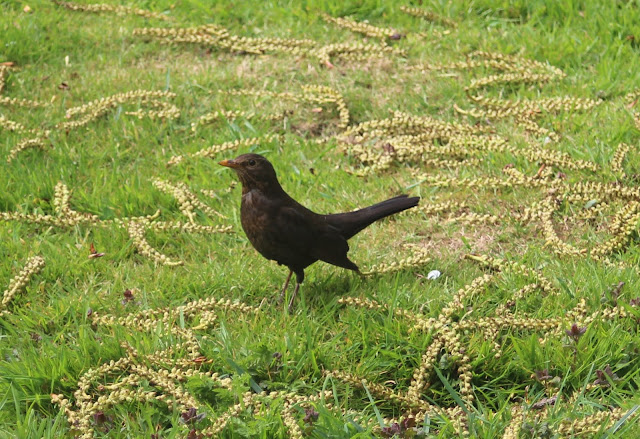 Perhaps it will lead him to a Secret Garden, or maybe that only happens with robins.
Plans for the weekend include filling some large planters with shrub and planting more Dahlias and Clematis.  I hope the weather holds, though some rain would be welcome.
Thanks to the Propagator for hosting Six on Saturday.  Until next week...
Labels: Garden diary Spring Gardens Tulips