MID APRIL IN THE GARDEN

It's been a bit dry hasn't it? You can usually count on not having to water the garden in April.  But apart from no rain, what has been happening in the garden this week?

Although this was in my Six on Saturday two weeks ago, I'm featuring it again as the daffodils have opened up fully now and more importantly, it is one of my favourite things in the garden at the moment.  I can't take all the credit for it as the combination of Narcissus Sailboat, Muscari Cupido and Pushkinia was put together by Sarah Raven. 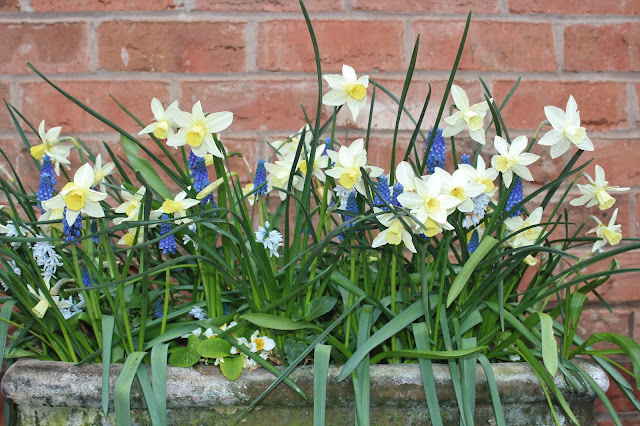 Tulips are taking over from the daffodils in providing the main floral interest in the garden.  These tulips are going strong for the second year in a row. 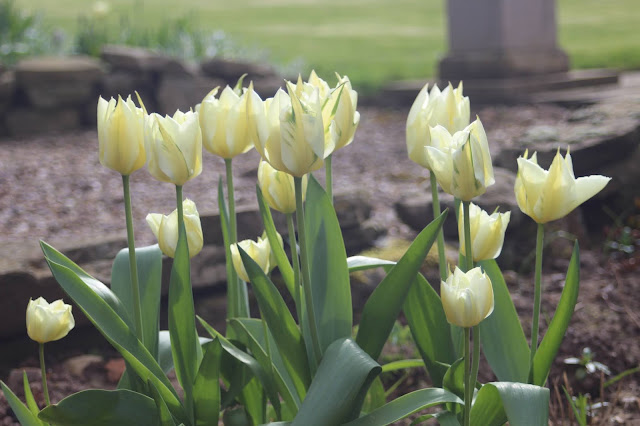 This rather elderly Amelanchier puts out some delicate airy blossom, although the birds seem keen to eat the buds. 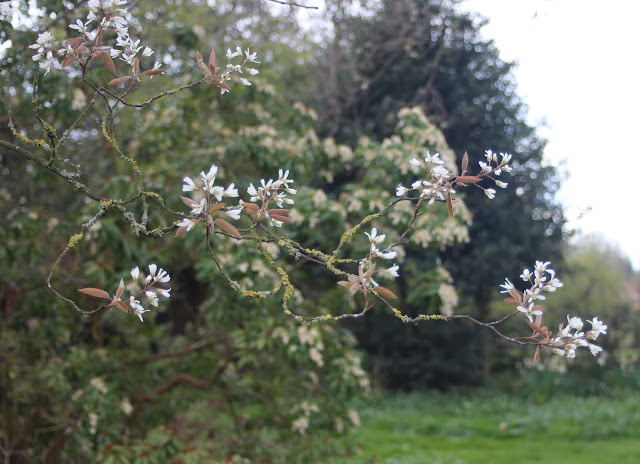 It forms a halo around Mercury's head, although sadly that seems to be impossible to capture in a photograph. 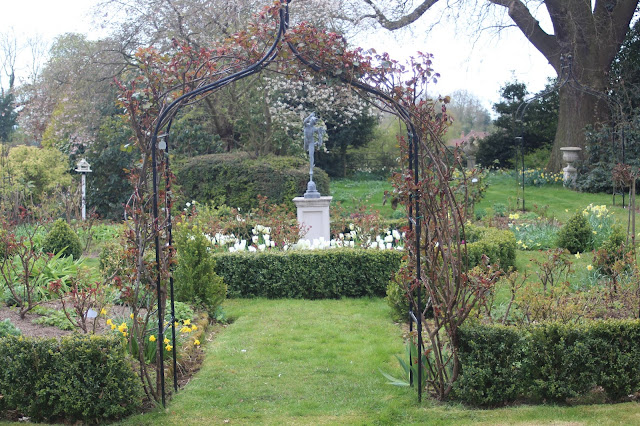 I've been working on this border this week.  It's one that has never been satisfactory.  It was occupied by some overgrown Laurel, Viburnum and golden Cupressus. Once they were crown lifted or removed, I was left with very dry soil under the yew trees and yet quite a lot of sun.  I wanted something quite quiet and green, but with the exception of the Hebes, it's been difficult to get plants to establish successfully.
I've had another try at plugging all the gaps with plants from other parts of the garden and I'm hoping this year they will 'take'.  The soil has also been mulched with garden compost, so I consider that I've given them the best chance I can. 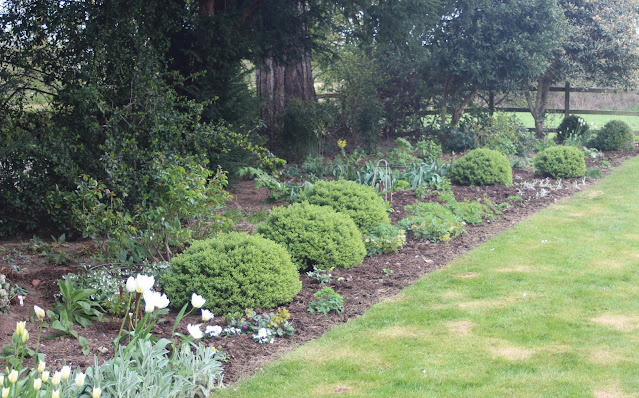 Or is it Havran?  Four years ago I planted a mixture (from Sarah Raven again) of tulips Ronaldo, Havran and Flaming Spring Green.  I replanted them in a spare patch of garden with the intention of cutting them for the house.  ( I understand that a 'cutting garden' is practically obligatory these days).  Anyway for some reason I can't fathom, I never do cut them. 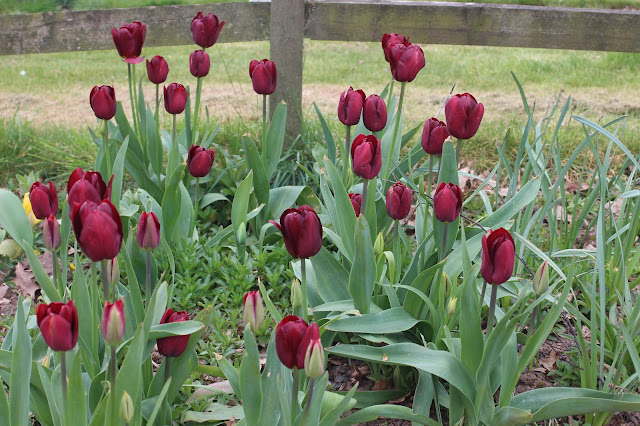 One advantage of the current run of colder weather is that flowers that have opened have tended last well.  It seems ungrateful to think 'I've done daffodils.  It's time to move on', even if I do feel at bit like that.  So here they are at number 6. 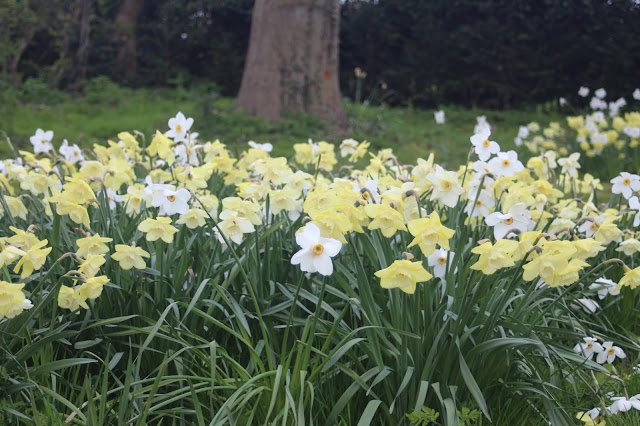 They are low maintenance, cheap to buy, pretty, reliable and long lasting. Here's to daffodils!
That's it from my garden for this week.  Many thanks as always to The Propagator for hosting Six on Saturday.
Labels: Garden diary Spring Gardens The Rose Garden Tulips