1. Did you 'Remember, remember the 5th of November'?

There was no problem finding enough material to build a huge bonfire at Hortus Baileyana.  No matter how much I compost, shred or put stuff in the Green waste bins, the hedge cuttings, prunings and fallen branches keep building up. 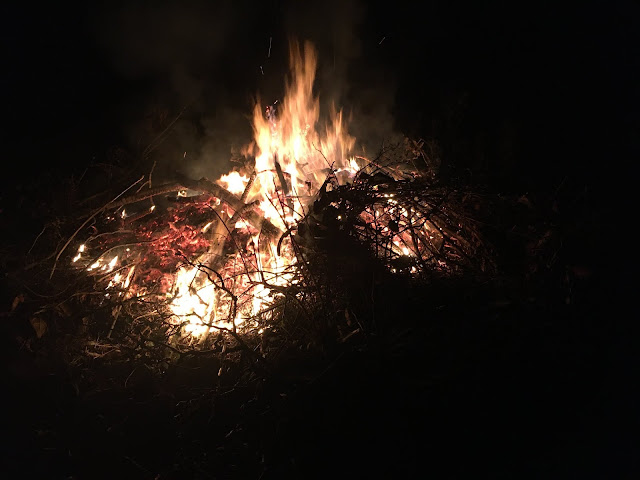 The trees are dropping their leaves apace.  The Silver birch is holding on to its sprays of golden rain (apologies for the bad poetic analogy).  They light up the garden. 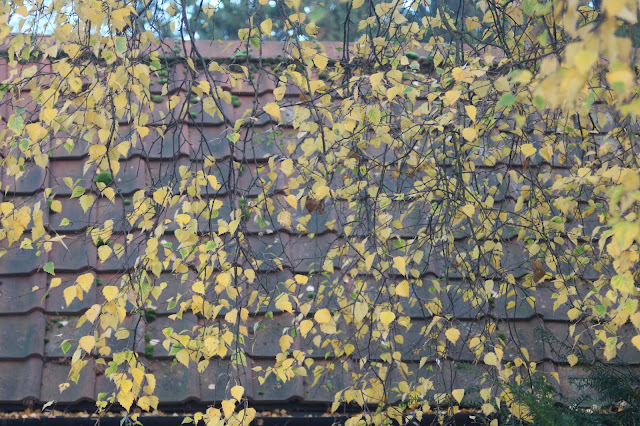 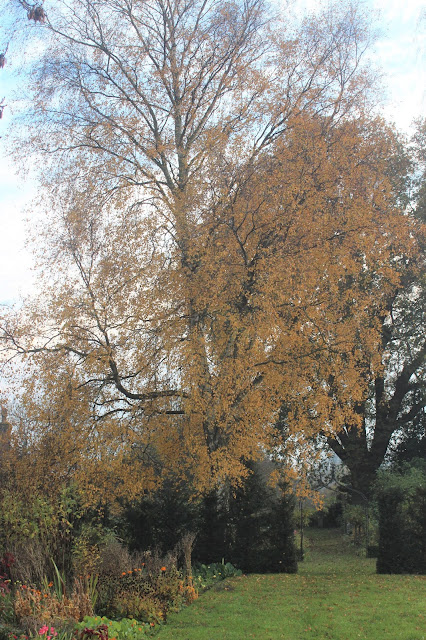 The Summer pots of Fushias and Pelargoniums have been moved into the greenhouse, and a more restrained display of pansies and primulas have replaced them.  Bulbs lie hidden beneath, waiting in the dark for Spring. 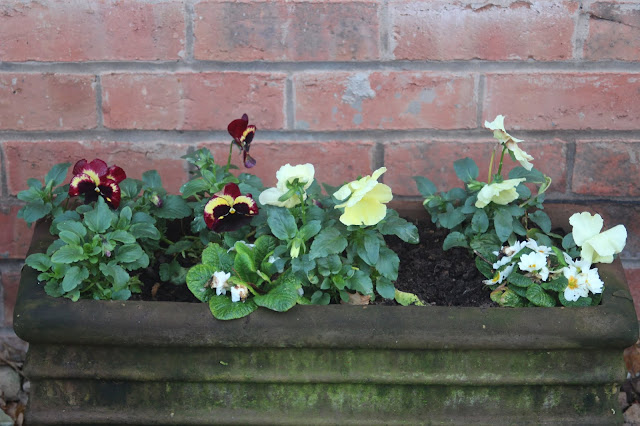 The Muscari Cupido in this pot in the greenhouse, are making an early appearance. 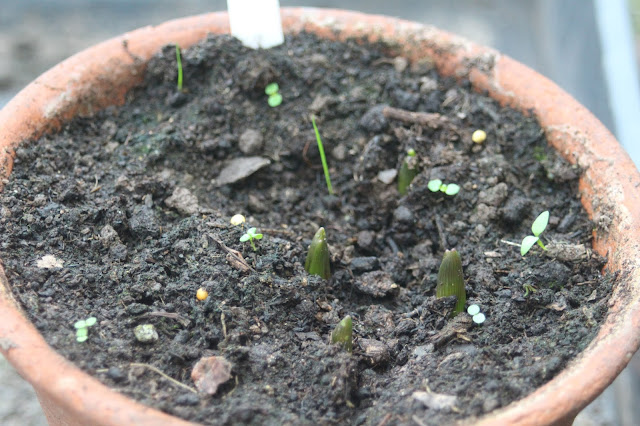 This has been flowering all year, and because it is always there, it gets taken for granted overlooked.  I've also found it difficult to photograph.  I'm afraid this mostly in focus effort is the best I could manage.  But at least this little garden trouper has finally got a well deserved mention. 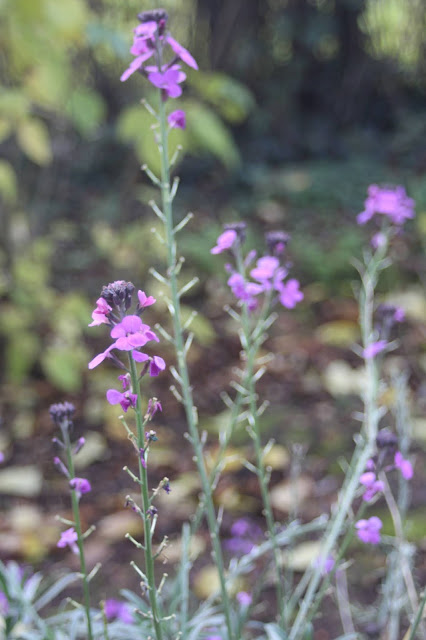 Look at this - Clematis Nelly Moser flowering now, out of season.  How interesting! Fancy that!  So I was rather surprised to find  The Propagator (the host of Six on Saturday) has exactly the same thing in his Six this week.  So maybe not so amazing, but still a lovely surprise. 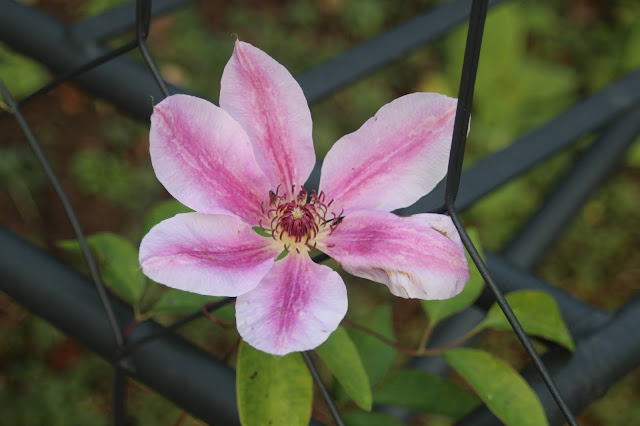 That's all from my locked down garden for this week.  I hope you are finding plenty to keep you busy and warm in yours.  Until next week ...