Another quiet week has rolled quietly by.  It is dark soon after 4, and there is less time to spend in the garden.  There's also less that needs to be done, with the exception of one major job.

All trees drop leaves which need to be raked up and put on the leaf pile to rot down into useful leaf mould.  But there is one tree in the garden which seems to have as many leaves as the rest of them put together (I know I'm exaggerating). It's the oak tree. 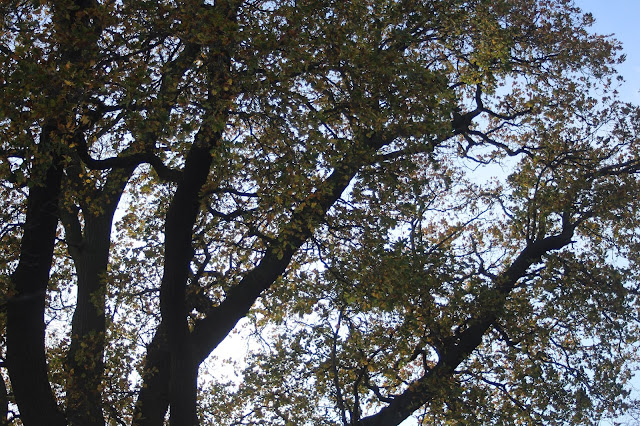 I cleared this path last weekend and it's covered again and looking up at the tree there are still plenty of leaves to come. 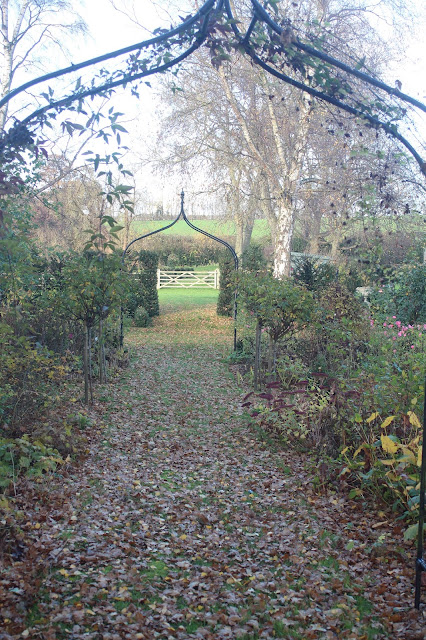 Between us and the field next door is a Hawthorn hedge.  In the corner, part of it must have escaped the hedge cutters many years ago and has grown into a tree which is covered in rich red berries. 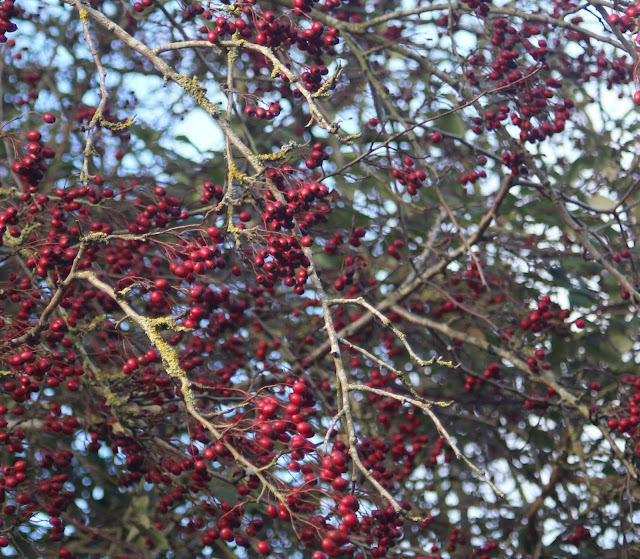 Accompanying the Autumn berries are the last of the late Summer flowers.  This pompom Dahlia is called Zundert Mystery Fox.  Who could resist a name like that?  Not me.  The colour is richer and more of a burnt orange (fox colour)  than this photograph would indicate. 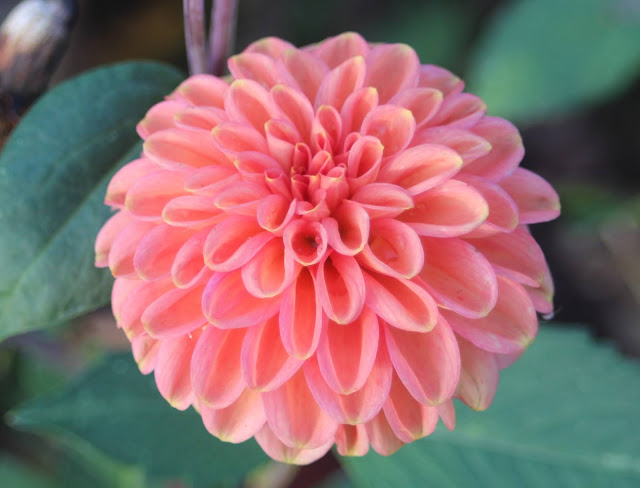 Every two weeks throughout the Summer I spend a couple of hours spraying the roses with foliar feed.  Whilst undertaking this rather tedious task, I promise myself that I will not buy any more roses.  So far I have not wavered.
However, one of the roses I brought last year was mis-supplied, so the growers have just sent me this replacement.  It's Rosa Alba Celestial. Pale pink, rather tall and very healthy, according to the catalogue description.  Here it is settled into its new home. 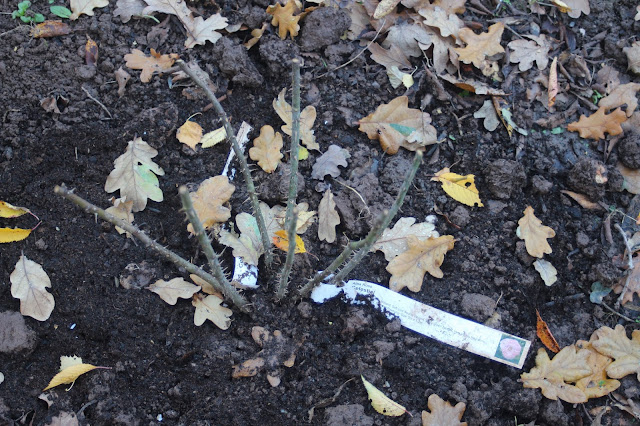 Rosa Celestial has been planted near the bird house just seen towards the left of this photo.  Just a few blooms left in the Rose Garden now.  Bonica is the pink variety in the foreground. 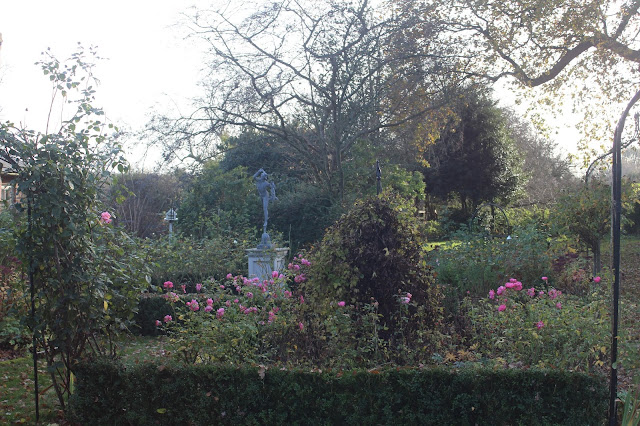 I learnt to appreciate moles during the first lock down, when garden centres ,with their ready supplies of compost , were closed.  The spoil from the moles tunnelling makes good potting material  mixed with a little leaf mould.  So the appearance of the odd mole hill has been a good thing.  I reserve the right to change my mind should too many appear at once.  Expect a post titled 'Learning to Hate Moles again' soon. 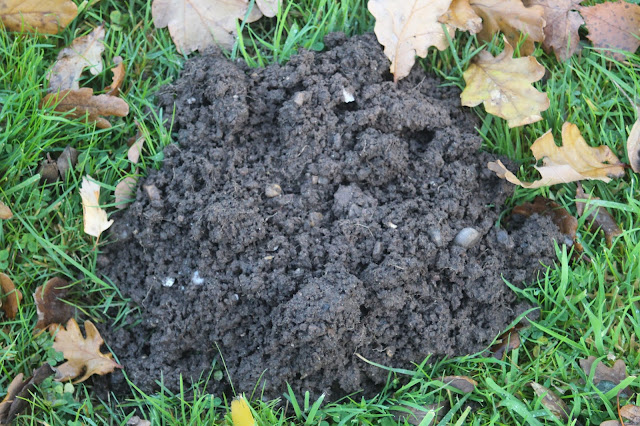 That's all from my garden this week.  As always there are plenty of other gardens to enjoy on The Propagator, who hosts Six on Saturday.