Apart from a short stint pulling alarmingly large thistles in the Knot Garden, this week has been spent hiding from the wind and the rain.  So, as I ventured out with my camera today, I had very little idea whether there would be anything worth photographing.  Snapping away, I soon found I'd taken 30 shots.  Here are my highlights.

These leaves develop such a deep rich red.  The good autumn colour is most welcome, but I would grow this plant anyway for the scent of its flowers. 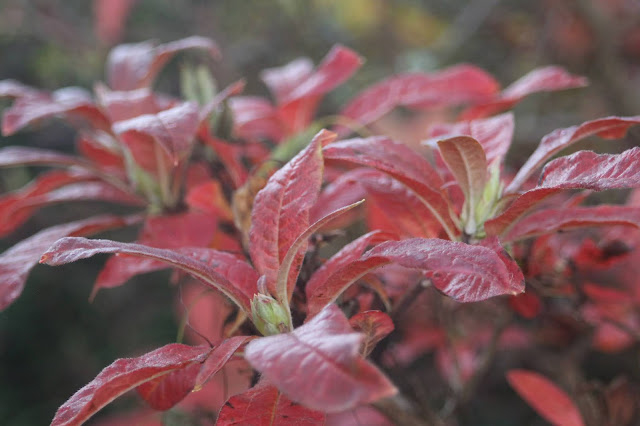 I've no other way of describing the wonderful combination of colours in the leaves of this ornamental cherry tree.  Its leaves are in the process of turning from green to yellow, and just at present has a delightful mixture of the two. 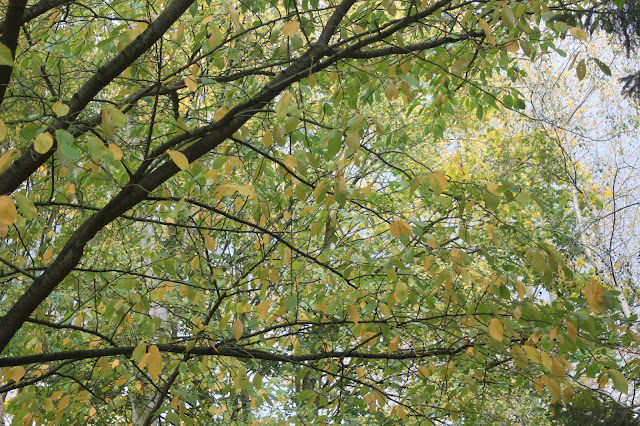 This evergreen has been added to the edge of woodland area.    A similar plant to this is sometimes included as foliage in flower arranging, but this one is spiny, prickly and should only be approached when wearing thick gloves.  It's been relocated from my parents garden. Ruscus aculeatus or 'Butcher's Broom' is a member of the Asparagaceae family, and its young shoots do resemble small asparagus spears. I believe the Butcher's Broom name is because it could be used to scour the Butchers chopping blocks.  They'd need to be careful not to take the skin off their fingers too. 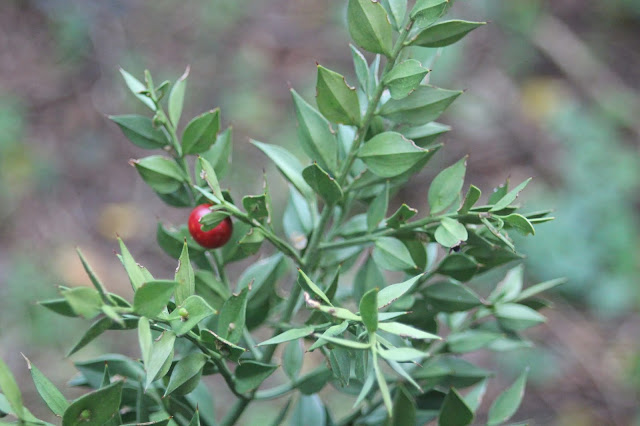 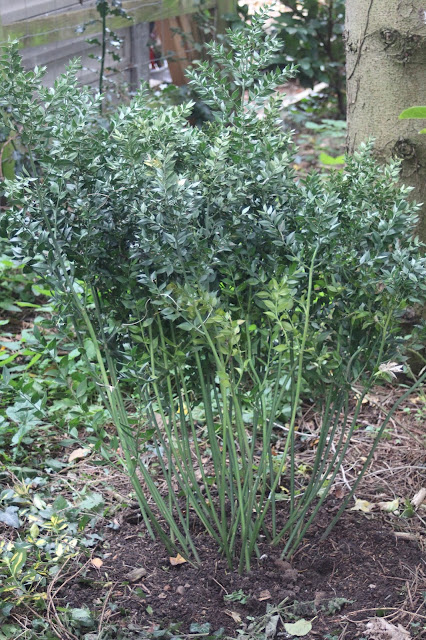 I did a post last week about the plentiful amount of holly berries about this year.  This means that a hard winter is on its way, according to folk law.
I took loads of Penstemon cuttings last year and the plants have been a pretty addition to the Rose garden.  But they can be killed off if temperatures fall too low,  so I've taken these as a back up in case the holly berry theory is right and it gets very cold. 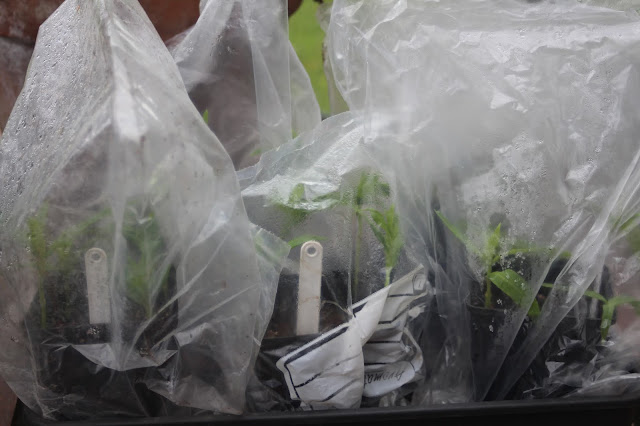 Whilst I may be planning for Winter, and its Autumn outside, on my plate it is Summer.  A few lettuce leaves are growing in a pot in the greenhouse to accompany the very last of the tomatoes. 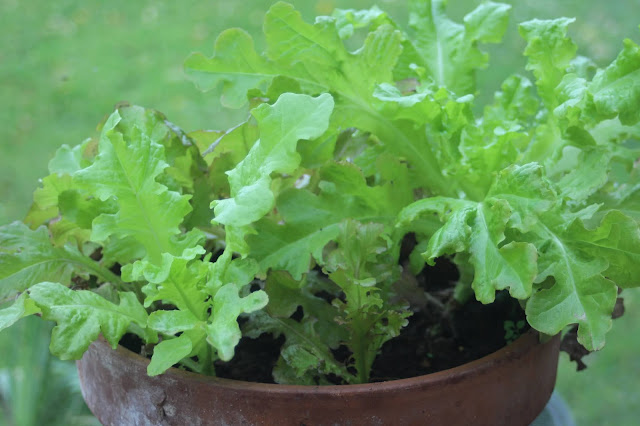 I fear these colourful leaves won't last for long before they are blown down.  Mainly different maples with an ash and what I think is a Red oak make up this grouping, as seen from the Knot Garden. 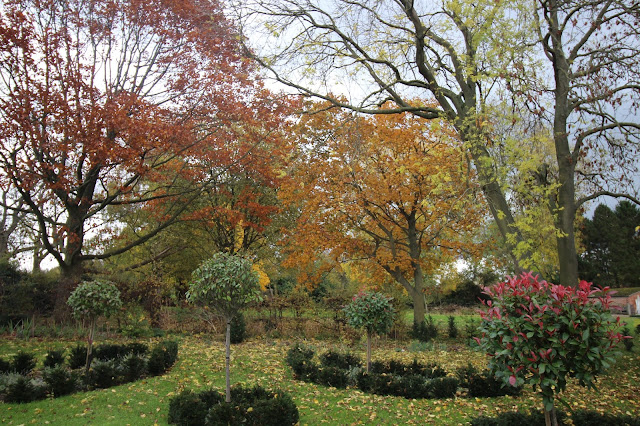 That's all from my garden this week.  More lovely gardens are featured on The Propagator, who hosts Six on Saturday.