THE END OF AUGUST IN THE GARDEN

It's gone cold! Last week there were a few mentions of Autumn being in the air.  I refused to believe it... but I do now.

Here's some photos of what's looking good in the garden this week - taken in the breaks between showers!

This is a perennial sunflower, bought last year, after admiring it in the garden at Norwell Nurseries 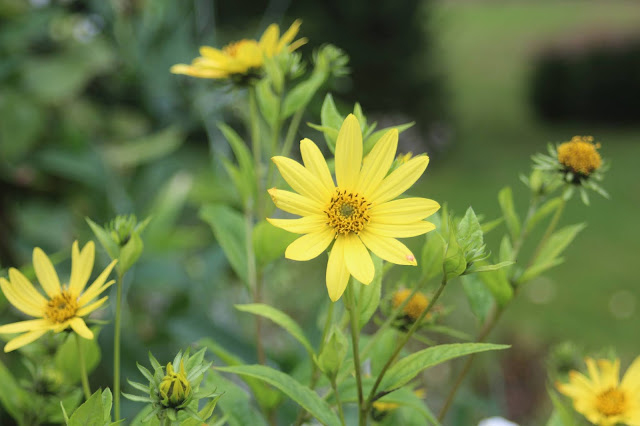 It's been popular with the bees. 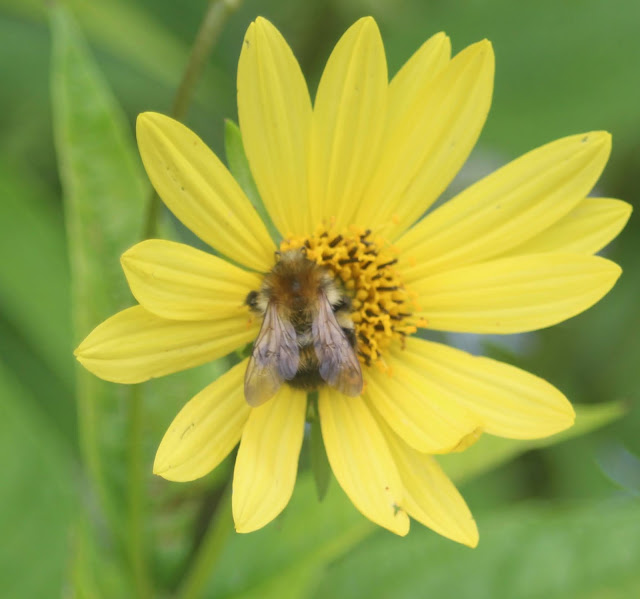 This is tall plant - taller than me.  It has suffered in the storm this week, but enough of it remained upright for this photo.  And I see there's another bee enjoying the nectar. 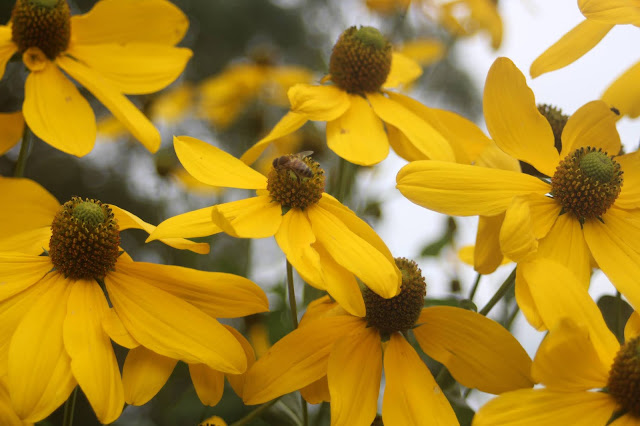 3. View of the Long Border

A general shot along the long border, with that tall Rudbeckia in the centre of the picture. 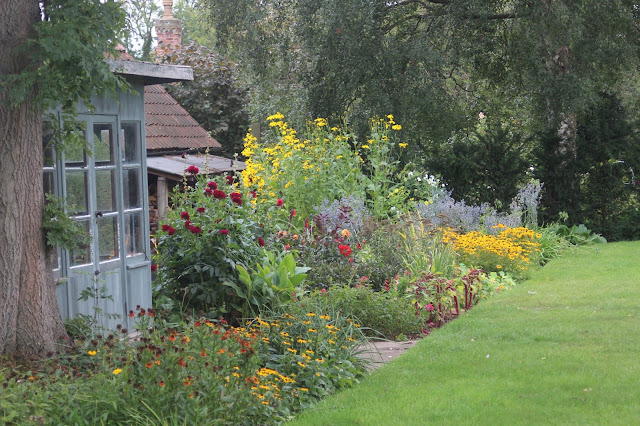 These plants always bring a smile to my face.  They look so comical with their long elephants trunks, which keep on growing even when they have reached the ground.
I first saw these growing at Hanbury Hall in the recreated parterre, where they were very striking. 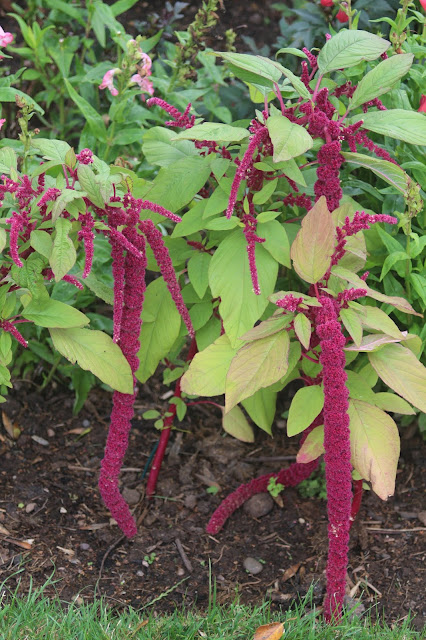 This is the healthiest dahlia I've grown.  I lift the tubers each year, and they are huge: far too big to fit in any pot I own.  They are never staked, despite growing 5ft tall,  and they keep flowering all Summer. You can see it growing next to the Summer house in picture number 3. 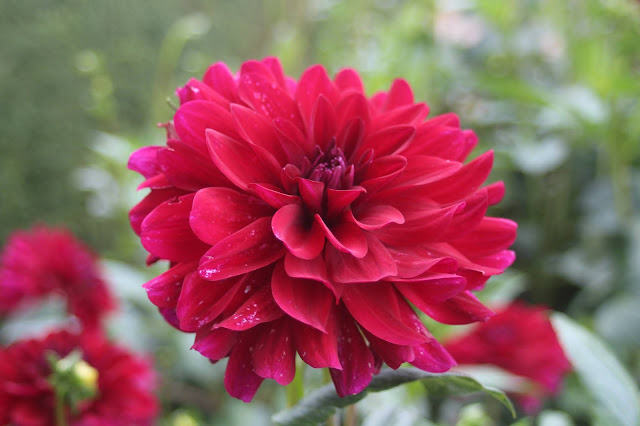 I've been watching the buds forming for the last couple of weeks, and now she is ready to put on a show.  Sadly though, the planter and obelisk she grows on is falling apart and I will have to find a replacement. 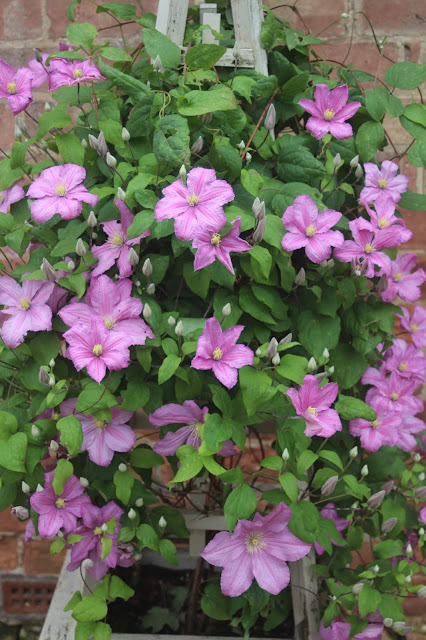 That's all from the garden this week.   Fingers crossed for some dry days next week.  Thank you to The Propagator for hosting Six on Saturday.
Labels: Garden diary The Long Border