IF YOU CAN MEET WITH TRIUMPH AND DISASTER ...

and treat those two impostors just the same...

Did Rudyard Kipling have vegetable gardening in mind when he wrote that?  I think perhaps he did.

This week I'm sharing with you my Triumphs and Disasters.  I'll try not to take credit for the Triumphs whilst laying the blame for the Disasters on the weather, pests etc etc.  I will instead gracefully acknowledge that the Triumphs are also due to factors without the control of the gardener.

For the first time in ten years of growing tomatoes I have actually grown as many as we can eat.  In previous years I would be impatiently waiting to have enough for a tomato salad, but not this year.  The photo is of a Black Russian which was as juicy and tasty as any tomato you could wish for. 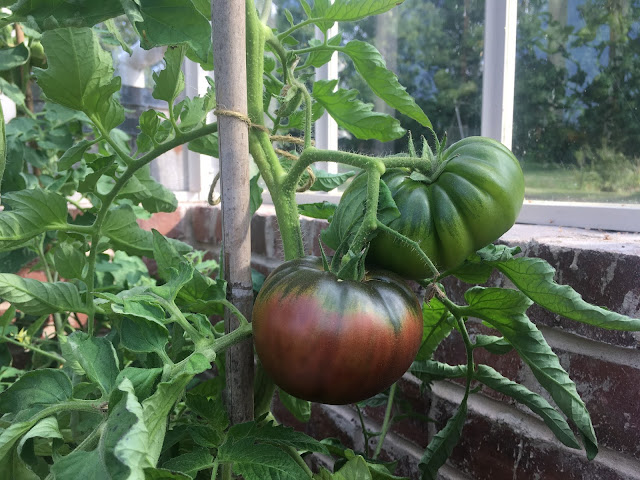 In a fit of lock down preparations, I ordered more seed potatoes than I normally would.  I've just dig up the last of the Charlottes and we've started on the Pentland Javelin.  As someone who normally buys their potatoes from the supermarket in bags where each is roughly the same size, the fact that some have been tiny and some much larger, has been a surprise. 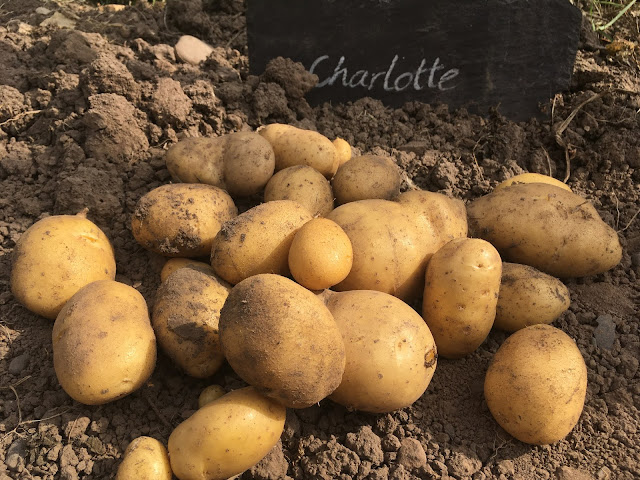 I hope I'm not counting my chickens before they are hatched, but these are looking promising.  They should turn red when they are ready.  I've bought pepper plants before, but they've not produced much.  These were much cheaper, as I grew them from seed, and have grown better. 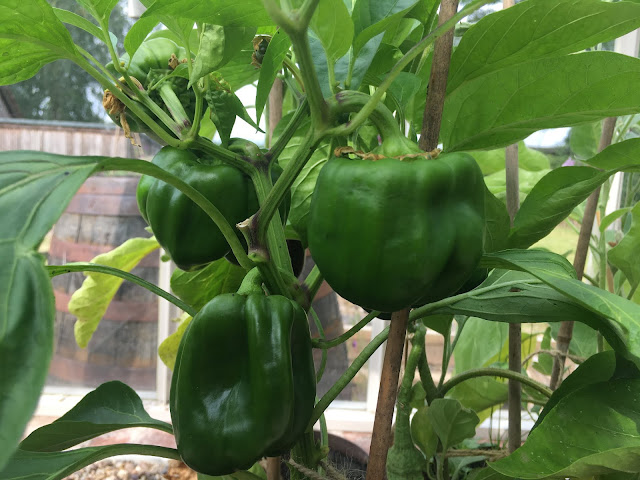 I'm also pleased to have grown this aubergine from seed.  I've been waiting to see if it gets any bigger, but it hasn't, so its going to be picked and cooked. 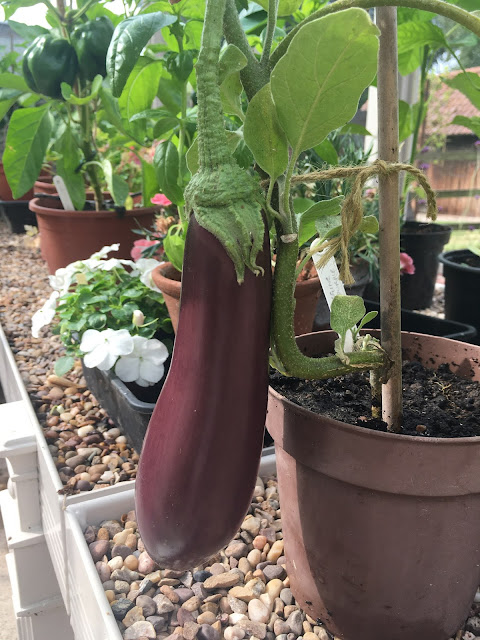 I grew these last year and had enough to stock up the freezer as well as plenty to eat fresh.  This year has been a black fly nightmare.  The ladybirds turned up, but have failed to eat enough of them to solve the problem.  I'm still getting a few beans, although they are somewhat deformed. 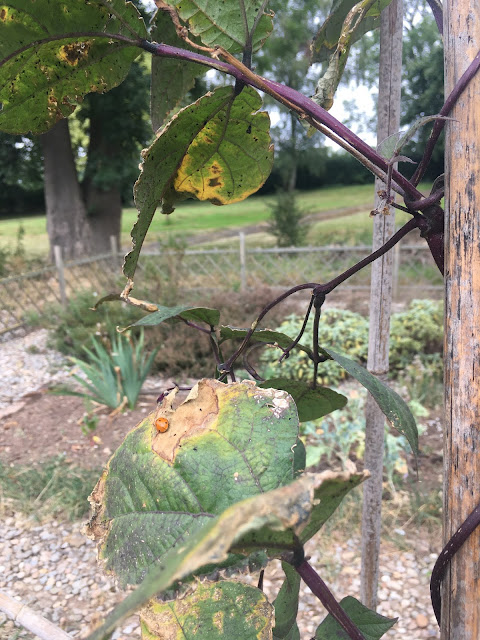 I've not been able to grow brassicas sucessfully, so this year I limed the soil and fertilised it to give them the best start.  Lock down meant I couldn't buy any protective fleece/netting but I didn't think I would need it.  Oh - I did, didn't I?  Luckily the caterpillars also ate all the kale, which means I won't have to, so every cloud and all that... 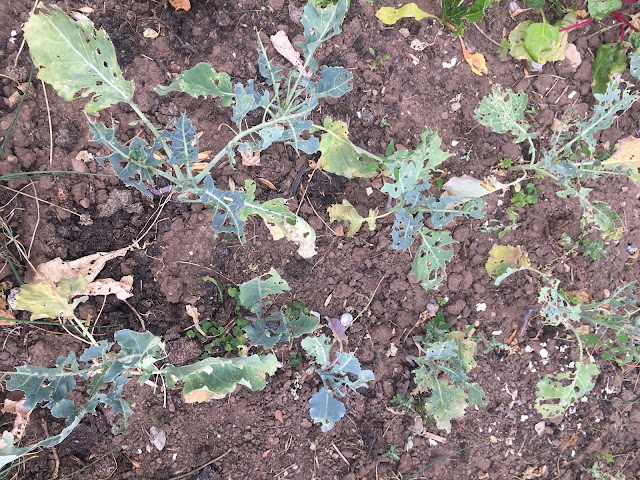 So you counted up and found there were more Triumphs than Disasters?  Is that really in the humble spirit of the poem you quoted at the start I imagine you are asking?  Well part of the reason is that the other disasters couldn't be photographed as they didn't even germinate - carrots spring to mind.
I've come to the end of my post, but I wanted to make one final mention of 'If'. (Which if you wanted to reread you'll find  here).  I'm going to confess that I've always had a problem with the final lines.  The idea of filling ' the unforgiving minute with sixty seconds' worth of distance run' seems absolutely exhausting.  I think he should have written something more like:-
'If you can sit just for a minute and have a cup of tea and a biscuit,
Yours is the earth and everything that's in it,
and which is more - you'll be better company.'
What do you think?
As always, many thanks to the Propagator for hosting Six on Saturday.  The links can be found here
Labels: The Potager