PLANTS TO MIX WITH ROSES

Considering that it is July, the weather has been rather cool, but that means it's been a good week for gardening. It's not too hot and not too windy and not too wet.  What have I been up to, I hear you ask with bated breath?  And will there be photos?
I'm afraid I have to disappoint you there, as nicely weeded soil and plants that are wilting in despair at being moved do not good blog posts make.  So I will instead post the latest from the Rose Garden, with the focus on plants that mix well with roses.

Campanula lactiflora 'Prichard's Variety' and Veronica longifolia 'Blue Shades' are in the foreground in this shot across the Rose Garden.  Adam Frost once told me blue is a 'get out of jail free card' in garden design as it will mix successfully with anything. Since most old roses are in shades of pink and white, blue helps to enliven the mix. 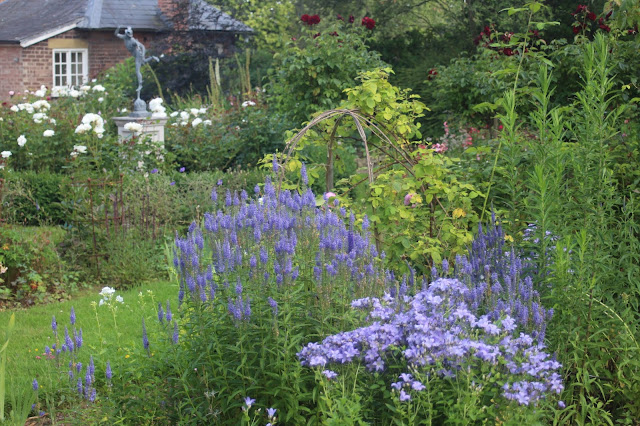 You may recall me moaning mentioning some red Phlox in the long border that was rather too pink.  I've moved some to this border in the Rose Garden where it's mixed with Geranium 'Ann Folkard' and Heuchera 'Green Spice'.  They are all plants relocated here as a bit of an experiment in dark pinks and reds.  There are mainly dark red roses in this border to continue the colour theme. 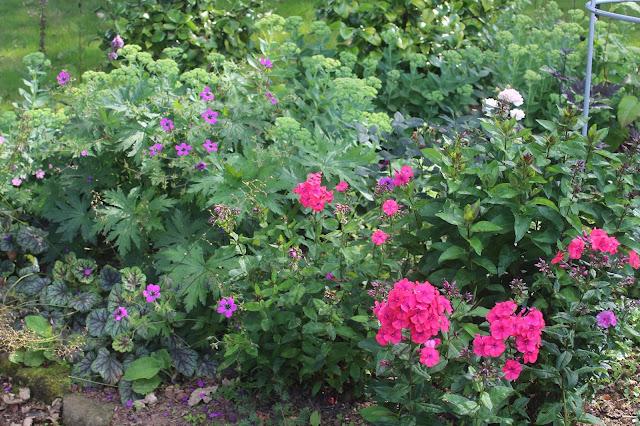 I grew a batch of Penstemon from seed quite a few years ago.  They are pretty, but lacked much impact in the border.  I took a load (technical term) of cuttings last autumn and most of them grew, so I've lots more of these plants.  I've planted them out in drifts of the same colour and fingers crossed they may make a better display.
I'll let you know how they get on. 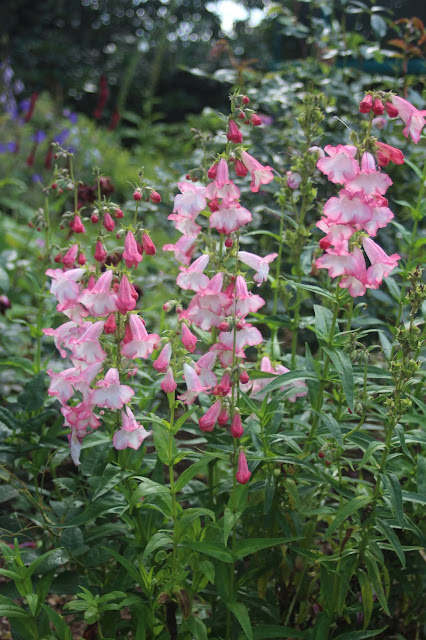 This is a pretty off white rose, sometimes very pale pink, with a good scent.  I have a lot of them in the Rose Garden, where they fill the central circle and are under planted with Geranium Elke.  I chose Elke 1) because I like the flowers and 2) because it seems to be fairly low growing and won't shade out the lower stems of the roses like the Alchemilla Mollis that was here. 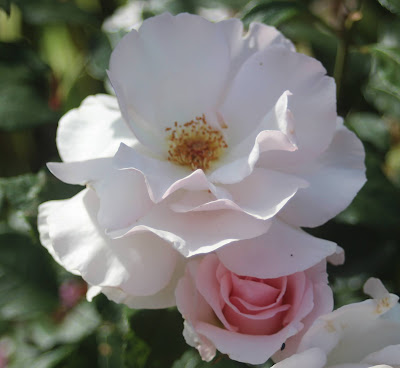 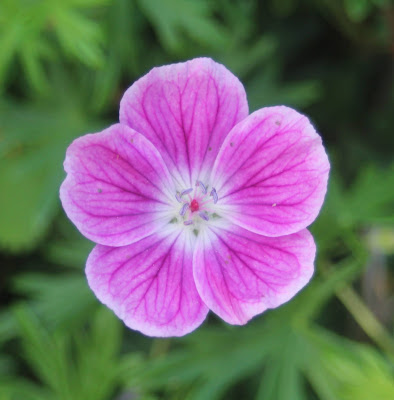 I usually walk around the garden to take my photos, and have my favourite view points and compositions.  Today I sat on a bench instead and found a different view of the Rose Garden where it meets the gravel sitting out area.
The bright red rose in the foreground is planted with Lavender 'Munstead' and prostrate Juniper of some kind which was one of the garden's original inhabitants. 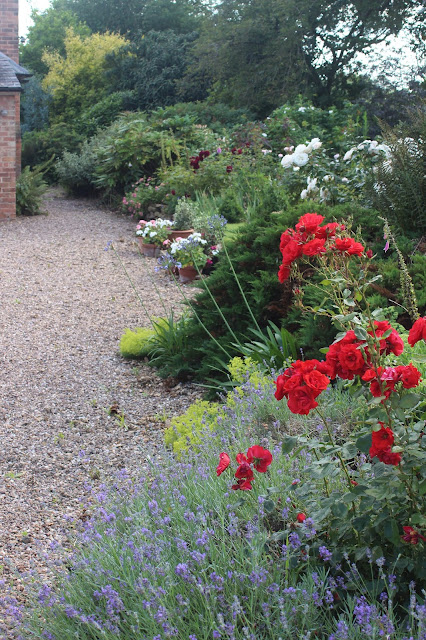 This clematis has taken an absolute age to get going.  Admittedly I did have to move it early on and cut it back when it was still not established and therefore it's my fault and not that of the plant.  We've also cut some stuff back and given it loads more light.  It was introduced in the 16th century and I can see why they would have liked it.  Doesn't  it reminds you of the pleated and puffed sleeves of a Shakespearean costume? 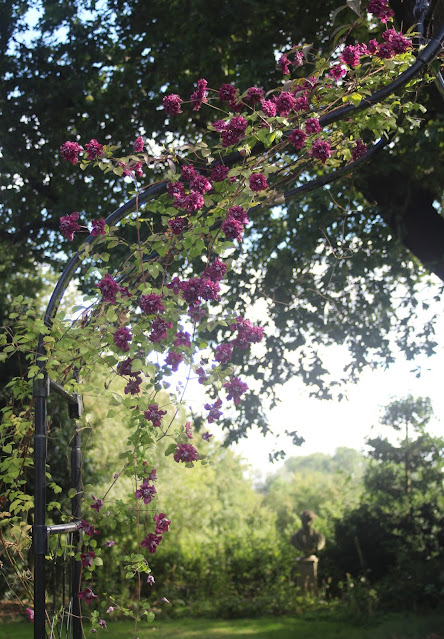 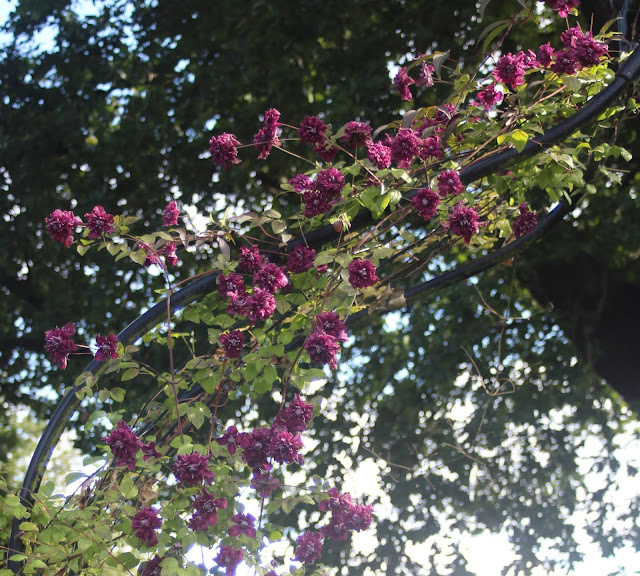 I seemed to use up my Six quite quickly this week.  I hope you enjoyed them.  Next week, will be the tenth anniversary of us moving here.  I'm hoping I can find some early photos of the garden to do some kind of before and after.  I accept that the person most interested in this will probably be me, so take this as an advance warning!
More Six on Saturdays can be found on The Propagator where you will find blogs by other keen gardeners from around the World.
Labels: Roses The Rose Garden