We've had plenty of rain this week, so actual gardening has been a bit limited.  The garden has thrived on this neglect and it was difficult to choose what to feature in this weeks Six on Saturday, as there is so much to choose from.  In the end the choice was made based on what photographed well.
There are plenty of roses, of course, so I'll start with them.

This is one of the Damask roses.  It's a big plant and could do with some support (more than I've given it anyway).  Growing around it are some white Campanula persicifolia, originally grown from seed, but now happily seeding themselves. 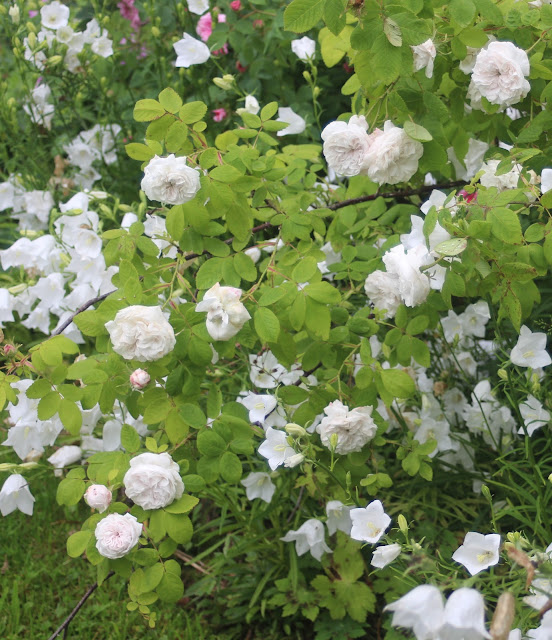 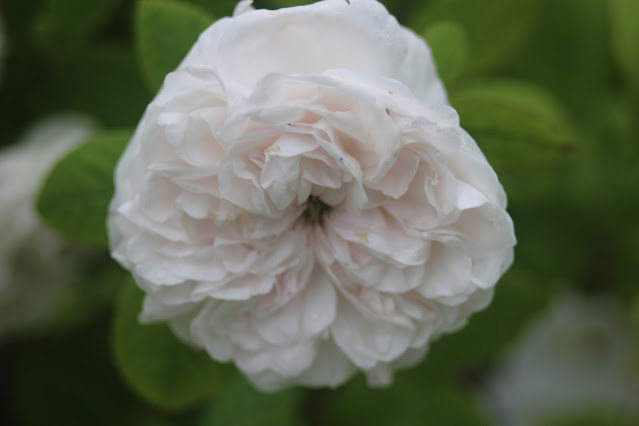 Here is a general view of the Rose Garden, which is dominated in the centre with white roses.  They are mainly Margaret Merril with some Iceberg as well.  Mixed in with them are foxgloves, geraniums and day lilies. 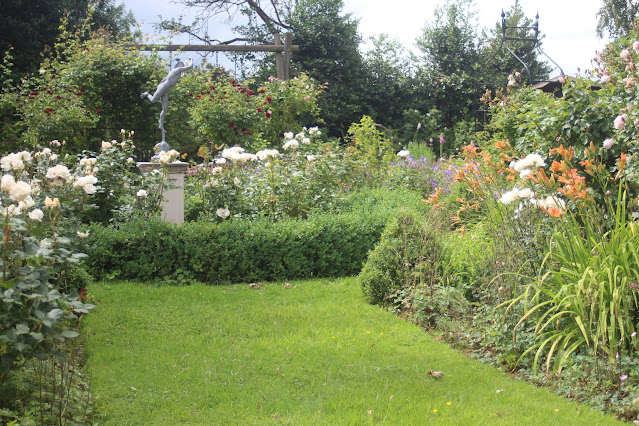 It's the first time I've grown this rather fashionable plant, with it's dusky purple drooping heads. The seed was sown on 1st March, so they grow quite fast.  I understand they should seed themselves around now. 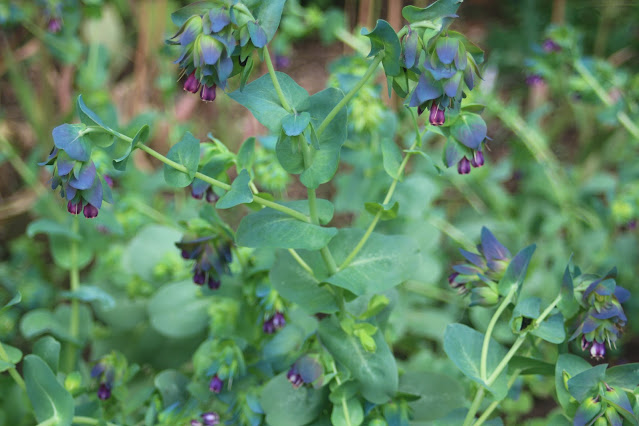 A blue combination from the Long border.  Have you come across these shrubby herbaceous clematis?  They don't climb , but instead are clump forming.  They are nice enough, but their flower heads aren't very showy.   Perhaps they need to be at the front of a border where you can look down on them. 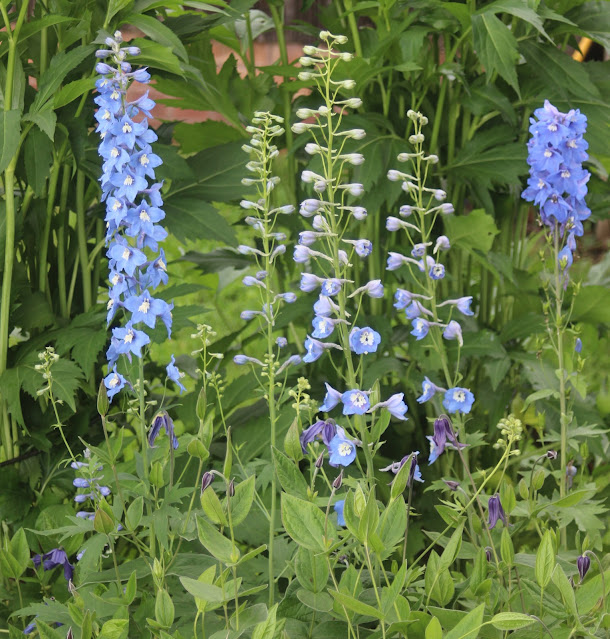 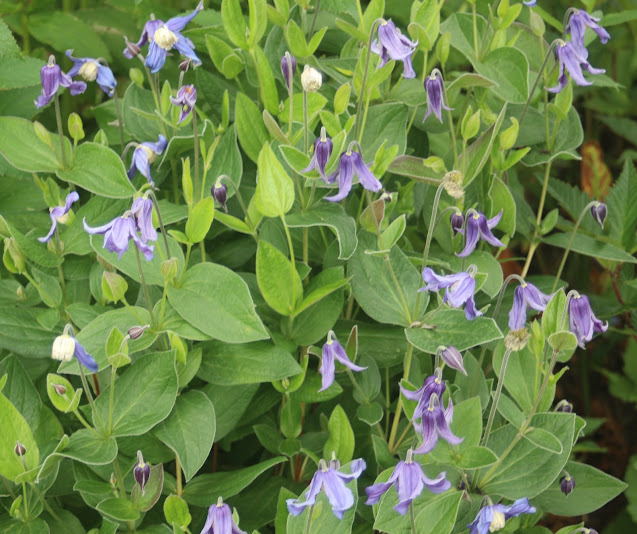 When I first designed the Rose garden I wasn't sure what to plant alongside the Roses.  Geraniums and Astrantia were two plants that had to be included.  Astrantia 'Roma' has grown into some decent sized clumps.  These must be five or six years old now. 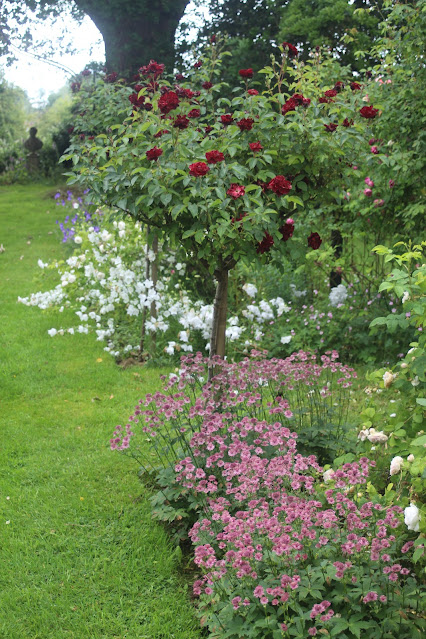 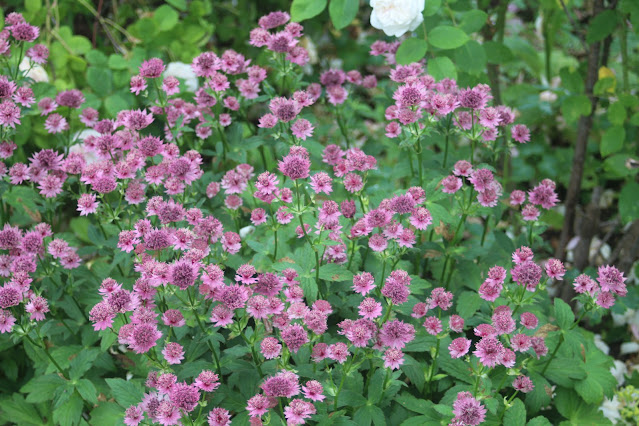 There seem to have been a few cat's appearing in these Six on Saturday posts, and I'm afraid I couldn't resist joining in . For the more gardening minded, the pots are filled with some of the smaller hostas, fushias grown from cuttings and some teeny, tiny Busy Lizzies grown from seed. 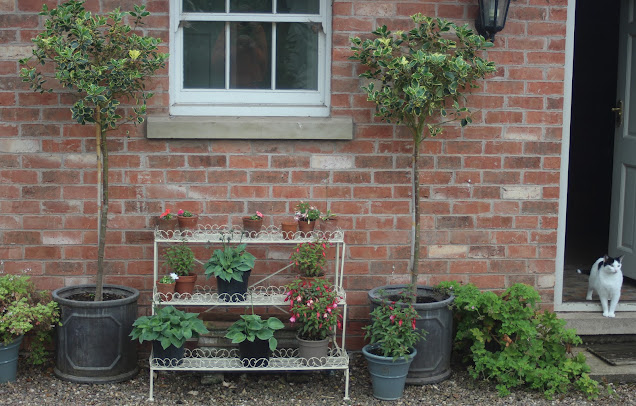 That's all from my garden for this week.  Many thanks, as always, to The Propagator the creator of Six on Saturday.
Labels: Garden diary Roses The Rose Garden