It's been quite a week weather wise, with more storms expected this weekend.  The gale  force winds did not leave us unscathed., and after that came the snow.  All in all, opportunities for getting out in the garden were very limited.

On Sunday morning we woke up to find a Hawthorn tree from the field next door had blown down and completely blocked the drive.  Thankfully the local farmers were straight round to rescue us and had the tree cut up and lifted away in next to no time. 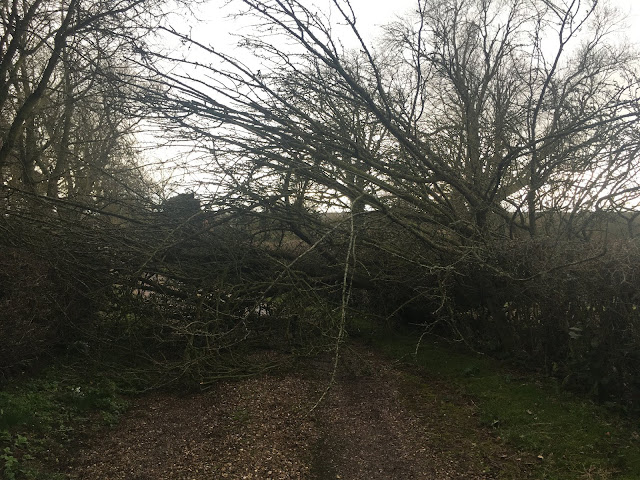 The snow came as a bit of a surprise. I  had already retreated indoors out of the wind, and was tucked up snugly with a good book when it started coming down in huge soft flakes.  Magical. 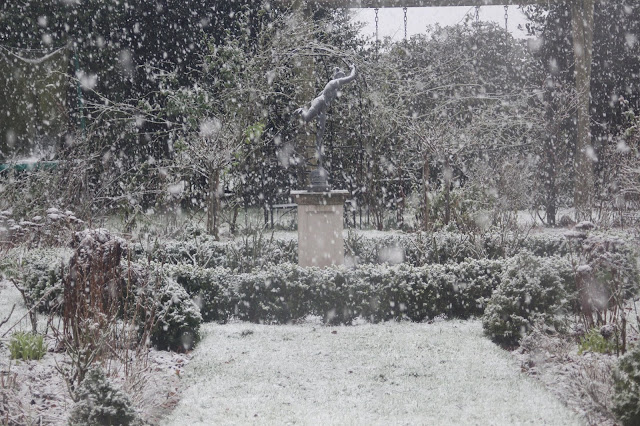 There was time to do a few things outside this week.  I moved these standard Ilex into pots either side of the window to beef up the display round the back door (the door we and all our visitors use - this being the countryside).  It's nice to have something seasonal here as I pass these pots several times a day.

One thing that strikes me though, is that despite these pots being pretty big in real life, they look rather small in the photograph. 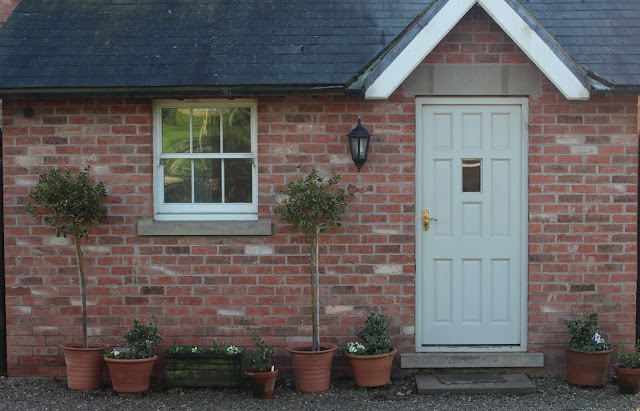 The first Narcissus February Gold has opened it's flowers.  I haven't grown this variety before.  I chose it because it was an early variety and there's not much in flower this time of year.  It's also rather delicate looking, which I prefer as it makes it look more natural threaded through the snowdrops under the trees. 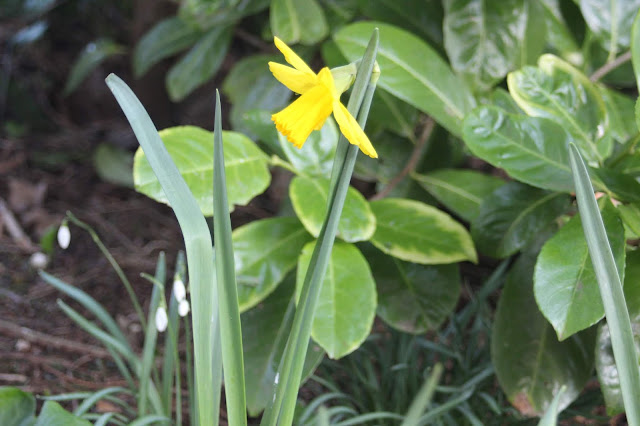 These tulips are aptly named 'Tulip The First'.  They are mixed in with snowdrops and Hellebores in this border for early Spring which was planted in 2016.  There were a few signs of them two weeks ago, and they are now sufficiently open to make a worthwhile photograph.   Many of the other bulbs that originally made up this border have dwindled and disappeared, such as the Crocus and Iris Reticulata.   'The First' has proved to be reliable though, and makes a pretty show despite having been nibbled here and there. 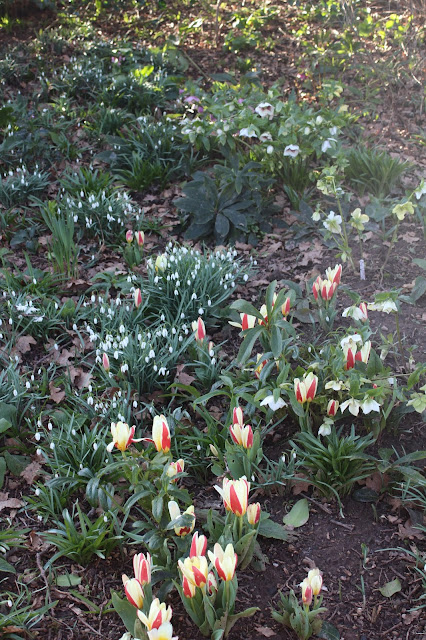 The fresh bright foliage of day lilies is one of the first perennials to appear in our garden.  How fast things seem to be growing and developing now. 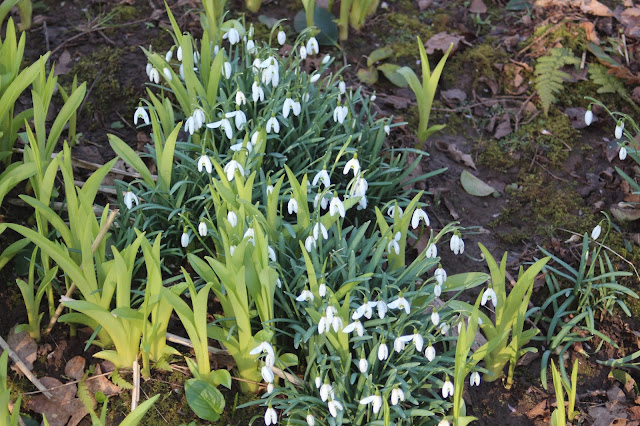 Despite the wind, rain and snow, the weather gods had time to send us a little sunshine too. 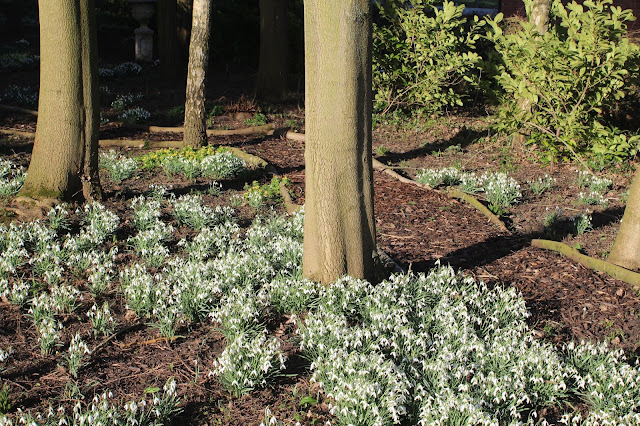 That's all from my garden this week.   If you'd like to hear from other gardeners about what's happening in their gardens, then visit The Propagator, who kindly hosts Six on Saturday.